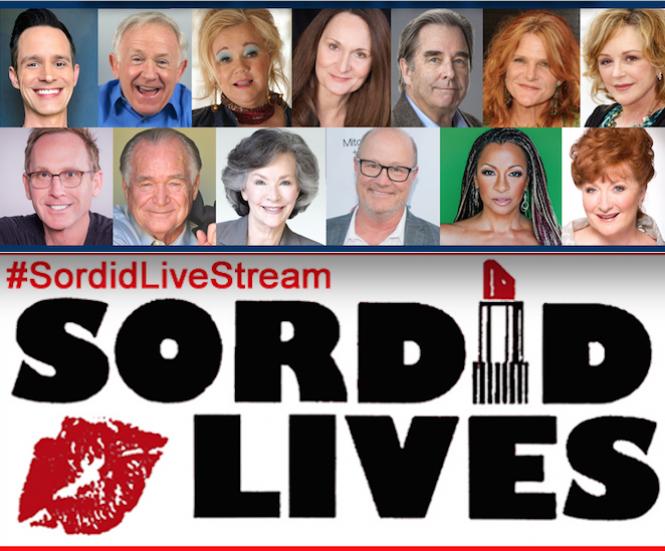 Whether you're new to the hilarious camp play, film and series, or a diehard fan, be sure to tune in for The Del Shores Foundation presents a one-night-only benefit reading of the original Sordid Lives play by Del Shores.

The reading will be live-streamed on YouTube and Facebook on Sunday, May 31 at 5pm Pacific/8pm Eastern, hosted and produced by Emerson Collins and playwright Del Shores.

Cast members from the original 1996 play will perform, along with stars in the cult-hit 2000 film, LOGO's 2008 Sordid Lives: The Series and the 2017 marriage equality-themed film sequel A Very Sordid Wedding.

The free live-stream reading and accompanying auction of Sordid Lives memorabilia is a benefit fundraiser for twenty-three live theatre companies who are associated partners of the Del Shores Foundation. Their mission is to find and facilitate the development of new southern queer artistic voices. All of the artists are donating their time and 100% of proceeds will go to the theatre companies.

The popular black comedy features a rural gay actor struggles to come out to his eccentric, dysfunctional Texas relatives. When the family matriarch trips over the two wooden legs of her lover in a seedy motel room, her funeral brings three generations back together in a story about learning to love others as they are, not as you wish them to be.

Tune in on YouTube and Facebook on Sunday, May 31 at 5pm Pacific/8pm Eastern.
Donations to the benefit can be made at www.delshoresfoundation.org