Online Extra: Keala Settle: This is her! 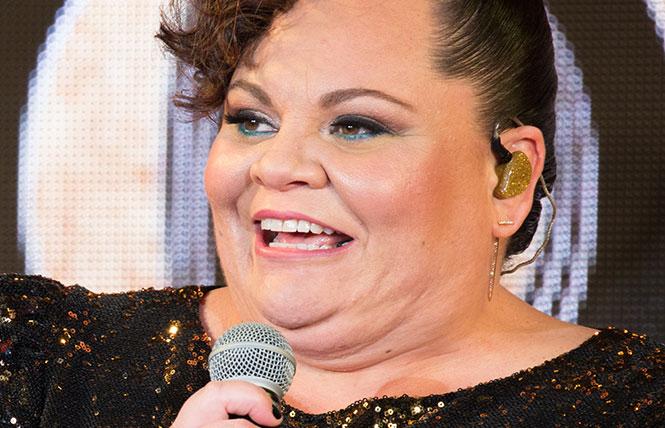 Singer-actress Keala Settle: "I love the whole human condition, with its ups and downs." Photo: Courtesy the artist

If you don't think you know who Keala Settle is, a single song title will make you realize otherwise: "This Is Me." Settle's indelible delivery of that self-empowerment anthem, written by Benj Pasek and Justin Paul for her role as bearded lady Lettie Lutz in the 2017 film "The Greatest Showman" alongside Hugh Jackman, brought her worldwide recognition.

But, as San Franciscans will learn when Settle, 44, sits down with Broadway historian Seth Rudetsky on the stage of the Herbst Theater next Sun., March 15, for an evening of conversation and song, the spectacular success of "This Is Me" is just one facet of an endlessly fascinating life.

A native of Hawaii, Settle is the daughter of a British father and a Maori mother who spent much of her own early life in New Zealand as a studio session singer and touring vocalist with her older brothers' band. In high school, Settle fell hard for Shakespeare, and her early acting aspirations were all about the Bard. "I love the rhythm of iambic pentameter," she recalled in a recent interview with the Bay Area Reporter.

Settle eventually ended up on Broadway, debuting in "Priscilla Queen of the Desert" and Tony-nominated for her role in "Hands on a Hardbody," one of the most original (and sadly, most overlooked) musicals of the past decade. There were also stints in "Les Miserables" and "Waitress," and a gig singing back-up for Gladys Knight in Las Vegas. Two years ago, at 43 years old, and days before she sang on the Oscars telecast, Settle was diagnosed with Moyamoya disease, a rare cerebrovascular condition for which she later underwent a 10-hour brain surgery. Then there's the worldwide concert tour with Jackman, the collaboration with millennial gay star Todrick Hall, etcetera ad infinitum.

So with such a storied life and career, how does it feel to be regularly nutshelled as the "This Is Me" lady?

"It's interesting," Settle said with a chuckle. "That part was a great opportunity, and I'm forever grateful. But there is a certain sense of dread every time I get asked to sing it. People now expect me to sing it every time I perform. By the time I get to a venue and I'm about to go on stage, I'm incredibly excited. I love performing it live, because every audience is different, and they come because they feel like they are part of the song and its spirit.

"One of the last cities we did on Hugh's tour was Mexico City. I was floored when I went on. The crowd was truly roaring. It sounded like an air raid. Then as I'm singing the song, I'm hearing the audience sing along, every word, in English. Moments like that make you realize what an opportunity I have. How that song can help me make an impact."

Having tasted grand-scale success and reaped some of its attendant rewards, Settle said she's in no way in thrall to the fame game.

"Lately, I've been writing music and working on an album that, in a way, goes back to musical storytelling in the tradition my mother grew up in. I love recording in the studio, because there are things you can do there that you just can't do on stage. But performing live feels great, too. I'll take it all. But it's not driven by finances. I only want to do work for the sake of art, and I want to work across all the mediums I can. If I could paint, I'd do that, too. I love the whole human condition, with its ups and downs. And I love the artistic expression of it all."

Is there any role she'd especially love to play?

"Hamlet! Or maybe a stage musical version of 'The Rose,'" she suggested, before pausing to reflect for a moment. "I don't think the ideal role for me has even been created yet."