Online Extra: On the waterfront! 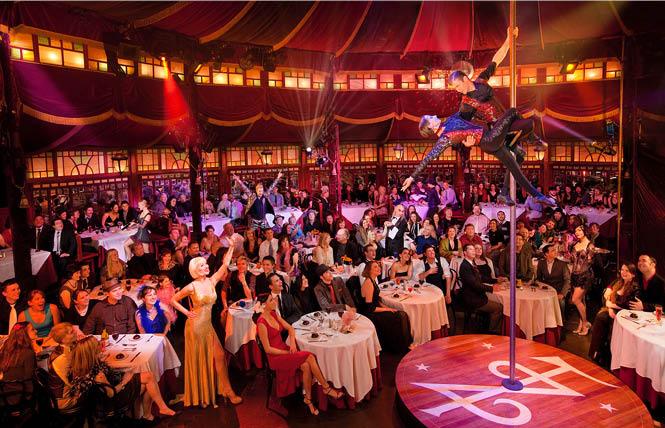 Longtime dinner theatre-circus-extravaganza Teatro ZinZanni is coming back to San Francisco! The troupe announced this week that the production will raise its vintage spiegeltent on San Francisco's Embarcadero once again in 2022. Mayor London Breed has signed the resolution that was backed by a series of unanimous votes in support of the project, made by the Board of Supervisors, Port Commission, Planning Commission and Historic Preservation Commission in 2019 and 2020.

"We have worked for almost a decade to return to the city we love," said Norm Langill, founder of Teatro ZinZanni, in a statement. "We know it would not have been possible without the strong support of the community, our artists and our fans. We are overwhelmed by the love and support year after year."

The partnership TZK LLC presented a new vision for the site that includes plans to showcase the century old Belgian spiegeltent — the Palais Nostalgique — at the heart of a 192- room hotel and a 14,000 square foot park. The spiegeltent will be housed in a glass-walled pavilion, with the backstage hallways visible to pedestrians walking on the Embarcadero. The partners expect to break ground in the fall of 2020 and they anticipate the build to take about 14-16 months.

Watch for more about the project and its eventual opening in the pages of the B.A.R.