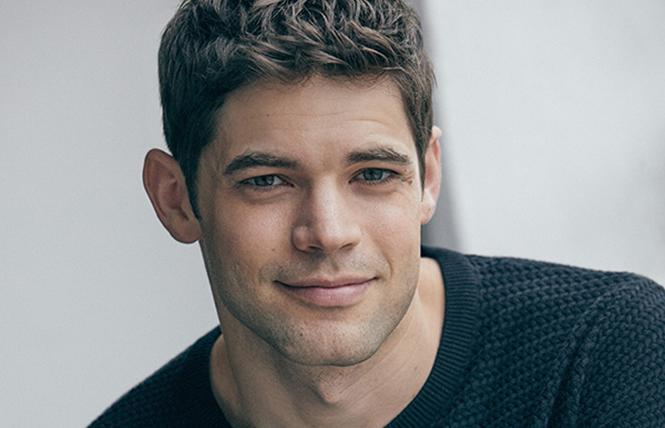 Jeremy Jordan will appear at the Herbst Theatre. Photo: Courtesy the artist

A Texas-born Dallas Cowboys fan with a hunky build, high-wattage grin and serious vocal chops, Jeremy Jordan could have easily built a career on the sort of anodyne leading-man role that first shot him to fame in 2012, when he played Jack Kelly in the Broadway production of Disney's "Newsies."

Having then appeared as Dolly Parton's son in the movie "Joyful Noise" and good guy Winn Schott in TV's "Supergirl," Jordan, who appears in conversation and concert with kibitzer-pianist-Broadway-know-it-all Seth Rudetsky at the Herbst Theatre on Jan. 19, has certainly played his share of All American boys, but he can currently be seen portraying a far more nuanced character in "American Son," a topical, tension-wracked urban drama starring Kerry Washington that closed on Broadway early last year but is now streaming on Netflix. In the play, Jordan plays a rookie cop who unconsciously buys into racial and gender stereotypes, outraging an African-American woman whose son has gone missing. It's a finely shaded role that offers audiences a new perspective on Jordan's talents. 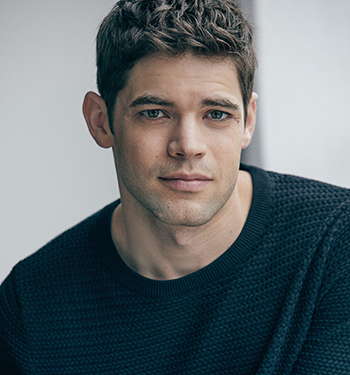 Jordan explained that director Kenny Leon helped him "get inside the mind of someone who was raised differently than I was. He actually doesn't realize that some of the things he says are racist. But at core, he's a good human being, or at least he really believes he is.

"A lot of people who watch it, especially white people," Jordan said, "may initially see themselves in that character. I think it really speaks to how we all have to be a bit thoughtful how other people perceive us. We haven't all shared the same experiences, and there are moments when you end up being less sensitive than you might assume yourself to be."

Jordan, now 35, readily acknowledges that being immersed in the theater world since leaving home to pursue his B.F.A. at Ithaca College has broadened his own perspectives on race, gender and sexuality. "A million times yes!" he said. "I grew up in South Texas in what was maybe a little more liberal household than others there, but it wasn't until I entered the New York theater scene that I really started to see across barriers and make all kinds of friends."

On social media, Jordan, who is married to actress Ashley Spencer, with whom he has a nine-month-old daughter, playfully jokes about being mistaken for the gay porn star who shares his name ("Big As They Come III"). For almost 10 years, Jordan has developed his concert and cabaret acts with openly gay music director Benjamin Rauhala. They came up with the idea of performing a medley of tunes written to be sung by Disney Princesses, a routine he's likely to include in his Herbst appearance. Jordan recently completed shooting a lead role in "Spinning Gold," a bio-pic about Casablanca Records founder Neil Bogart, who helped shape the 1970s careers of an eclectic collection of artists including Donna Summer, KISS, T. Rex, Village People and Parliament.

Between life as a father, "Spinning Gold" and "American Son," Jordan will have ample new conversation fodder for Seth Rudetsky in San Francisco. The twosome previously appeared at the Herbst in 2018. Rudetsky has built a cottage industry hosting conversation-performance hybrids with Broadway stars in cities around the country, but this event is the first time he's interviewed a performer for a second time in the same town.

"I'm sure we'll do some of the songs people expect to hear," said Jordan, "but I'll also have some surprises. And there's plenty to talk about."