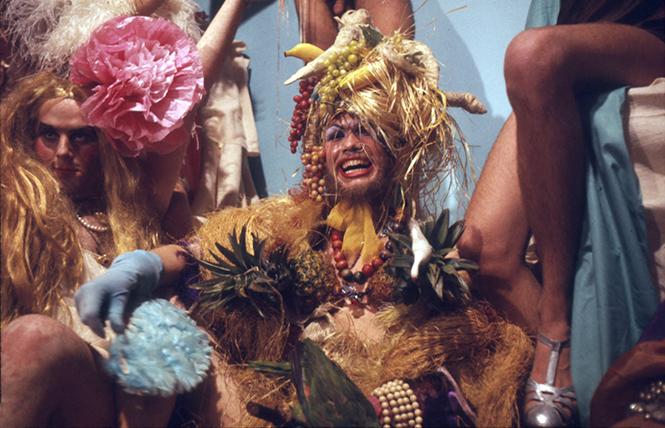 The Cockettes were a legendary avant-garde theater group who struck a chord with audiences during the early 1970s. Founded in 1969, the Cockettes were based in the Haight Ashbury. They celebrated queer culture by incorporating elements of silent film, Hollywood of the 1930s and 40s, and Broadway musicals into original shows performed in surreal, over-the-top drag. The troupe quickly gathered an underground following, gaining mainstream exposure soon after. They were considered to be pioneers of San Francisco counterculture.

The Cockettes will be celebrated at the Victoria Theater on Jan. 4 when "Cockettes Are Golden: A 50th Anniversary Celebration" takes to the stage. The show will feature opulent recreations of Cockettes musical numbers, with commentary offered by original members of the troupe, who will be there in person. The evening will be emceed by Russell Blackwood, founder of the Cockettes-inspired theater group Thrillpeddlers, which disbanded a few years ago. Original Cockette Scrumbly Koldewyn will be on hand to provide musical direction.

"The audience went crazy for us," Koldewyn recalled of the Cockettes' early days. "Though we were basically only dancing freely and showing ourselves off. A couple of months later, the audience had grown from 300 to 1,200+. Somehow we were never surprised, but felt it was a really fun ride that might be over at any point."

Koldewyn wore more than one hat during the troupe's shows.

"I was both performer and musician at the piano and on stage until we found other people to play piano for us," he said. "Peter Mintun was with us the longest. I always had a solo and often a duet with Kreemah, Jeanette McDonald-Nelson Eddy style."

Koldewyn offered his own take on what it was the Cockettes did. 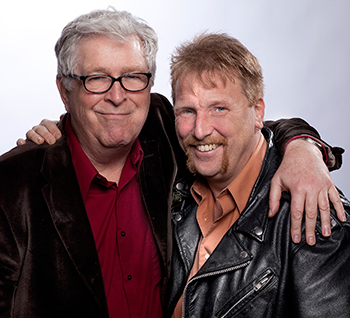 "We were like gentle punk-rockers in that what we did on stage was not the usual talented, polished performances seen in live theater," he said. "What we had to say was poetic, artistic in a raw way, but it spoke to the audiences. They attached deep meaning to all we did, the way Beatles fans always speculated on the meaning of their lyrics. And our punk aesthetic was celebratory, celebrating gender- and sexual-role confusion and blending, glitter and sequins, classic movies, tearing down icons, showing our bodies, loving life."

B.A.R. asked Koldewyn why he thinks the Cockettes resonated with so many people of that time.

"Who knows?" he replied. "We were in the right place at the right time. Hippie movements were ending, and young people needed a new thing to energize them and bring them together to rally around and find more kindred spirits."

"Cockettes Are Golden" is being produced by local entrepreneur Dan Karkoska, who offers his take on why the troupe still touches a nerve today.

"In 1969 we were in a war we didn't want to be in, and we were being bullied by an administration that didn't seem to care," Karkoska said. "Gays and women were marching for their rights. Sound familiar? The Cockettes went to war against the norms through art and self-expression. They defied the status quo and lived their way through peace, drugs, sex, art and theater. Also, their song-crafting is so strong. The songs are so well-written, with catchy lyrics and beautiful melodies. Then you listen to some of the songs, and they are so dirty and delicious. No matter how hard they partied, took drugs and had free sex, they were talented and created some truly memorable songs and shows."

Drag was never the same after the Cockettes, according to Karkoska.

"Before that, it was looking like a lady, and sometimes going to jail for it," he said. "In the late 1960s mores had relaxed, but doing drag was still pretty edgy. They shopped at thrift stores for all these amazing 1930s clothes nobody wanted and made their own fashions. They were so cool, John Waters, Mink Stole and Divine all traveled to San Francisco to be part of the scene. The scene was the legendary, Haight Ashbury-hippie Summer of Love acid scene. They created beautiful anarchy."

Karkoska noted that 1969, the year the Cockettes were founded, was also the year that the gay revolution began with the Stonewall Riots.

"The Cockettes embraced the revolution and led the charge by using the arts," he said. "They define the ideal freedom of that era, sex, drugs and rock-and-roll. They were punk before punk. They were not gay only, they were gender-queer, so on that level they were way ahead of their time."

Karkoska described the Jan. 4 show as featuring Cockettes musical numbers performed by members of Thrillpeddlers. There will be movie clips, surprise guest performers, and recognition from the state, city, and the Sisters of Perpetual Indulgence. He promises a night of nostalgia, celebration and community. "San Francisco may not be the same town it once was before the tech revolution, but the artistic heart of this city is still beating and creating."