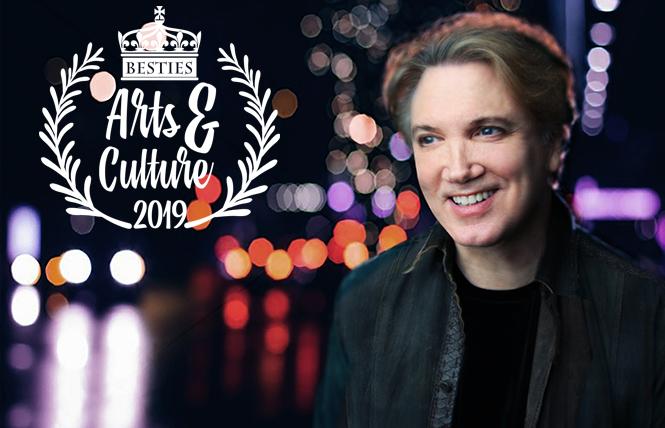 Monday night is not a usual night to step out and see a show. Which means we'll all be free to meet up at the Oasis on Mon., April 8, to see Charles Busch in his brand-new cabaret act.

Yes, but can he sing? That's what we wanted to know several years ago when Charles came to town not as the star of a play he'd written, but as the all-talking, all-singing star of a solo cabaret turn.

Turned out he could indeed sing. Oh, he was neither the Broadway belter nor the pop diva slumming with her back-up boys after an arena gig. He was an intimate man of sly wit, sharing confidences with us. His warm voice was husky à la Lauren Bacall, and as seductive. His way with a lyric was personal. Reviewer David Hurst called Charles an "interpreter of character and a diviner of emotion." Charles may not have known it, but he was on his way to becoming Mabel Mercer. 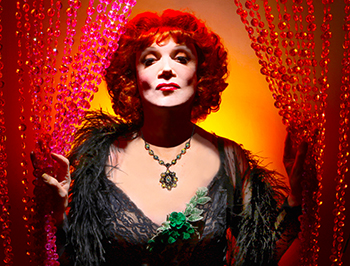 Charles Busch will open on Broadway in The Confessions of Lily Dare mere days after his Oasis appearance. Photo: Michael Wakefield

The show that first visit was "My Kind of 60s," a potpourri of the songs of Charles' youth. This time, it's "Native New Yorker," a more distinctly autobiographical serving of tales and tunes that brings the story up to "Vampire Lesbians of Sodom." As always, musical director and accompanist Tom Judson will be on hand. That's much to Charles' great benefit, and ours as well, for debonair Mr. Judson is an impeccable musician, a delightful duettist, and the most congenial company.

So. How does a slender, demurely voiced, androgynous, teenage would-be actor such as Charles Busch launch a career in the theatre? There weren't any roles for such a person being written when Charles was knocking on the stage door. "But I'm a pragmatic person," he told me during a recent telephone interview from his home in New York City, "and my goal wasn't fame and fortune. It was to earn a living without doing temp work. So I was overwhelmed when I saw Charles Ludlum when I was 18, and realized that I could have a career by creating my own theatre opportunity."

Mr. Busch has been doing that ever since, and has been the author and star of over 25 plays. Two of them have been filmed. "Vampire Lesbians of Sodom" remains one of the longest-running plays in the history of Off-Broadway. And mainstream success arrived when "The Tale of the Allergist's Wife" opened at Broadway's Ethel Barrymore Theatre in 2000, starring Linda Lavin, Tony Roberts, and Michele Lee. Even without Charles in the cast, it ran for 777 performances, and is the longest-running Broadway comedy of the past 25 years.

Pretty good for a drag queen. Oops, I gotta watch that nomenclature. It can make Charles a little wary.

"In the mid-80s theatrical circles, being called a drag queen could be a pejorative, implying you were a dope-smoking non-professional, and when off-stage, an extreme personality," by which I think Charles meant flamboyant at all times. "I felt dismissed when straight people called me a drag queen." Remember, it was a time when Charles Pierce maintained his (oft-discarded) dignity upon presentation to the straight world by insisting he was not a drag queen but "a male actress." Like Charles P., Charles B., too, identified with the legit theatre side of the equation. Not truly a female impersonator or drag queen, he explained to me, "I was merely writing drag roles." 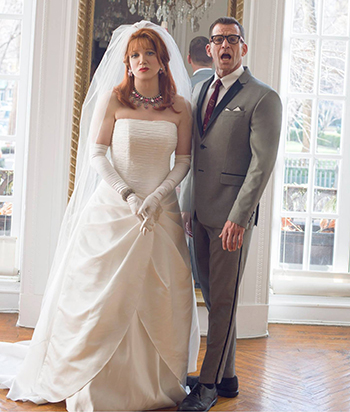 "When I was in London, an angry younger reviewer was harsh. In view of radical drag, he called me old-fashioned, too conservative."

The issue is moot at the moment, for Charles won't be performing in drag for this Oasis show. After all, he's presenting his own life, not a drag character. After performing his cabaret act for a while in the drag he was used to, and which his audiences expected, he'd felt a growing confusion. "I wasn't quite sure why I was in drag," he told me. "That image didn't fit my material. And the first time I presented myself out of drag, I felt good. But in this gender-fluid age, I thought, why did I have to be either this or that? So I became a more blended, androgynous act. A Salome without any veils at all. After all," he announced imperiously, "I'm not gonna give up my eyeliner!"

Charles reminisced about days long gone. "Now, I'd read 'Tales of the City,' and I was obsessed with performing in San Francisco. It was as if it was the Emerald City."

Charles found himself in a one-night benefit at Theatre Rhino, then the city's entry point for performers like Kate Bornstein and Justin Bond (as Mx. Justin Vivian Bond was then known). This led to a booking at the legendary Valencia Rose, a former mortuary turned into a cafe and cabaret. Exploding out of that place were not only Charles, but the likes of Marga Gomez, Tom Ammiano, and Lea DeLaria. After all, it was post-Stonewall and pre-AIDS. Exploding is what we did. So Charles had a long run there while living upstairs, next to the embalming room.

As for Monday's booking, Charles enthuses, "I love the Oasis! I played the Nikko Hotel once, and it's nice. But I feel more at home at the Oasis. It's so uniquely San Francisco."