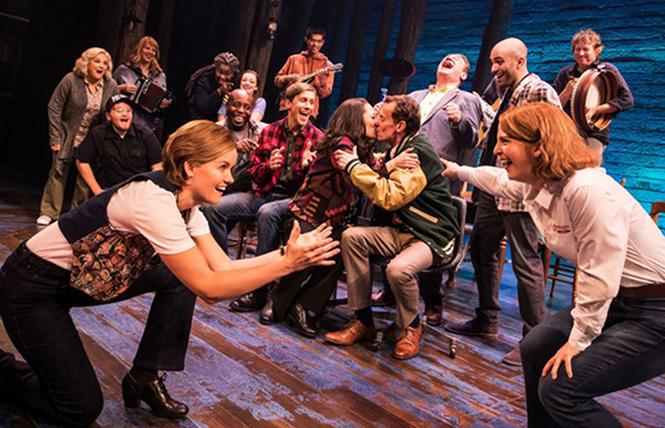 "Come From Away" is coming to the Golden Gate Theatre as part of SHN's season. Photo: Courtesy SHN

Of three I sing

"Come From Away," the critically acclaimed 2017 Tony nominee for Best Musical, opens at the Golden Gate Theatre on Jan. 9. Set in the small Newfoundland town of Gander during week after the 9/11 attacks, this heartwarming charmer is an it-takes-a-village tale of generous Canadian burghers rallying their resources to care for 7,000 traumatized travelers to the U.S. whose rerouted flights touched down north of the border. Heralded as a balm for troubled times when it opened on Broadway just two months after President Trump's inauguration, its positive outlook and faith in humanity is all the more needed two years down the road. The show's characters, including a gay couple, were inspired by interviews conducted with the real citizens of Gander and their unexpected visitors, in a creative process akin to Moisés Kaufman's work with the Tectonic Theater Company in developing "The Laramie Project."

Kaufman's own latest project is the second history musical to arrive this month: "Paradise Square", opening at the Berkeley Rep on Jan. 10 (currently playing in previews). Set in 1863, in the Five Points neighborhood of Manhattan where African-Americans and Irish immigrants comprise one of the country's first truly integrated communities, the show wrestles with the tensions that emerge as the Union Army draft begins. While white citizens are called up, blacks are banned from serving. The music is adapted from and inspired by the songs of Stephen Foster, and the dances, which demonstrate how African and Irish traditions melded into tap, have been created by the great gay choreographer Bill T. Jones. With a cast of 32 and band of eight, this is the largest production ever mounted in the Rep's 50 years. 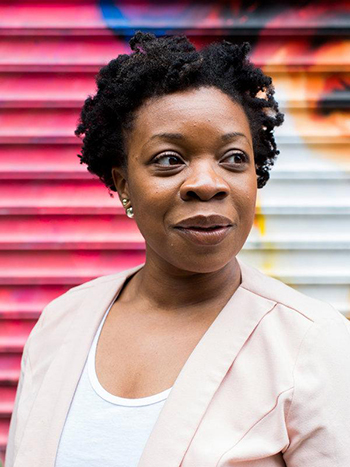 Lighting strikes twice for a pair of acclaimed young playwrights, local native Lauren Yee and Nigerian American Mfoniso Udofia, who will each have two plays produced locally in early 2019. In addition to being a coup for the writers, these productions offer an unusual opportunity for audiences to draw connections and distinctions across works.

Yee's playfully autobiographical "The King of the Yees," at San Francisco Playhouse beginning Jan. 22, delves into the history of Chinatown, from the Gold Rush to the present, while her "The Great Leap," at A.C.T. beginning March 6, centers on a transcontinental basketball rivalry that pits a San Francisco college coach against his one-time protégé, now at the helm of a Beijing team.

Udofia's "Her Portmanteau," at A.C.T.'s Strand Theater from Feb. 15, explores the two-directional culture shock experienced by an African woman and her New York-based mother and sister when they reunite after more than 20 years apart. The next month, Udofia's newest play, "In Old Age", has its world premiere at the Magic Theater. While the two plays are self-contained, their stories share a major character, giving audiences the chance to consider two actors' interpretations of the same role.

The King of the Yees, Jan. 22-March 2. www.sfplayhouse.org

One-person shows by 11 different Bay Area performers will be featured in the Playground Solo Performance Festival, between Jan. 24 and Feb. 10 at the Potrero Stage. Among the featured talents are LGBT favorites Matthew Martin, who will explore his lifelong fascination with tap-dancing; Michael Phillis, creator of Oasis' popular "Baloney" shows, parodying corporate culture in "Patty From HR Would Like a Word"; and Marga Gomez, performing an abridged version of her New York Times-lauded "Latin Standards." Two performers will be showcased each evening for a single admission price.