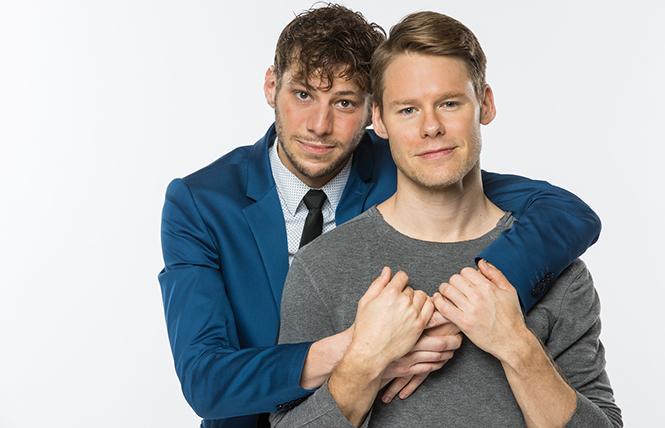 "When I was 16, I came out to my parents," says actor Randy Harrison. "And two weeks later, we were on our annual family trip to New York. I was a real theater kid, and my parents always let me choose what we'd see together. And that year, I picked Angels in America."

This was 1994, just months into the original Broadway run of playwright Tony Kushner's watershed spiritual, psychological and political response to the age of AIDS (full title: Angels in America: A Gay Fantasia on National Themes).

The actor Harrison saw in the role of Prior Walter, a young man with AIDS who is abandoned by his seronegative lover, was played by Stephen Spinella, a grad school collaborator of Kushner's for whom the part was custom-tailored. Spinella went on to win Tony Awards for his performances in both of the play's parts, Millennium Approaches and Perestroika (different opening dates for the two, which ultimately ran in repertory, allowed Angels to be up for awards in both the 1993 and 1994 theater seasons).

Later this month, a much-anticipated new production of Angels will open at Berkeley Rep. Randy Harrison will play Prior Walter. And Stephen Spinella will step into the role of Roy Cohn, based on the real-life lawyer who represented Senator Joe McCarthy and, later, the young Donald Trump.

The show's cast - which also features Caldwell Tidicue, better known as Bob the Drag Queen, who plays the nurse Belize - arrived in the Bay Area in January to begin rehearsing the two-part, seven-hour opus. In March, the Bay Area Reporter sat down with Harris and Spinella for a discussion about working together on a piece so pivotal in each of their lives.

"It was daunting at first," recalls Harrison, "but that was all in my head. It would be distracting if I thought about how Stephen played the role. But to be honest, it was so long ago that I really didn't remember anything specific about how he handled it."

"It's incredibly valuable to be working with people who know the material so intimately and have such a personal relationship to it," says Harrison, referring not only to Spinella, but also director Tony Taccone, who originally commissioned Angels' first half, Millennium Approaches, in 1981, when he was artistic director of San Francisco's Eureka Theater. Taccone went on to direct Millennium's debut here, and to co-direct the 1992 world premiere of the two-part whole at the Mark Taper Forum in Los Angeles. 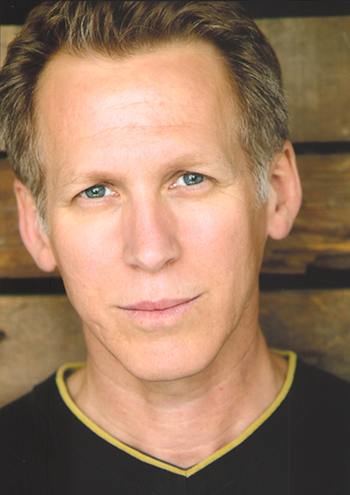 "You're lucky that you didn't remember anything I did," remarks Spinella, "because I remember a lot of Ron [Leibman, who won a Tony for playing Roy Cohn on Broadway]; it was an indelible performance in my head. I still have some of his line readings in my head, and there are some I've had to work to get rid of, because they don't fit with what I want to do.

"The thing about Randy for me," continues Spinella, who grew up in Arizona, the son of an airplane mechanic, "is that he fulfills something that I never thought I got: He has a natural aristocratic bearing; he seems like someone who really could trace his family back for a millennium. Prior is a guy for whom dignity and grace and a facility in the world are important. Randy brings all of that to it automatically, whereas I had to work so goddamned hard at it."

"I've wondered sometimes," says Harrison, querying Spinella. "Tony Kushner has very specific punctuation in the script, or words will be repeated, or there will be ellipses. Were they written in initially? Or were they based on how you performed it?"

"They were there from the get-go," says Spinella. "Tony would brazenly steal physical business that the actors were doing early on and write it into the stage directions. But the phrasing and punctuation? That's all Kushner."

"It's so clear how the words should be said that it almost feels like it was transcribed from an actor," marvels Harrison. "In a lot of ways, this script ends up teaching me how to deliver the lines."

Harrison says that when he first saw Angels, he didn't feel a visceral connection to Prior.

"As a 16-year-old, I really related to Louis," he recalls, pointing to the character who abandons the ailing Prior and becomes involved with another man. "I was very scared of sickness and death. I was terrified of AIDS, still sort of homophobic and afraid of effeminacy. I was very into the romance between Louis and Joe then, which today isn't as important to me."

"That's wonderful!" exclaims Spinella. "It's so wonderful that you saw it from that perspective. In some ways, the play can leave you feeling that Louis is a bad guy. He does a very bad thing. But the play also says that you can do a very bad thing and not be a bad person."

"Until a couple years ago," says Harrison, "I really hadn't had any experience being around terminal illness, witnessing the terror of someone's body betraying them, and their knowing they were going to die. Honestly I don't think I could play this part without that experience. I would have been faking the whole thing."

Just as an actors' perspective on Angels can evolve, Spinella points out that his friend the playwright has continued to make changes to the text itself.

"There's a part where the Angel points and says, 'And God made you. Male. Female,' and Caldwell, as Belize, delivers this new line: 'Well, gender is never that clear-cut.' That has been added since the transgender movement has really found its voice. Tony really supports the movement, so he didn't want that male/female idea to go unchallenged.

"My question was, should Tony have done that? Should he continue rewriting substantive parts of this play to reflect on how the politics on these issues has changed? Should the play stay the play it was in 1993 when we opened on Broadway? Obviously, Tony's answer is, of course it should change, as long as he's alive. It's his play, he can do whatever he wants with it."

And so, says Spinella, Berkeley Rep audiences will see a version updated even more recently than the just-opened 25th anniversary Broadway production, with Nathan Lane and Andrew Garfield in the lead roles.

"We have the rewrites they didn't put into Perestroika. And we're restoring a Roy Cohn speech that hasn't been in the play since 1992. An absolutely fantastic speech. Only in the Bay Area will you see the newest production of the newly revised Angels in America. And then it will change again."