The eclectic gender of Taylor Mac 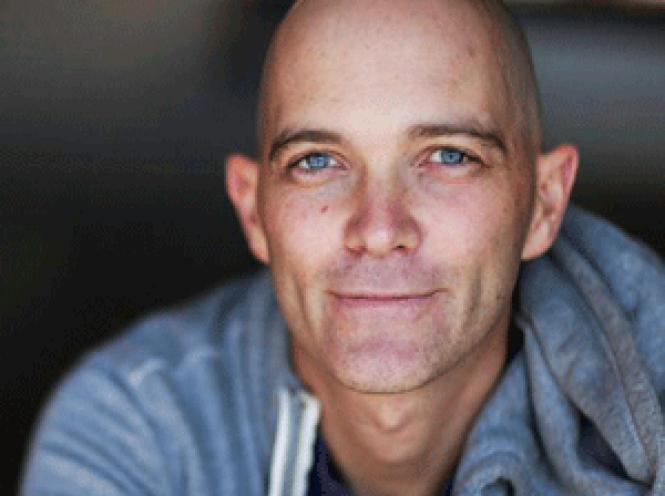 One comfort that growing up in Stockton did not provide Taylor Mac was complacency. "It was a horrible, screwed-up city," he said. "I just had to get out of there."

And so began the performer-playwright's elaborate journey through stints in Beach Blanket Babylon, years of slamming up against closed audition doors in New York, and finally deciding to putting on his own works in clubs and bars that have gone on to give him a substantial career with ultra-queer extravaganzas like The Lily's Revenge, some Brecht at the Public Theater, and a two-man sound-and-dance show about the end of the world with Mandy Patinkin.

San Francisco audiences first met Mac in 2011 when he performed in his five-hour, extravagantly costumed, and large-cast phantasmagoria about the plague of nostalgia in general and anti-gay marriage agendas in particular. Now he's back at the Magic Theatre, this time confining his role to author of Hir, and in a sense, he's also back in Stockton. "Although the play is not literally set in Stockton," he said, "in my mind it's set in Stockton."

When The Lily's Revenge played the Magic Theatre in 2011, Taylor Mac was both the author and its flamboyant star. Photo: Karl Giant

Having its world premiere this week at the Magic, Hir is stylistically far away from the world of The Lily's Revenge. Mac calls it a "kitchen-sink drama," a realistic family play that rides along occasional waves of absurdism. "It's very different from anything I've ever written before," Mac said. "Honestly, I tried to make the play more theatrical, and it kept telling me it wanted to be a kitchen-sink drama."

Hir (pronounced "here") takes place in an unremarkable home complete with a family spiraling away from its unremarkable patterns. An abusive husband and father has been dethroned following a stroke, and his wife is emboldened in her new responsibilities by an unlikely source. Her 17-year-old daughter has begun crafting a third gender for herself (or hirself, the pronoun this character prefers), and rather than rattling the mother, it shines a light on heretofore unknown opportunities for her own liberation. Adding to the fray of this fraying family unit is the soldier son who reenters the scene after three years overseas.

"The play has a lot to do with the patriarchy, and is it something we may very well want to have disappear," Mac said. "If the patriarchy is disappearing from our lives, and I do kind of think that is a good thing, then how do we mourn its passing in a respectful way?"

With Hir, the play's kitchen-sink form reflects its content. "I wanted the form to be about a form that is theatrically dying, and I wanted to write a play about a way of life that is dying," he said. "But I mean the play isn't just a kitchen-sink drama, it's a realism play that is absurd, and actually people really do the crazy things that people do in the play. Nothing is totally abstract."

The difficulty of creating a language to reflect the transgender emergence is one of the topics of the play. "The mother and the transgendered child are really eloquent," Mac said, "and they're embracing words, so it's both a parody of all of that and also in support of it."

As for Taylor Mac, he likes to say his preferred gender pronoun is "Judy," and his gender is "performer." More seriously, he says, "I personally identify as transgendered, but most of the time when I walk down the street people would not think I'm transgendered at all. I spend a good deal of my life in some sort of aesthetical gender confluence, a crazy, wild outfit, or T-shirt and jeans. The older I get, the more I realize it's not necessarily about the aesthetics that created my own personal transgenderism."

In the world premiere of Hir, wife and mother Nancy Opel foresees a new life as her family goes through major changes. Her son (Ben Euphrat) has returned from war under dubious circumstances, her daughter (Jax Jackson) is transitioning into a third-sex gender, and her husband (Mark Anderson Phillips) is recovering from a stroke.
Photo: Jennifer Reiley

After Hir opens, Mac heads back to New York for a concert at Lincoln Center as part of the American Songbook series. "I'm doing songs from the 1920s, and it's part of a larger project called 24-Hour History of Popular Song. I take music from the 1770s to the present decade, and there's a different concert for each decade that we perform with wild abandon. Eventually we're going to put all the decades together and do a big 24-hour concert. You should bring sleeping bags."