Rage against the machine 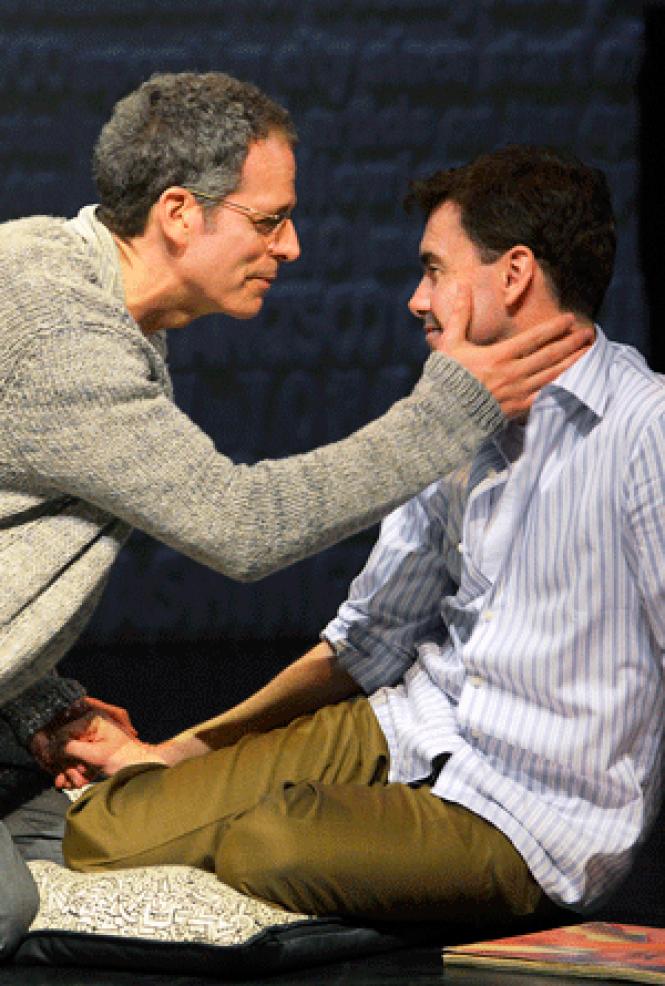 When The Normal Heart first opened in New York in 1985, theater critic Frank Rich unhappily learned that The New York Times insisted on running a short clarification at the end of his review to refute charges made against the newspaper in the play. At the heart of the issue was the number of stories allotted to the mysterious disease eventually labeled AIDS that primarily affected gay men in the early 1980s. But numbers are immutable, and the dispute could go factually no further than the Normal Heart saying the Times wrote about the disease only x times while the Times replied it had written about the disease as many as x times.

But the power of "x" is really in the why, which Larry Kramer saw as the press and politicians averting their eyes in distaste as a marginalized group got body-slammed. Kramer was in the vortex of the storm as young gay men began dying of a virus that had neither a name nor a known means of transmission. The Normal Heart, first staged in 1985, had several interlocked gears spinning concurrently that were political, personal, polemical, and prescient. The passing of time has added yet new facets.

In the moments of the first production, Kramer was all about getting action and getting it now, with some accusatory avenging thrown in. Kramer, and his stage alter ego Ned Weeks, had the loudest voice and most abrasive personality, attributes he takes pride in but that he also acknowledges got himself ejected from a group (the unnamed Gay Men's Health Crisis) as the revolution moved toward the establishment and needed to sand off its sharp corners. The Normal Heart gives us an insider's view of a leader who no longer fits within his creation, and Kramer's rage against the machine becomes a human story as well as an agitator's screed.

The production at ACT is a recreation of the recent Broadway revival, which surprised audiences with a propulsive energy that didn't need headline immediacy to sustain. Director George C. Wolfe, working within a simple set, punches out the scenes as if they were part of a thriller, political and sexual, which, in a fashion, they are.

In an irony worthy of cruelly capricious Greek gods, a population that was still reveling in a newly-born sexual freedom learned that this freedom could be lethal. "Why didn't you guys fight for the right to get married instead of the right to legitimize promiscuity?" Weeks asks of his colleagues. Kramer and his stage counterpart earned few fans from the emancipated when he suggested that gay men abstain from sex until the virus was better understood. Sensible, perhaps, but a libidinal impossibility, and the uneven embrace of "safe sex" continues to this day.

The ACT cast creates an accomplished ensemble, with members coming mainly from the Arena Stage production in Washington, D.C. that was intended to be part of a national tour that so far only includes San Francisco. As Ned Weeks, the Kramer character, Patrick Breen gives a fierce, focused performance that commands any scene he is in. Another formidable performance comes from Jordan Baker, a renegade physician fighting against the medical establishment as she gets an insider's look at the new disease.

As audiences leave the theater, they are handed a typed letter from Kramer to help put the proceedings in contemporary context, including the deaths of many of the men represented in the play, as well as the actors who portrayed them in the original production. At 77, Kramer is an elder statesman, but he is not a mellow one. "Please know that this is a plague that need not have happened," he writes. "Please know that this is a plague that has been allowed to happen."

'The Normal Heart' online reading to benefit One Archives Foundation