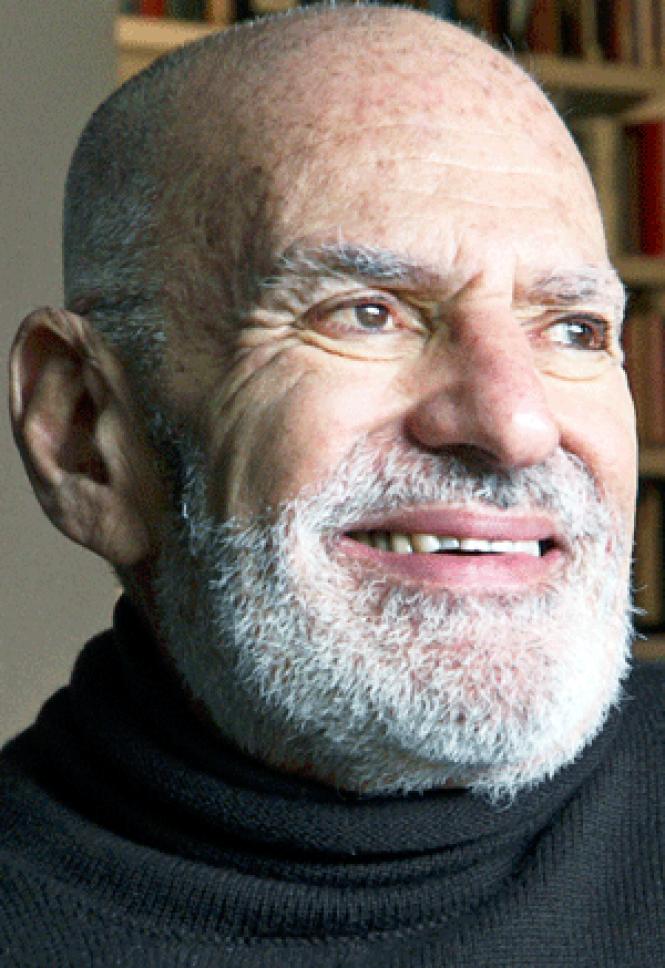 Time has not given Larry Kramer a distancing perspective on The Normal Heart. "I wrote the play to make people cry, and I'm happy to say it still does, including its author," Kramer said recently from his home in New York. "It's about a period I'll never forget and never want to forget."

It was the period when Kramer's friends were dying of AIDS, though the disease didn't yet have a name. The Normal Heart was Kramer's angry response to the indifference he saw among the mainstream press and politicians as well as documentation of the personal toll taken by his confrontational techniques and unpopular positions. "I just wanted to call everybody to arms," said Kramer, who was a founding member of Gay Men's Health Crisis before his colleagues terminated his membership.

Larry Kramer modeled the character of Ned Weeks (Patrick Breen, above, at ACT) on himself in his 1985 play The Normal Heart. (Photo: Scott Suchman)

The Normal Heart was first produced in 1985 by the New York Public Theater, where it was an immediate success. But Kramer himself considered it "agitprop theater" destined to have a short shelf-life. He's still in awe of its second wave, which included a Tony Award-winning Broadway revival last year that is being remounted as the opening production in ACT's new season. "It was all a wonderful accident," Kramer said. "Nobody was expecting anything to happen."

The road back to New York began with a starry benefit reading of the play in Los Angeles in 2010. The one-night-only event was a success, and organizer Joel Grey asked Kramer if he could do the same in New York. Again, it was a single-night event with, as Kramer says, "an all-star cast and a star-studded audience."

Kramer himself didn't know how an audience would react to his play all these years after its moment in a movement was over. "From the very first line in the play, which is, 'I know something's wrong,' everybody was spellbound to the end," Kramer said. "And literally the minute it was over, Daryl Roth, who is a very big Broadway producer, said, 'I'm going to take this to Broadway.' And she did."

Joel Grey, who, in the 1985 production, had replaced Brad Davis in the role Kramer modeled on himself, called on George C. Wolfe to assist him in mounting the new Broadway production because of conflicts with Grey's rehearsal schedule for the revival of Anything Goes. Wolfe, the original Broadway director of Angels in America, now receives solo directorial credit for the production opening at ACT and earlier presented in Washington, D.C.

The producers had been hoping to mount a national tour, but Kramer acknowledged that had faltered. "It's very hard to tour a straight play â€" no pun intended â€" without a star. It's been hard to get bookings."

But the long-aborning movie version of The Normal Heart is finally gaining steam after having been in Barbra Streisand's hands for a while. "A while? She had the rights for 12 fucking years," Kramer exclaimed. "She kept renewing the option, and it was a disappointing experience because I would have liked to work with her, and I would have liked if she had made it when she first optioned it, because it would have been out there doing its job."

Ryan Murphy, creator of the TV shows Glee and Nip/Tuck, now owns the rights, and the cast will include Mark Ruffalo, Julia Roberts, Jim Parsons, and Alec Baldwin. "Barbra couldn't verbalize to me what bothered her about the script, and I've worked in the movie business for many years so I understand that the screenwriter is at the service at his director," said Kramer, who received an Oscar nomination for his screenplay for Women in Love. "Ryan Murphy just has a million brilliant ideas a minute, and it's really challenged me to go much further and deeper. If you think the play is strong, wait til you see the movie."

Another long-aborning project nearing fruition is Kramer's encyclopedic The American People: A History, which recounts the continent's past by "putting gay people in from the beginning," the author said. "I'm in the home stretch, and I'm trying to edit it down so [publisher] Farrar, Strauss doesn't have to put it into two volumes, but technically there are only so many pages they can put in a binding." Page count at the moment: 4,000.

Kramer, 77, is coming to SF for the Sept. 19 opening of The Normal Heart (and will be onstage for a discussion before the Sept. 18 preview), and he said, health-wise, he feels just fine. Kramer learned he was HIV-positive in 1988 during a liver scan that showed damage from hepatitis B. A decade later, Kramer desperately needed a liver transplant, which had been routinely denied positive patients on the assumption they wouldn't live long enough to warrant an organ of such scarce availability. "I had the transplant in 2001," he said, "and that's what saved my life."

The health of other gay men remains a passionate cause for Kramer, who first riled the gay community in his pre-activist days with his 1978 novel Faggots. It looked at the emotional waste of frequent and meaningless sex, fueled by drink and drugs, that left him feeling like the odd man out in a place like Fire Island, where much of the novel is set.

When Kramer began promoting sexual caution, and even abstinence, until the manner in which the virus was transmitted was better understood, he was seen by many as carrying on his role as an anti-sex scold. The safe-sex message obviously gained momentum in the years to follow, but now Kramer thinks it is being forgotten as sophisticated drug cocktails have lifted an inevitable death sentence.

"I get plenty of calls from doctors here in New York saying that I've got to go out on the stump again and makes speeches," Kramer said, as his voice began lifting from a heretofore mellow tone. "It's not complicated. Everybody knows what causes AIDS. The cock is a lethal weapon, and you've got to protect it."

That's the kind of language Kramer was using when The Normal Heart was a new play, and if it continues to sound harsh, he doesn't care. "You want to murder somebody? Go out and murder somebody. That's what it comes down to."

But in The Normal Heart, Kramer also wanted to acknowledge a gay society defined by more than any specific sexual activity. "The only way we'll have real pride is when we demand recognition of a culture that isn't just sexual," says the Kramer-inspired character in the play.

During the recent Broadway revival, Kramer was happy that young gay audiences found their way to the production. "When they did come in and see it," he said, "they were incredibly moved because so many of them were unaware of this history at all."

When The Normal Heart began its initial run back in 1985, could Kramer conceive of the play still impacting audiences decades later? "No," said Kramer, "because I thought I'd be dead by the time the play closed in New York. I've been very lucky, and anyone who is still alive from those years has been very lucky. But it's not about luck anymore."