Have yourself a merry kosher Christmas 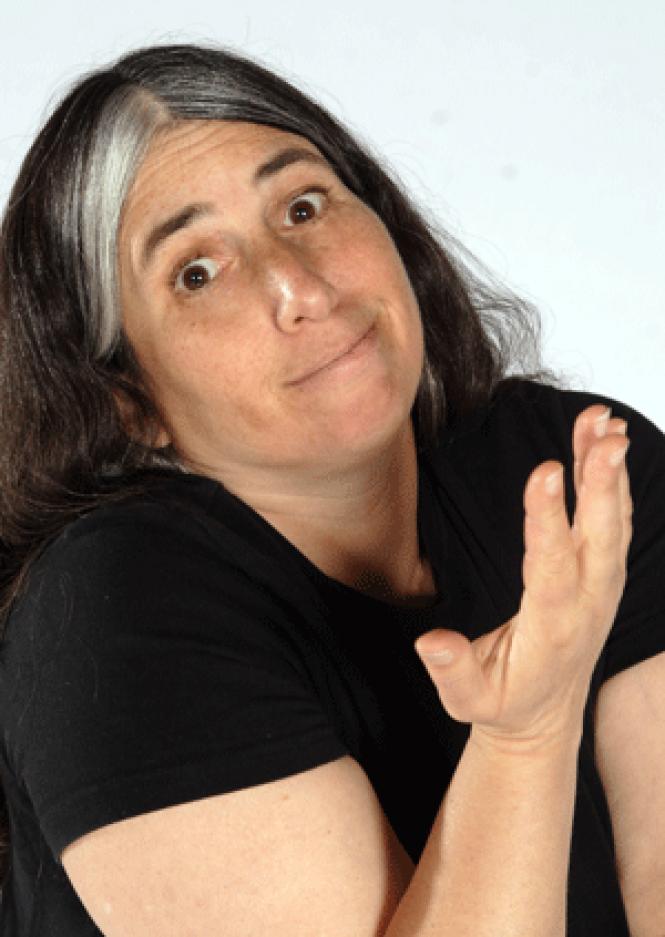 It's also different because, after two years of having to avert riots caused by the absence of Jewish-spiced fortune cookies, Geduldig has brought them back. Once again, she has combed through books of Yiddish proverbs and stuffed the cookies with the pithiest proverbs that are readable without tri-focals. She has also spent lots of time at meal tastings, making sure that everything is on track, and explaining for the 1,000th time, "No pork!"

"The comedy is kosher, the food is not," Geduldig says by way of disclaimer. "There is a woman â€" I affectionately call her the Shrimp Bitch â€" who took me to task via e-mail because she didn't like shrimp on the menu, and then posted my e-mail reply on Yelp. The event is run by me, a heathen who loves shrimp. If you don't like shrimp, there are seven dishes total on the dinner show menu, including some for vegetarians."

Kung Pao Kosher Comedy promises to give Jews and others wishing to escape Christmas a safe and fun place to go. Attendees have formed a community of sorts, with people who return every year looking forward to catching up at the tables for 10.

"You can have a 16-year-old, their parents and grandparents all enjoying the same comedy," says Geduldig. "Everyone introduces themselves if they haven't met. It's like a big Bar Mitzvah."

Since Jews cannot listen and eat at the same time, food comes first, followed by a 90-minute show. Racist, sexist, and homophobic remarks are consigned to the pig sty.

This year's shows star none other than Elayne Boosler (Politically Incorrect, Comic Relief). One of the pioneering female stand-up comics of her generation, Boosler financed her own comedy special, Party of One, in 1985 after cable TV stations refused to let a female stand-up have a TV special. Not only has Boosler paved the way for future generations of female comics, but she has also taken her activism into the political arena, moderating the Democratic Presidential Candidates Debate on C-Span for NOW.

Also entertaining the sure-to-be-sated crowds are Avi Liberman (Comedy Central, E!), Jeff Applebaum (Late, Late Show with Craig Ferguson) and the ever-charming Geduldig. Liberman, raised in Texas, is a nice Jewish boy who does a lot of TV and also runs a Jewish comedy tour of Israel. Applebaum, who lives in San Jose, married a Chinese woman and is raising three Chinese Jewish children. Not only is he a living example of Kung Pao, but like most Jewish comedians, he also has two engineering degrees from MIT.

Boosler is the biggest star to replace MSG at the proceedings since Henry Youngman gave the final performances of his life at Kung Pao Kosher in 1997. "We were accused of killing him," says Geduldig. "For several months, I was afraid to leave my apartment, lest I suffer retribution." Geduldig knew the coast was clear when Youngman's ghost appeared at the trolley turnaround at Powell and Market, blaming everything on the Republicans.

Kung Pao 's past, a portion of this year's proceeds will benefit various organizations, in this case JFCS' L'Chaim Adult Day Health Care Center and Muttville Senior Dog Rescue. Because the L'Chaim Center may lose its funding on Feb. 29, its board has promised to double Geduldig's donation. "I've given away between $75 and $100,000 since we began," Geduldig reports. "My mother says, 'Why didn't you buy a house instead?'"

Kung Pao Kosher Comedy, the 30th anniversary of Geduldig's arrival in San Francisco, her 50th birthday, and the end of the world. "I'll see what I can do to stall that," she cries before dashing to the other phone to once again scream, "No pork!"