’Marcus’ playwright Tarell Alvin McCraney is on a roll 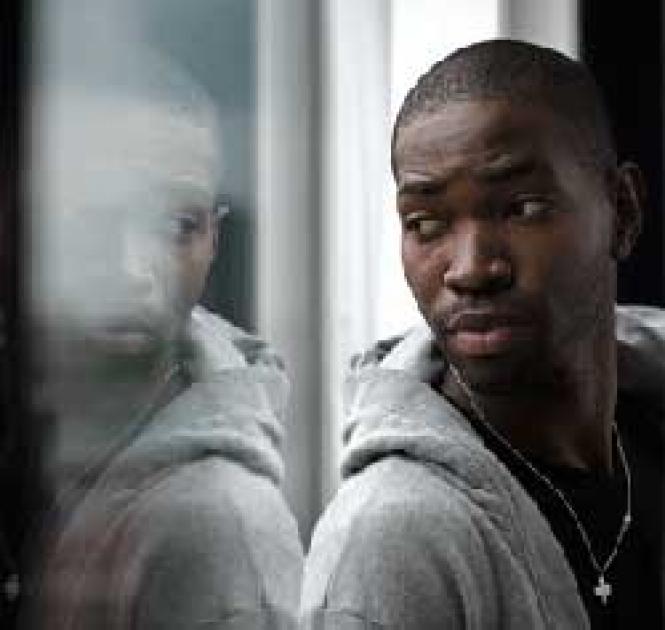 When people ask him if his plays are black plays or gay plays or whatever plays, there is only one adjective that Tarell Alvin McCraney himself is willing to apply to them. "I never wanted these plays to seem like anything other than American plays," he said. "I think what audiences are responding to is seeing different parts of themselves on stage."

McCraney is specifically talking about the three works that make up The Brother/Sister Plays, and that have quickly raised his profile as an exciting young talent. Three Bay Area theaters teamed to introduce them here, and the first two parts of the trilogy have completed their runs at Marin Theatre Company (In the Red and Brown Water) and the Magic Theatre (The Brothers Size). Beginning Oct. 29, ACT will cap off the series with Marcus, or the Secret of Sweet, directed by ACT's new associate artistic director, Mark Rucker.

"Sweet," in the vernacular of the community where all three plays are set, is a cloaked word for homosexual. The title character (played by ACT graduate student Richard Prioleau) is a daydreaming teen struggling with his sexual identity, prescient nightmares, and an impending storm that goes unnamed but is clearly inspired by Hurricane Katrina.

While the sparse staging that the three plays call for can unleash them from time and space, they are set in a housing project in the fictional San Pere, near the Louisiana bayous. Like Marcus, McCraney spent much of his childhood and adolescence living in a housing project, albeit in Miami, and he was displaced by a hurricane, the infamous Andrew of 1992. Yet while the specifics of Marcus' story are not McCraney's, the spirit flows from the realities and emotions of his own youth - and universal experiences.

"I think the thing about Marcus that we all can relate to is that, at some point in your life, you have to reconcile what your community is telling you who you are and what you're really feeling." McCraney was speaking from Miami, where he was hosting a fundraising event for his old high school. Most of his time is spent on the road as his playwriting career expands both in the US and in the UK, where he is playwright-in-residence for the Royal Shakespeare Company.

"It's interesting that people glom onto sexuality," McCraney said. "It is an identifier, one of the ones most wrought with stereotypes in our community, but in that moment Marcus also has to deal with being a son, being a best friend, being spiritually connected to his community, and deciding whether or not he is going to be a part of this community."

When McCraney, now 30, was about 12 years old, he told his best friend that he wanted to be a ballet dancer after seeing a dance performance. "You're a faggot," said the friend, who never spoke to him again. He lost a friend but gained a label.

"I was bullied and lived to tell about it, unlike other kids who, God bless them, did not," McCraney said. "There were a few times I was intending to take my own life." Telling kids that "it gets better," as a current anti-bullying campaign implores, "is not the best that we can do." Theater, for McCraney, can be part of the solution.

While his plays have found mainstream support at such major theaters as the RSC in London, the Public in New York, and Chicago's Steppenwolf, not to mention the three Bay Area companies on board his express train, McCraney said, "My aim has never been to be a superstar. What I'm trying to do most is to create a theater community in my own community. I know it is easier if I'm successful outside of my community."

To that end, he has encouraged the companies producing his plays to widen their audiences, either with ticket distributions or moving out of their buildings and into the streets. Marin Theatre Company, for example, did an outdoor performance of In the Red and Black Water in Marin City, which McCraney got to see.

"It was incredible," McCraney said. "You'd see kids sticking their heads out of the windows and running down stairs, and then sitting in front of the stage in the hot sun for an hour and a half, and not moving. If there's an opportunity for them to see it, then there's a chance they might say, 'I actually like this. I don't want to play basketball.'"

While the language of McCraney's plays has a poetic directness, he often incorporates the mythology of distant places. In The Brother/Sister Plays, for example, the characters are named for Yoruba gods with qualities that reflect upon the characters' traits. He was thinking about the Tudor monarchies as well as Greek and Roman mythology as he explored drag-queen culture in the 2008 epic Wig Out! He's working on a Civil War retelling of the Prometheus story for London's Donmar Warehouse, and a variation on The Book of Job for Steppenwolf.

Likely to be the first of his new plays to be produced is American Trade, on the RSC schedule for June. It's the story of Pharus, a New York hustler who sets up an escort business in London that caters to every taste. According to the RSC, the play is "a funny, uncompromising, and outspoken play about survival" that "challenges assumptions about racial and sexual identity."

Fortunately for McCraney, who spends so much time in London, that is the home of the man he has been dating for several years. McCraney himself has no fixed address, though, "if the IRS asks, I live in Miami. My family's home is where I still receive mail." Does he look forward to finding a place to call home? "Oh God, you can't imagine how much."

But, he said, he feels impelled to take work when it's offered. "I write my plays while I'm on the road. I need to clear my head, but theater doesn't afford you that. I have a very focused idea of what I want to do, and it's a lot of work, but I think some people forget I'm just human. I can only do so much."