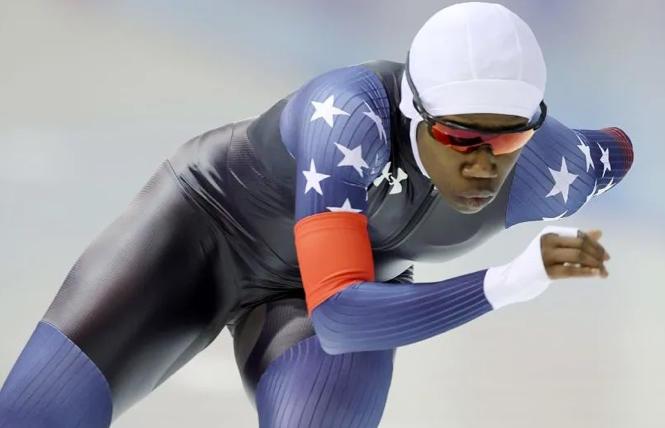 The Beijing Olympics 2022 are giving us such "how out of shape are we?" vibes while also being incredibly exciting. There we were at 4am watching the skiathlon, which has to be the most grueling thing we've ever witnessed. American Jesse Diggins came in sixth, which sounds like she was way behind, but there was a crush of five women together and all of them grew up in the Alps or Scandinavia except her, so it was a question of seconds of difference between medaling and not.

Diggins collapsed on the ground, chest heaving, mouth open, gasping like a fish out of water. Then she turned on her side and began vomiting. It was pretty scary to witness, but the commentators were bizarrely blasé about it. She was okay, but it certainly made it abundantly clear the level of exertion.

The event is 7.5 kilometers, so about five miles. It's literally up one hill and down another with some small amount of straightaway in-between. Not sure how anyone decides on this hellish workout when they could be inside with a little push broom doing curling, which is fabulous and which we find mesmerizing, but some people are gluttons for punishment. 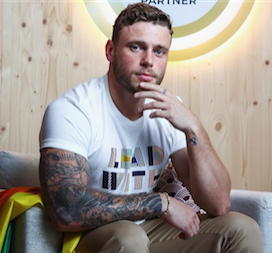 Therese Johaug of Norway won that skiathlon competition and was a half-minute ahead of the next five women. She was like a super hero; way out in front, hot pink patches on her cheeks and nose to deflect the blinding sun and keep her skin from burning. What an incredible achievement.

We enjoy the Summer Games and Tokyo was fun, but the winter games are endurance games of a sort the Greeks couldn't have imagined. Plus, while diving is exquisite, there is no summer event to possibly compare with the artistry that is ice skating and ice dancing. And Nathan Chen is (chef's kiss) our best. What a gorgeous, perfect skater. It's blissful to watch him.

The Winter Games are such a tribute to beautiful bodies in Lycra and sequins and tulle. These games are also queerer than any other Winter Olympics, with NBC reporting a record number of out athletes: 35.

We previously highlighted the first out nonbinary athlete, Timothy LeDuc, in our January 25, 2022 column.

In 2018, freestyle skier Gus Kenworthy and figure skater Adam Rippon made history as the first openly gay men to compete in the Winter Games for the U.S., but Rippon is coaching, not performing. Kenworthy is at Beijing, but on Team Great Britain. 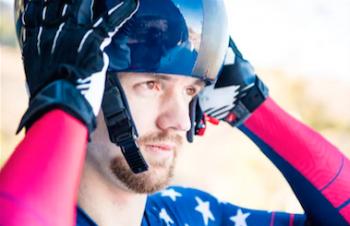 Andrew Blaser will become the first openly gay man to compete in skeleton at the Olympics. He was the only American male skeleton athlete to earn a spot in Beijing and will be part of the smallest U.S. Olympic skeleton team (three athletes) since the sport was reintroduced at the 2002 Salt Lake City Games.

Brittany Bowe is in her third consecutive Olympics for Team USA and she had the honor of holding the flag at the opening ceremonies, though NBC "forgot" to mention she's an out lesbian. Bowe, a long-track speed skater, won bronze in 2018.

Australian lesbian snowboarder Belle Brockhoff won her first world gold medal at the 2021 World Championships, so she is a medal contender in Beijing. 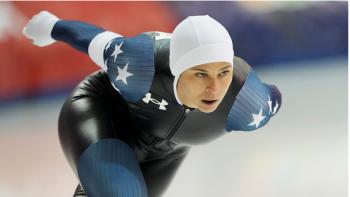 Outsports reports that the out LGBT+ athletes will compete in nine different sports from Feb. 4-20, noting there are "12 in ice hockey and 10 in figure skating. Of the skaters, eight are men, one is non-binary and one is pansexual. The pansexual athlete, Amber Glenn, is an alternate and is currently not slated to compete. All of the out ice hockey players are women."

Among the skaters is Jason Brown, who competed in 2014 but missed the cut in 2018. Brown came out at Pride last year. 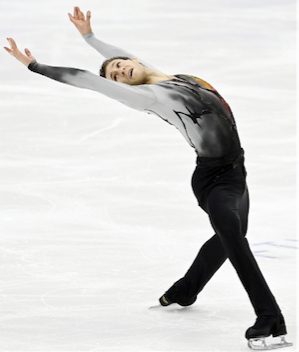 NBC Sports lists some other LGBTQ Olympic history on their website, along with listing some of the Beijing performers, including the gorgeous pairs ice dancer, Guillaume Cizeron of France and Eric Radford of Canada. In 2018, Radford became the first openly gay man to a gold medal at a Winter Games. He also won a bronze that year.

We also want to shout out Britney Bowe's bestie, Erin Jackson. The American speed skater just won the World Cup in November 2021, and is the first Black woman to do so. At press time she was in line to medal at Beijing. Oh and did we mention this is her second Olympic sport?

Jackson was an inline skater before she was a speed skater on the ice, starting at age 9. She won gold in the 500-meter inline skating race at the 2008—09 Junior World Championships, gold in the same event at the 2014 Pan American Championships, and was named United States Olympic Committee Female Athlete of the Year for Roller Sports in 2012 and 2013.

So imagine this: Jackson qualified for the 2018 Winter Olympics with only four months of experience in speed skating on ice, where she became the first Black woman on the U.S. long-track speed skating team.

And she is also dedicated to diversity in winter sports, telling NBC, "I just try to be a good example whenever I can, especially with young Black girls. With the Winter Olympics, you don't see a whole lot of diversity. So I just hope I can be someone who they can see and be like, 'Oh, maybe I'll get out and try one of these sports.' So that would be awesome."

Also she "has so many college degrees in so many subjects that Jackson jokes she should include 'school' when asked to list her hobbies." NBC Sports adds that she is a bio engineer and bio mechanist. Whoa. We love her. She's amazing. Happy Black History Month to this Black Girl Magic!

Euphoria
We are wild about HBO MAX's Euphoria and if you missed season one, now is a good time to watch it and catch up for season two which is currently streaming. Season three is already signed. Euphoria is an American adaptation of an Israeli show of the same name, and all the episodes are written by Sam Levinson (Assassination Nation), who also serves as executive producer.

HBO notes, "Euphoria follows the troubled life of 17-year-old Rue, a drug addict fresh from rehab with no plans to stay clean. Circling in Rue's orbit are Jules, a transgender girl searching for where she belongs; Nate, a jock whose anger issues mask sexual insecurities; Chris, a football star who finds the adjustment from high school to college harder than expected; Cassie, whose sexual history continues to dog her; and Kat, a body-conscious teen exploring her sexuality. As the classmates struggle to make sense of their futures, the series tackles the teenage landscape of substance-enhanced parties and anxiety-ridden day-to-day life with empathy and candor."

The cast is stunning, but stars Zendaya (Rue) and Hunter Schafer (Jules) will give you all the feels, all the time. Here's a little tidbit from one of my besties, a gay male writer, who, in the course of us discussing how queer desire is always left out of the equation, said this:

"A friend of mine posted on Facebook that he'd accidentally (he doesn't watch the show) seen the third episode of season 2 of Euphoria and that the first fifteen minutes were the most homoerotic thing he'd ever seen, about a closeted gay high school couple ("best friends"). So I watched it last night and He. Was. Not. Wrong."

My bestie goes on to say, "It was shot so erotically and beautifully...I've never seen anything like it anywhere, really." You can watch the first episode for free and there are always deals for subscription.
www.hbo.com/euphoria

SNL's trend queens
We go in and out of divesting of watching Saturday Night Live. It's so incredibly uneven and too often only marginally funny. But Aidy Bryant and out Asian cast member Bowen Yang, as well as out cast member Kate McKinnon, are reliably hilarious. Check out Bryant and Yang as trend influencers on the Jan. 29 episode on Weekend Update and be prepared to howl:

Tidbits
Why-oh-why was Rudy Giuliani invited to guest on The Masked Singer when he should be in jail?

Whoopi Goldberg's take on the Holocaust on The View continues to be a source of contention. Goldberg, who has previously supported Holocaust denier Mel Gibson, apologized. But it was clear when she was a guest on The Late Show with Stephen Colbert on Holocaust Remembrance Day that she doesn't really understand what the controversy is about.

In February 2, 2022, we wrote for Philadelphia Gay News why words matter and why denying history is a problem for all historically marginalized people and how if we don't educate people, we can't expect them to know.

So for the sleek bodies and the schussing, the quads and the gluts, you know you really must stay tuned.