Legacies, loss and losers: The Lavender Tube on vampires, cute teens, and the antigay AFA 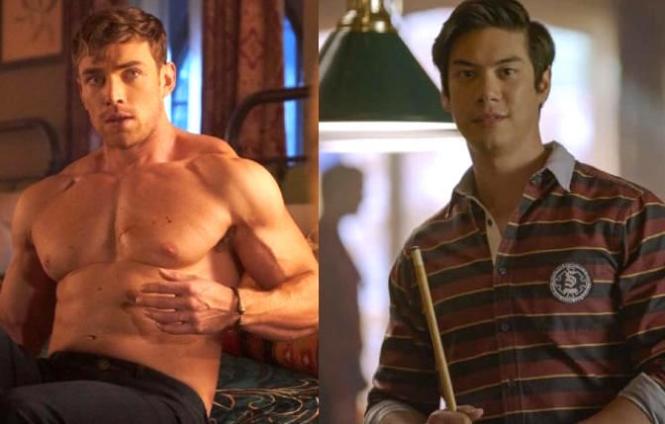 Spring has totally sprung! May is a good month to get outside and do outside-y things. But then you come home and watch TV, right? Our inbox is full of previews of June Pride specials, some of which look good and others of which look like the network wanted to cash in but didn't know any actual queer people. Sigh. But we'll cover those things next time. For now we have the end of "Batwoman" and a new gay romance on the CW.

Legacies
The CW's long-running hit series "The Vampire Diaries" spinoff "Legacies" has always been essential viewing for those of us who couldn't let go of "TVD" or its first spinoff, "The Originals." The town of Mystic Falls is just so enrapturing.

"Legacies" introduced a new —and equally hot, beautiful and oh-so-complicated— generation of protectors via The Salvatore School for the Young and Gifted. There, young witches, vampires and werewolves trained to overcome their feral instincts and instead are taught ways to keep balance in the world through exploration of ancient rituals and lore.

Into this milieu the series has brought Jed (Ben Levin) a new love in Ben (Zane Phillips) after Jed's devastating experiences last season.

At the same time, series original Levin approached the "Legacies" team, saying he was open to playing a queer character to support members of his family who are "in the LGBTQ community." Kismet! The result is a hot and angst-y connection between Jed and newbie Ben.

Phillips posted on Instagram: "Thanks @newyearscake @kimndombe and the rest of the @cwlegacies team for letting me play a part and for giving this story some real heart. This represents a lot to so many people and that is not lost on me!"

On April 27, Phillips told The Observer: "I've heard [some] not great things about actors who are in a queer love story, but they don't really want to be."

Phillips said, "And for me, I just wanted to be open-hearted the entire time, and I could not have been more blessed to have Ben because I think he's the ideal scene partner. He is so open, he is so responsive, he wants the work to be good. He wants to have a personal relationship with me because I think it shows through in the characters. I do think we're good friends now, and I adore him so much as a person already, so it's not hard to have chemistry with him onscreen."

Be still our hearts. Phillips also said that, Jed and Ben "unlock a new part of [their] own personalities, and it does speak to this soul connection. Of course there is attraction there, and I adore that, but to discover more about yourself through another person, I think that's one of the best things that can happen in a relationship."


Batwoman, bye
The CW giveth and the CW taketh away. We are still devastated over the series finale of "Killing Eve," so we were heartbroken when "Batwoman" show runner Caroline Dries announced on April 29 via Twitter that the series was ending, canceled by the CW.

Dries wrote: "Just got the sad news that #Batwoman will not be seeing an S4. I am bummed, but full of gratitude. What an honor to make 51 episodes. So many inspiring, brilliant people contributed to this series. Thank you producers, cast and crew. Thank you, fans! We love you." 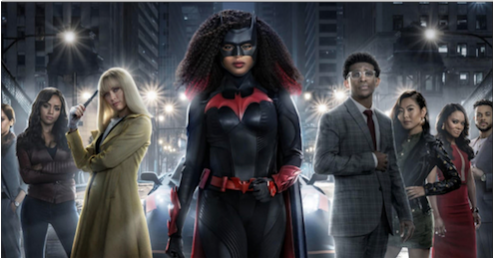 Javicia Leslie (center) and the cast of 'Batwoman'

Holy leather catsuit! There have been so many great things about "Batwoman," as we have reported over the series' three seasons in the DC Arrow-verse.

"Batwoman" debuted lesbian superhero Kate Kane (out actress Ruby Rose) aka Batwoman. Like so many of us, ourselves included, Kate was expelled from school for "homosexual conduct" with her lover Sophie (Meagan Tandy). Many of her exploits involved saving Sophie.

The series also introduced lesbian superhero Ryan Wilder, played by bi actress Javicia Leslie. When Ruby Rose left the series after being injured on set, the show decided to shift gears and Ryan became the new driver of the story.

Once a homeless resident of Gotham City, Ryan found the Batsuit in the wreckage of a plane crash where Kate Kane went missing. Ryan put the suit on and began acting as Batwoman—including being lovers with Sophie.

"Batwoman" was a dark and engaging chapter in the DC Arrow-verse and we loved all its iterations. As we know, canceled doesn't always mean dead and buried, so hopefully one of the streaming services will decide to do another season of this show.

Instant Karma
The Don't Say Gay Republicans have been out and loud in recent weeks. Be grateful to live in America's queerest city, San Franciscans, because the midterm war against LGBTQ folks is heating up.

Yet amidst all the GOP hate speech, we have been spotting a lot of ads with lesbian couples on network and cable. Amazon, Eggo waffles, Kay Jewelers, Pandora, eHarmony, Kim Crawford wines all have subtle or blatant pro-queer messaging featuring lesbian iconography. 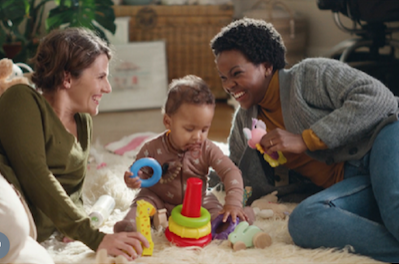 Rightwingers are freaked out over Credit Karma's ad with an interracial lesbian couple.

Our absolute favorite is Credit Karma's ad with an interracial lesbian couple planning their finances. The ad tells the story of a white limo valet driver who is an obvious butch and her pregnant love, who is Black, as they plot out how to get a bigger place for their soon-to-be bigger family. In the final scene they are playing on the floor in their spacious new abode with their biracial child and it actually made us tear up, it was that affirming.

We know how affirming it was because the second after the new ad dropped on April 12, the anti-LGBTQ American Family Association had to devote a whole alert to it with the headline "Credit Karma Continues Promoting LGBTQ Lifestyle."

Thanks to AFA's anti-gay messaging, we also discovered that Kay Jewelers has an ad featuring another interracial couple and their child. This one features two gay men, one white, one Black, out with their toddler. We see their wedding rings and they are gloriously happy. The tag line is "celebrate every kiss" and yes, they do kiss.

They meant Kay Jewelers shows the range of families and promotes diversity.

AFA says, "There is concern about the way this advertisement is pushing the LGBTQ agenda, but an even greater concern is that the commercial is airing during prime time when children are likely to be watching television." 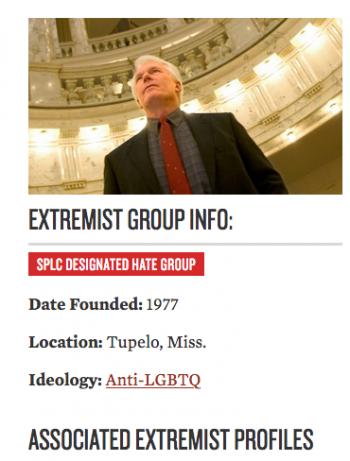 Many kids are in queer families, so how great is it that they might see their family reflected in this loving and positive ad? As with the alert about Credit Karma, AFA calls for a boycott of Kay Jewelers. "Let Kay Jewelers know you will not support its business this Mother's Day, during this wedding and graduation season, or anytime in the near future as long as it is airing this commercial featuring a homosexual couple."

We want to support businesses that recognize and celebrate our lives. These do.

The SPLC (Southern Poverty Law Center), which monitors hate groups, says this about the AFA: "The American Family Association (AFA) says it promotes 'traditional moral values;' in media. A large part of that work involves 'combating the homosexual agenda' through various means, including publicizing companies that have pro-gay policies and organizing boycotts against them."

The SPLC has a full dossier on AFA which was founded in 1977 and has been doing damage to the LGBTQ community ever since, including promoting the notorious ex-gay movement. You can read more about them at www.splcenter.org

Heartstopper
We were going to write all sorts of gushy things about "Heartstopper," but next week Brian Bromberger is devoting a full article to this spectacular new Netflix series in which two teens, Charlie (Joe Locke) and Nick (Kit Connor), discover their unlikely friendship might be something more—much, much more. You gotta watch this lush British romance. The trailer alone will make you fall in love, cry, and feel all the things. And do we ever need to feel all the things.

If you want to fight the right and scream gay (and lesbian and bi and trans and queer) when they say don't say it, watch some queer TV, send some emails to companies that stand for us and whatever else, you know you must stay tuned.

Award war, too: The Lavender Tube on the Oscars & Will Smith's Slapgate

Marching into TV Land: The Lavender Tube on Kate, Andy, Eve and Pam
Sign up!