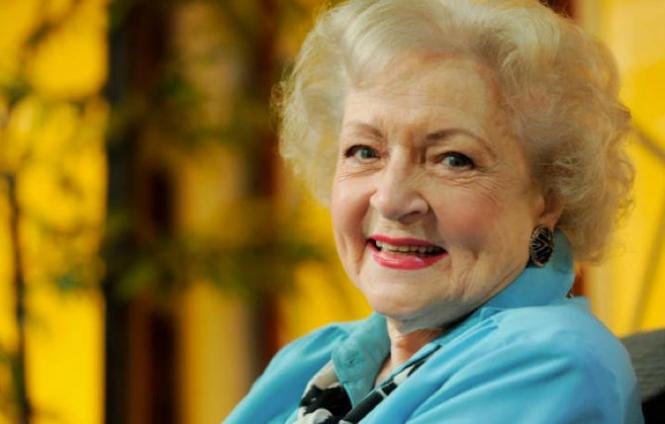 "I have no regrets at all. None. I consider myself to be the luckiest old broad on two feet." This quote summarizes not only an incredible seven-decade career in show business, but should rest aside any qualms Betty White would have had about dying on December 31, just 17 days before her 100th birthday.

She was the last major cast survivor of the two television programs in which she gave iconic comic Emmy award-winning performances as the bawdy flirtatious Happy Homemaker Sue Anne Nivens on The Mary Tyler Moore Show and the sweet ditzy widow Rose Nylund on The Golden Girls.

We all mourned Betty's unexpected passing, with President Biden tweeting, "She brought a smile to the lips of generations of Americans. She's a cultural icon who will be sorely missed." 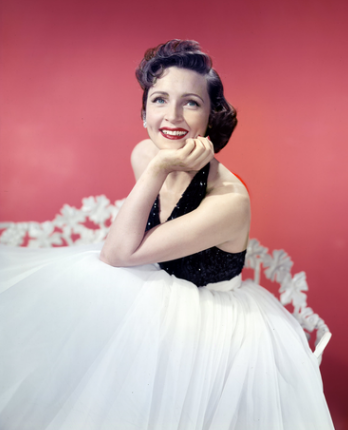 She was the cover girl of this week's People magazine that prematurely celebrated her upcoming centennial. People's deputy editor, Wendy Naugle observed, "I think fans will be touched to know that she was funny and in good spirits until the end."

Betty held the Guinness World Record for having the longest TV career by a female entertainer. As Melissa Camacho, Professor of Television and Media Studies at San Francisco State University, told the San Jose Mercury News in 2010, "You look at Betty White, and you don't see an age. She carries herself with a youthful spark. And she's not afraid to get in there and play. So often you hear older women, especially in Hollywood, criticize how things have changed. But instead of moping and criticizing, she rolls right along with the times."

A favorite topic of social media, she was one of the rare performers who appealed to young and old alike. 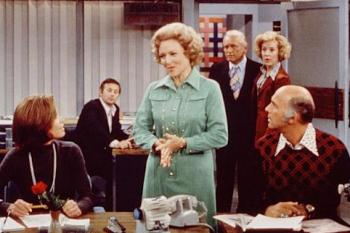 Television college
Two recent books make the case that she deserves to be remembered not just for Sue Anne and Rose. Jennifer Keishin Armstrong, a pop culture historian, in When Women Invented Television: The Untold Story of the Female Powerhouses Who Pioneered the Way We Watch Today, argues that White was a visionary television trailblazer.

She started in radio, but in line with her motto, "Always, say yes," she was willing to try a new medium, television, in 1949 on a local talk show, Hollywood on Television, working with radio disc jockey Al Jarvis. She hosted five and a half hours a day on live TV, six days a week, with no script. She even memorized a list of her sponsors and did their commercials herself.

When Jarvis left in 1951 followed by actor Eddie Albert for six months, she finished the final year and a half on her own, becoming the first female television talk show host, the ancestor of Oprah and Ellen. She later called that stint experience 'television college.' Then at night, for two seasons, she wrote and starred in a sitcom, Life with Elizabeth, about a suburban couple getting into family quandaries, based on a character she developed on her talk show.

She produced her own series, The Betty White Show, which aired locally in LA in 1952 and 1953, before going national on NBC in 1954 for one season. It was another daytime talk show with entertainment segments. She sang, interviewed guests, and performed in skits.

When the network informed her, because of objections from Southern state stations, that she needed to fire a Black cast member, tap dancer Arthur Duncan, she refused, saying, "I'm sorry. Live with it," and even gave him more airtime, an audacious move for that era. Her series was then cancelled. 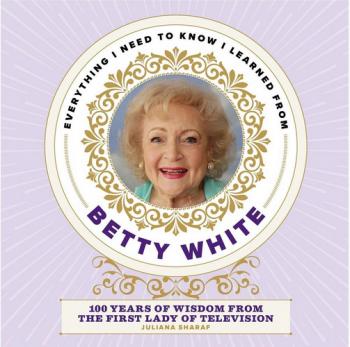 100 Years of Wisdom
TV's early spontaneity forced Betty constantly to think on her feet. So it's not hard to understand why she was so quick-witted with a memorable quip or sly comeback later when she appeared on Stephen Colbert and Jimmy Kimmel's shows, or accepted a lifetime achievement award from the Screen Actors Guild in 2009, remarking, "I've worked with quite a few of you. Maybe had a couple. And you know who you are."

When Betty appeared on Saturday Night Live in 2010, becoming the oldest person at 88 to host that series after a vigorous Facebook campaign, she reminded audiences rather modestly that she was not new to live TV.

However, Armstrong notes that White paid a heavy price for her modest fame, including two early failed marriages (her second husband resented her success, wanting her to stay home and be a traditional suburban housewife). White later admitted to being a workaholic which made establishing a family life incredibly challenging.

A collection of White's sage advice is featured in the just published Everything I Need to Know I Learned From Betty White: 100 Years of Wisdom From The First Lady of Television by Juliana Sharaf. It dispenses lessons to meet real-life challenges in chapters featuring references to her TV and film work as well as her animal and humanitarian causes, with titles like "Laughter Lightens the Heart;" "Never Typecast Yourself;" "Say It With A Smile;" "Tell It Like It Is;" "Make It Up As You Go;" "Don't Let Age Get in the Way;" "The Show Must Go On;" "Never Take Yourself Too Seriously;" and "Shake Things Up."

In addition to delightful upbeat photographs, the book has some pithy fabulous White quotes: "Retirement is not in my vocabulary. They aren't going to get rid of me that way;" "I may be a senior, but so what? I'm still hot;" "Butterflies are like women. We may look pretty and delicate, but baby, we can fly through a hurricane;" "Animals don't lie or criticize. If animals have moody days, they handle them better than humans do;" and "I had my eyes done in 1976 and have let nature take its course ever since. As for my hair, I have no idea what color it really is, and I never intend to find out."

Betty White with castmates in 'The Golden Girls'

Golden Girl
Betty was a gay icon for several reasons. She was a survivor, undergoing numerous dry periods and failures throughout her 70-year career, but persevered, willing to reinvent herself and explore new avenues such as appearing on TV game shows (especially Password where she met the love of her life, husband #3, Allen Ludden) or late-in-life casting as a saucy, randy grandmother (The Proposal, Hot in Cleveland).

Of course, The Golden Girls still has a huge gay following. At a party or bar, who didn't play the game of naming which character we (or our friends) most resembled: Dorothy (smart/brassy), Rose (naïve/kind), Blanche (charming/slutty), or Sophia (blunt/wise).

However, her authenticity, in never pretending to be anyone but herself, recognizing you couldn't fool viewers, was a quality we admired and mimicked. She was a national treasure we wished could have continued forever. And while she probably was the luckiest old broad, it was we, her adoring audience, who were the fortunate ones, as we got to watch and revel in her remarkable talent, grateful for all the joyous laughter she provided us.