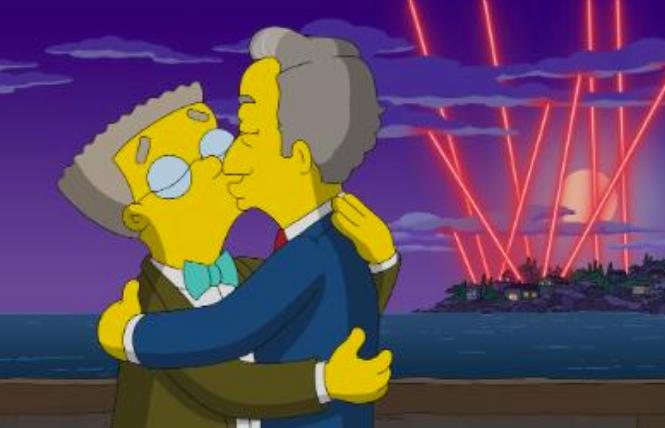 Remember when we all thought 2021 would bring an end to the nightmare of the Trump years? But America —at least half of America— just can't quit Donald Trump. As more and more data gets revealed by journalists and former Trump acolytes —and those people parade across our cable and network news programs— it's as if Trump never left the main stage.

The latest reveals by ABC's former Chief White House Correspondent Jon Karl from his new book Betrayal, are incredible. The audiotapes of Karl's interviews with Trump are shocking, and we didn't think we could still be shocked.

Watching the concomitant trials of Kyle Rittenhouse and the three men who executed Ahmaud Arbery has been, as we say, a lot. It's all-too-easy for white Americans to sidestep the breadth of American racism, but these televised trials are a stunning display of just how stuck this country is in 1860s politics and how dangerous that is.

The swell of white nationalism is all too pervasive. Who wouldn't flee for occasional respite to the comfort of entertainment TV, especially as the holidays draw near?

Give Us Kisses
The Brothers Osborne, T.J. and John, won vocal duo of the year at the 2021 Country Music Association (CMA) Awards.

T.J. Osborne, who came out publicly as a gay man in February, kissed his boyfriend Abi Ventura after the win was announced while his brother kissed his wife, Lucie Silvas.

This was big. Nashville may pride itself on being open to diversity, but Tennessee is one of the worst offenders when it comes to anti-LGBTQ legislation. So T.J. Osborne's public, and defiant, statement of his gayness was huge.

Osborne and his brother have also been outspoken to legislators about how Tennessee needs to embrace inclusion not exclusion.

Our hearts also melted when Chucky's Jake (Zackary Arthur) and Devon (Björgvin Arnarson) shared a sweet first kiss. These two are beyond adorable as they explore their feelings for each other. More queer teen love stories, please.

We also have to give props to Chucky star Jennifer Tilly (Tiffany Valentine, Chucky's lover and partner in crime), who at 63 is totally fine with some hot girl-on-girl action in the series.

Tilly, who starred in the film franchise of the Chucky tale, has also been touting the hit series as "the queerest show on television".

And more queer kisses still this week as Jerrie (Jesse James Keitel) —one of our fave characters on Big Sky —said her goodbyes to Mark (Omar Metwally). In a poignant moment, Jerrie asks Mark if there ever could have been something between them. In answer, Mark leaned over and kissed her, oh-so-tenderly. Be still, our fluttering hearts.

These evocations of realness matter in representation of our LGBTQ lives. Trans feminine and nonbinary people like Keitel is in real life and portrays on Big Sky are often in this circumstance of falling in love with a cis-het person. Seeing that play out so realistically and with real emotional resonance on Big Sky has been a journey.

It's been 20 years or more since we first started talking about The Simpsons' Mr. Smithers (voiced by Harry Shearer) being gay. In 2016, Waylon Smithers officially came out to his boss, Mr. Burns (also Shearer).

But now, after decades of unrequited love for Mr. Burns, Smithers will finally find a love that is reciprocal. On the Nov. 21 episode, Smithers will kiss his new boyfriend, billionaire fashion mogul Michael De Graaf (voiced by out actor Victor Garber).

Ain't love grand? We have long felt Smithers deserved to be happy. We hope this is the beginning of a fabulous new life for him.

Being Here
We're Here is HBO's reality drag series and the new season is even better than the first. Featuring former RuPaul's Drag Race contestants Bob the Drag Queen, Eureka O'Hara and Shangela Laquifa Wadley, the trio of queens travel across the country to recruit small-town residents to participate in one-night-only drag shows.

This is one way to give the culture wars a run for their money and smooth those edges. Each episode finds the queens in full drag heading to a new town where they search out someone who needs to tell their queer story. Each of the drag wannabes the queens "adopt" has some kind of issue in their queer life. As the queens prep their protégés for a performance, the series details that person's life, their pain and what performing will do for them.

It's a formula that has worked well on Queer Eye. The series takes us to Twin Falls, Idaho; Branson, Missouri; Gettysburg, Pennsylvania; Shiprock, New Mexico; Ruston, Louisiana; and the border town of Del Rio, Texas. So this is a real shock to these small town's conservative red state systems.

When they made it to the quarter finals, they performed "Costumbres," a traditional song by gay/queer artist Juan Gabriel. Josh Diamonds said, "We told a love story and had a woman leading another woman in a partner dance and just lived our truth. We were happy to share our performance on national television."

In the midst of the competition, Diamonds' mother passed on Oct. 7. He said, "I was so lost, but I knew my mom would want me to continue to follow my dream and not go home."

Diamonds said, "I am a proud Bay Area queer musician and I hope to share my story and inspire others to stand up and be true to yourself because life is short."

Amen. You can watch on Estrella TV, Pluto and You Tube.

Gay Panic
Lisa Ling delved into the Cold War campaign to purge LGBTQ+ individuals from the government, which is an historical tale few non-queer people are familiar with. Ling also meets with people who are still grappling with the legacy of this campaign to turn gay people into traitors on the Nov. 14 episode of her CNN series, This Is Life with Lisa Ling.

"I have always believed that the more we know about each other, the more evolved we become," Ling says about the intent of her hour-long documentaries.

"Gay Panic" details the aftermath of the Lavender Scare that President Eisenhower put in motion with his devastating Executive Order 10450, which barred "homosexuals" from working in the federal government at any level. Thousands of gay and lesbian people were outed, reported and subsequently fired from the State Department. The order also covered private contractors and military personnel.

Eisenhower's actions spurred Joe McCarthy and his amanuensis Roy Cohn and forcibly outed thousands of queer people to devastating consequence, including many suicides.

Alan Simpson wrote, "The so-called 'Red Scare' has been the main focus of most historians of that period of time. A lesser-known element ... and one that harmed far more people, was the witch-hunt McCarthy and others conducted against homosexuals."

Ling's interviews make this story feel oppressively near to us now. Watch at CNN, HBO Max or on-demand.

Comings and Goings
MSNBC is about to lose two heavyweights. Brian Williams, host of The 11th Hour, is leaving NBC at year's end after 28 years. Williams has won all the awards —Polk, Peabody, Emmy— and his acerbic wit has been a balm during the tumult of the Trump years and their aftermath.

Williams is so good, he survived the scandal of his being revealed as a fabulist in 2015 over his reporting on the 2003 invasion of Iraq. Williams was suspended for six months from his position as anchor of NBC Nightly News and resurfaced on late night cable news; still movie-star handsome and with that old-school newsman timbre.

Scandal notwithstanding, Williams remained a stalwart reporter and analyst. He will be missed on that nightly line-up. Who will fill that slot come January has not been announced, if MSNBC even has a plan.

Rachel Maddow, the sole out lesbian in all of primetime news, is also scaling back as host of The Rachel Maddow Show and is rumored to be leaving that show altogether in May.

The Rhodes scholar and queen of the long-form news TV story has been a fixture at MSNBC since the 2008 election. Variety reports one plan being considered for Maddow is that she would do a show once a week while working on other things for NBC-Universal. It would be a very weird MSNBC without Maddow.

As the days get shorter and the nights get longer, you know you really must stay tuned.

Dystopian directions: The Lavender Tube on 'The Handmaid's Tale,' 'Queer as Folk's reboot & more
Sign up!