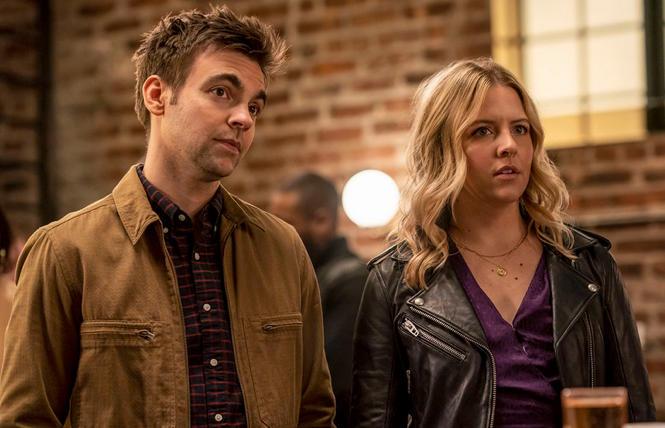 Drew Tarver and Heléne Yorke in 'The Other Two'

So we got through the recall with a total smackdown to the GOP. The giant sequoias are being wrapped to protect them from the wildfires. And it turns out Nancy Pelosi saved America by telling Gen. Mark Milley to do something about Trump, after Biden won the election.

That last has been the stuff of TV drama for a few days now and the dialogue is wild. Pelosi is quoted telling Milley, "He's crazy. You know he's crazy. He's been crazy for a long time. So don't say you don't know what his state of mind is."

Pelosi asked, "What precautions are available to prevent an unstable president from initiating military hostilities or from accessing the launch codes and ordering a nuclear strike?"

"He's crazy and what he did yesterday is further evidence of his craziness," Pelosi added, referring to the deadly Capitol riot on January 6.

Milley responded, "Madam Speaker, I agree with you on everything." Phew!

This isn't a book column, but the book in which this drama appears is the talk of CNN and MSNBC, so you want all the info. We highly recommend Peril by the Washington Post editor Bob Woodward and The Post reporter Robert Costa.

Comedy, please
With so much drama in real life, a little lighter fare might help for our down time. Three comedy/dramedy series have just begun their second seasons, so there is binging material galore here. 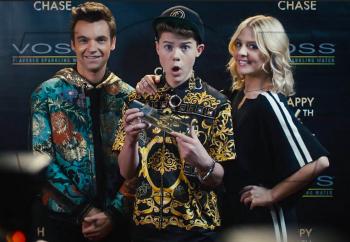 'The Other Two' siblings

The new season of The Other Two is out now on HBO Max. This is a pretty queer series and very funny with some terrific acting and writing.

The show is about two millennial siblings, Cary (out gay actor Drew Tarver) and Brooke Dubek (Heléne Yorke) who must grapple with their younger teen brother Chase's (Case Walker) overnight fame as a viral internet sensation with his pop video as singer ChaseDreams.

Added to this volatile mix is their mother, Pat (Molly Shannon), who is as eager for fame as Chase and is "Hollywood ready." This is a series about family dynamics and about the vicissitudes of both fame and failure. You will love-hate everyone at some point, but oh do you feel for Cary and Brooke, who are the ones finding their way (the "other two" of the title) in life—and in the shadow of their celebrity.

The series is the creation of out gay screenwriter and director Chris Kelly and Sarah Schneider. The duo were Emmy-winning head writers at Saturday Night Live. Kelly has written for Funny or Die, and was a writer and consulting producer on Broad City. Schneider has also been a writer on Master of None.

The Other Two is just wildly funny, witty and arch and acerbic by turns. This is such a totally relatable and painfully real premise, the characters are people we know (or have been) and it's comedy that doesn't hurt anyone to make its plentiful jokes work. All of which, given the world we are living in now, is pretty good, pretty powerful stuff.

A piece of 'Work'
Showtime describes Work in Progress as a series about "a self-identified 'fat, queer dyke' who enters into a transformative relationship during a time of crisis." Sounds fabulous, right? It is.

At the beginning of season one, Abby (Abby McEnany) tells her therapist, "I'm 45, I'm fat. I'm this queer dyke who hasn't done shit in her life, and that is my identity?" It spirals from there. 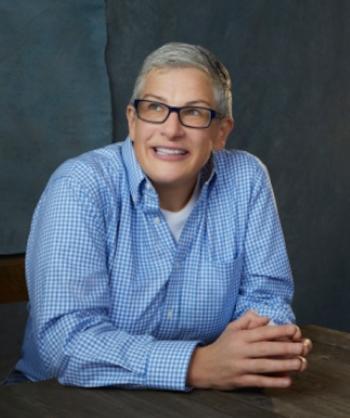 Abby McEnany is a 'Work in Progress'

Work in Progress is radical comedy. It follows Abby as she enters into a relationship with a much younger trans man, Chris (played by non-binary actor Theo Germaine, The Politician) who Abby initially thinks is a baby dyke. Abby is a very butch, very complicated, sometimes suicidal "fat, queer dyke." (McEnany identifies herself the same way. "I think the word dyke is very powerful, and I feel like dykes can do whatever the fuck they want.")

Abby tells her therapist about her elaborate suicide plan. She also says she intends to throw away an almond for every day of her life. We see the almonds as a ritual—Abby tossing them into the trash with an onomatopoeaic plunk is resoundingly about what Abby feels has gone wrong in her life to date.

It would be easy to give away too much here, and some of the funniest bits demand seeing them fresh rather than spoiling the 'OMG!' moment. But there is a lot of teachability going on about gender identity, how we are defined by others and what that does to us as we are finding our way. (There is a whole segment with SNL's Julia Sweeney, who played Pat—a person who was of undefined gender—that is very illuminating.)

The series was created by McEnany and Tim Mason, written and executive produced by McEnany, Mason, and Lilly Wachowski (The Matrix co-creator, who is herself trans), and directed by Mason.

What McEnany is doing in Work in Progress is taking the viewer through the experience of having a body and life as an outsider and a sexual and gender outlaw. It is funny, poignant, so relatable and surprisingly immersive. This is radical realism and we are definitely here for it. (Season 2 is now streaming. But you must watch season 1 first.)

L Word's return
The L Word: Generation Q is the sequel series to The L Word, which aired for six seasons on Showtime from 2004 to 2009. Similar to its predecessor, the series mainly follows the lives of a group of lesbian and bisexual women who live in Los Angeles.

The L Word: Generation Q differs from the largely white, mostly wealthy cast of its groundbreaking predecessor by adding some trans men, a whole lot of people of color and women and trans people who don't have money. But like The L Word, Gen Q is about love and sex and work. 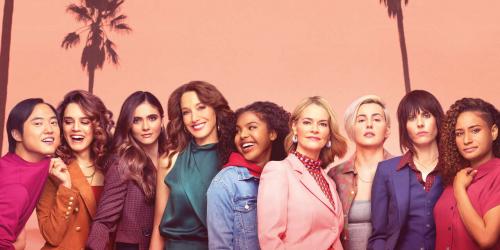 The cast of 'The L Word: Generation Q'

So, the good news is that season 2 is smoother, sharper and a touch more emotionally relatable than season 1. We know these folks better now, and we have stopped yearning for the old series' characters (well, except for Papi and Carmen). These are indeed people we know and we believe who they are and what they want. And we like them (mostly) and want to know where they go next.

One of the big shocks of this new season is Shane. Who knew she would become a focal point and be so... together and centered? It's been quite the journey, watching her, well, grow up. But as always, we are drawn to her sensuality, and her love life is always going to be the stuff of water cooler morning after gossip.

As in the original series, we are pulled into these characters' lives as they fall in and out of love while looking for a landing —or launch— pad. These are women and men who are driven to succeed while also searching for the missing pieces to fill out their lives.

Finley, the sexy butch star of this series, is also trying to extricate herself from her deeply religious (and suffocating) upbringing. There is a lot of baby mama drama from a few characters and so many exes populate the cast that at times it feels a bit like a Russian novel. But it's fresh and a lot of fun and very popcorn-worthy.

This is a really solid cast. The new characters (who are repeatedly referred to as "diverse" by Showtime; stop that, please!) are the center, not adjuncts tacked onto the people we loved (and sometimes hated) for six seasons. Season 2 is now streaming on Showtime, but you do need to watch season 1 first.

Sportertainment: The Lavender Tube on LGBT athletes & allies at the Tokyo Olympics
Sign up!