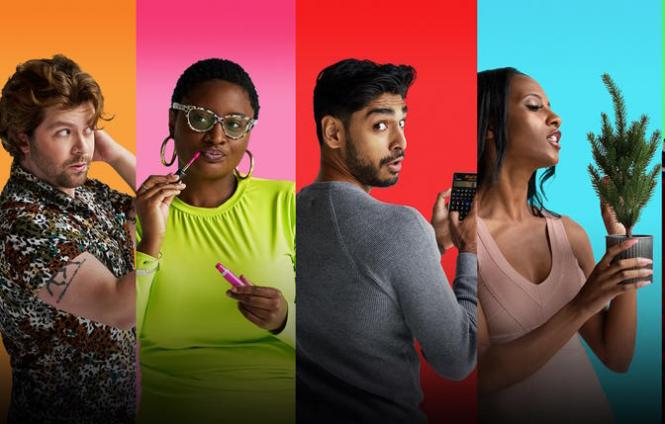 It's Pride! Last week Demi Lovato came out as non-binary with a new short haircut and a video on Twitter. Kehlani came out as lesbian: "everyone knew but me." Singer-songwriter Angel Olsen came out on Instagram: "I'm gay!" and introduced her girlfriend, Adele Thibodeaux, a writer on HBO's High Maintenance. Disney actress Dov Cameron came out as "super queer." Adorable hottie, California native and Disney actor Joshua Barrett came out after confessing his crush on Harry Styles.

Your turn! There is never a better time to come out and live your authentic life than now.

The TV landscape is full of Pride month options to support our LGBTQ-ness.

FX/Hulu are airing Pose: The Final Season, one of the most moving and involving series written explicitly for us.

If you haven't seen HBO's It's a Sin, about the lives of intergenerational gay men in Britain during the AIDS crisis, it's time. It's brilliant.

Lifetime
We're a closet devotee of Lifetime, so we're thrilled that the network that has kept women screenwriters, directors and producers in work throughout the pandemic is now featuring Pride programming.

The season finale of Lifetime's hit dating series, Married at First Sight: Unmatchables will center on two queer men who are looking to find love with the help of experts Pastor Cal and Dr. Viviana. 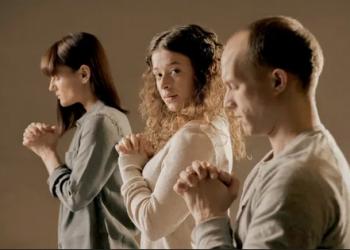 Encore airings of two powerful original movies will air this June. Trapped: The Alex Cooper Story and Prayers for Bobby. The movies will also be available on VOD and in the Lifetime Movie Club.

Based on the memoir Saving Alex, Trapped follows the harrowing journey of 15-year-old Alex (Addison Holley), who after revealing she was gay to her devout Mormon parents, was sent away and trapped for eight-months in conversion therapy, enduring horrible punishment at the hands of strangers.

Against insurmountable odds, Alex was able to escape and went on to become an important activist in the fight to end this brutal torture. Since the premiere of Trapped and with the added attention to Alex's story and others from the movie's debut, Utah has now passed legislation fully banning conversion therapy for minors. Trapped earned a GLAAD Media Award nomination last year.

Prayers for Bobby is based on a true story adapted from the book by journalist Leroy Aarons. Three-time Academy Award nominee Sigourney Weaver stars as Mary Griffith, a profoundly religious wife and mother who began to question her faith after the suicide of her gay son Bobby (Ryan Kelley).

Ultimately, with the posthumous acceptance of her son's homosexuality, Mary drew on the strength and comfort from the gay community, particularly PFLAG, and became a staunch advocate for gay rights before passing away in 2020. Dan Butler, Henry Czerny, Austin Nichols and Carly Schroeder also star.

Revry
Revry is a global streaming network launched in 2016 —and run by a lot of young people of color and women— that focuses on queer content and creators. But while everyone knows about LOGO, Revry isn't as widely appreciated.

The network has a slew of Pride programming throughout the month and is partnering with none other than McDonald's to get that programming up and out. While we're not fans of corporate sponsorship of Pride events, supporting a queer network like Revry is a net plus for the LGBTQ community. (McDonald's also announced they are raising their minimum wage by 10% to between $11 and $17, depending on region.) 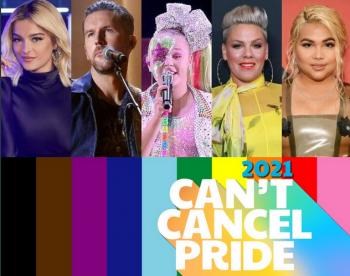 "We have brought together a community of top LGBTQ musical artists, comedians, drag celebrities and ballroom luminaries in an inclusive 'house' designed to celebrate our diversity and bring us together at a time when we're all craving connection," says Christopher J. Rodriguez, Revry CBO and Co-Founder.

"Aligned with our values, we're honored to partner with Revry for its House of Pride event, to create feel-good moments that champion equality, unity and progress," said Elizabeth Campbell, Senior Director of Cultural Engagement, McDonald's USA.

Campbell said, "We hope this event fosters allyship and belonging, while celebrating diverse identities to further a world where all people can feel seen and accepted."

The House of Pride celebration will be followed by the first-ever PrideXR Virtual Reality Nightclub Experience inside Microsoft's Altspace VR platform in a futuristic world developed by DreamlandXR, Fresh Wata, and Chicken Waffle. Can you say wild?

PBS
The network that was celebrating Pride before it was trendy has a month of specials featuring LGBTQ stories. Check local listings for the times of these stellar programs.

June 6: American Masters: Holly Near—Singing for Our Lives
We first fell in love with Holly Near in college. The singer-songwriter-activist has been speaking and singing truth to power for decades and that work has centered a multiplicity of concerns. For the last 40 years Near has worked on global social justice coalition-building in the women's and lesbian movements.

June 7: American Masters: Terrence McNally—Every Act of Life
Explore Tony-winning gay playwright Terrence McNally's six decades in theater. The film delves into McNally's pursuit of love and inspiration, LGBTQ and AIDS activism, triumph over addiction and the power of the arts to transform society. McNally was brilliant. His work is iconic: Love! Valour! Compassion!, Master Class, Kiss of the Spider Woman and Ragtime. McNally died last year from COVID-19. This is a tribute to his life and work.

June 9: Out in Rural America
This documentary piece explores the struggles and joys of being LGBTQ in rural America from a cultural, social, familial and religious perspective.

June 15: Expect a Miracle
Watch the story of Fraternity House, the only hospice in North San Diego County that gave AIDS patients near death a safe place to die with dignity and love.

Our history is long, but our stories—our true stories of our real lives--are just beginning to be told. So you know you really must stay tuned. Happy Pride!