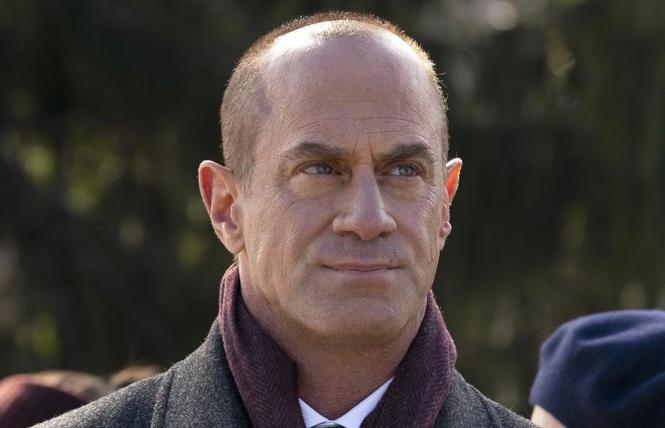 Anti-Asian crime wave
Legendary queer writer Gore Vidal said, "We are the United States of Amnesia, we learn nothing because we remember nothing."

Another story of misogyny + racism + guns played out across our TV screens this week. Eight people murdered by yet another angry white guy who didn't get enough "WAP."

Richard Aaron Long, 21, killed seven women, six of them Asian, as well as a white veteran who worked at one of the Asian-run massage parlors that Long frequented.

Long was having a "bad day," Capt. Jay Baker of the Cherokee County Sheriff's Office told us in a televised press conference. Long was "fed up." And so he bought a gun and killed the women he blamed for his professed "sex addiction."

Two days later we watched Rep. Grace Meng (D-NY) in tears on CNN as she responded to Rep. Chip Roy's (R-TX) use of lynching imagery while he dismissed the escalating violence against Asian/AAPI people that his party has fomented.

Then we saw an interview with Rep. Doris Matsui (D-CA), who was born in the Poston War Relocation Center, an internment camp in Arizona. It wasn't that long ago if Matsui is younger than the President.

Then a GNC Korean lesbian friend told us about how she was standing on a street corner when someone said a series of anti-Asian and anti-gay slurs behind her and when she turned, they shoved her hard and she narrowly missed falling into oncoming traffic. Then we cried.

CNN's Kyung Lah has been covering anti-Asian/AAPI violence for months. Anchors Brianna Keilar and Erin Burnett have highlighted the issue often. Both women have called out Trump surrogates using anti-Asian slurs to describe the COVID-19 pandemic during the previous administration. Keilar famously cut away from Peter Navarro after he referenced the "China virus."

But the response to the escalating violence—one Asian/AAPI advocacy group we spoke with noted they had received thousands of reports of harassment and violence in 2020—has been overwhelmingly silence from mainstream media and our non-Asian/AAPI electeds.

Talk, talk
Before the Atlanta killings, CBS's The Talk had gone on hiatus after a tense exchange between co-hosts Sheryl Underwood and Sharon Osbourne. Osbourne was supporting world-renowned racist Piers Morgan, who had just been asked to resign from Good Morning Britain after he claimed Meghan Markle, Duchess of Sussex, had lied about being suicidal.

The exchange between Osbourne and Underwood had a decidedly racist tone, and at one point Osbourne said to Underwood, "Don't try to cry. If anyone should be crying, it should be me."
Crew members reportedly went to HR en masse, they were so shaken by the episode.

On March 16, noted queer journalist Yashar Ali broke the story that Osbourne also made anti-Asian and homophobic statements about other co-hosts at The Talk. Osbourne is the only The Talk co-host to make it through all 11 seasons of the show.

Holly Robinson Peete, who now co-stars on American Housewife, said on Twitter that Osbourne said she was "too ghetto" for The Talk and she was canned.

CBS said in a statement that it is committed to "a process where all voices are heard, claims are investigated and appropriate action is taken where necessary." The statement also says that the network "is committed to a diverse, inclusive and respectful workplace across all of our productions."

As we have asked every day on Twitter since the initial exchange between Underwood and Osbourne, why hasn't CBS fired Osbourne yet? Either you are committed to diversity or you are not.

CBS has the worst rating of any network for LGBTQ representation, according to GLAAD and it's not great on Asian representation, either. Outside of two series set in Hawaii, neither of which has an Asian lead, Asian characters are secondary at best.

Law & Order: Redux
When Chris Meloni left Law & Order: Special Victims Unit in 2011, many queried if the show could survive without the dynamic Meloni's character, Det. Eliot Stabler had created with his partner, Det. Olivia Benson (Mariska Hargitay). But a decade later, Hargitay owns what is now the longest-running drama on TV, Det. Benson has risen to Captain and Hargitay is the longest starring female lead in TV history.

The return of Eliot has been teased repeatedly, but never materialized—until now. Law & Order: Organized Crime is the seventh series in the Law & Order franchise which debuted with the original show in 1990. The new series will debut April 1 in a crossover event with SVU.

Law & Order: Organized Crime has Stabler return to the NYPD after a personal loss to lead a new task force that battles organized crime. Unsurprisingly, Stabler —who was always a loose cannon who often represented exactly why we need police reform and was always a tough guy who stuffed his feelings— finds that the criminal justice system has changed over the past decade.

NBC says of Stabler's return: "He must adapt to a criminal justice system in the midst of its own moment of reckoning. Throughout the series, we will follow Stabler's journey to find absolution and rebuild his life, while leading a new elite task force that is taking apart the city's most powerful criminal syndicates one by one."

Meloni has often gravitated to butch daddy roles. Prior to SVU he starred in the prison series Oz. There he played Chris Keller, one of the most amoral of the characters, for five seasons. Keller was a bisexual serial killer and psychopath who preyed upon gay men in the outside world while hiding his sexual orientation through a series of marriages. A very hot and cut Meloni spent a lot of time shirtless.

Since SVU, Meloni has co-starred on some notable series, among them True Blood, Veep, The Handmaid's Tale and starred in the Syfy series, Happy. Meloni was fabulous in Pose as Elektra Wintour's sugar daddy.

Law & Order: Organized Crime is helmed by out lesbian show runner Ilene Chaiken. Chaiken created the iconic series The L Word and its reboot, The L Word: Generation Q, as well as the reality series The Real L Word.

All that queerness Chaiken has brought to her series is bound to influence Law & Order: Organized Crime. One of the chief complaints about the Law & Order franchise has been no queer characters in a city the size of New York. SVU recently added a bisexual character, Kat Tamin (Jamie Gray Hyder), to the squad. But as is so often the case on TV, she does double duty as the squad's only woman of color.

The new series has several women of color in the main cast, including Tamara Taylor (Bones) and Daniele Moné Truitt (Rebel), which is promising.

Meloni is so good, and Chaiken is so adept, we're sure Law & Order: Organized Crime will soar—hopefully with queer characters in the mix.

Tidbits
Finally, Netflix has announced a second season of the queer disability comedy Special, about a young gay man with cerebral palsy who branches out from his insular existence in hopes of finally going after the life he wants.

If you haven't seen HBO Max's trans docuseries The Lady and The Dale, we aren't going to spoil it for you, just order you to watch it. Directed by trans woman Zackary Drucker, it is the fascinating true crime story of Elizabeth Carmichael, a trans woman entrepreneur who in 1970 created "The Dale," a fuel-efficient three-wheeled car. Talk about a wild ride!

Finally, keep your Asian/AAPI friends close —listen, lean in, love. Don't talk over or through. Protest, protect, make the world safer for all of us. Intersectionality demands that white people step up for BIPOC, men step up for women, cis people for TGNCNB people, people with cash for poor and houseless people, non-disabled for disabled. No one is going to do this for us, but us. Stay tuned.