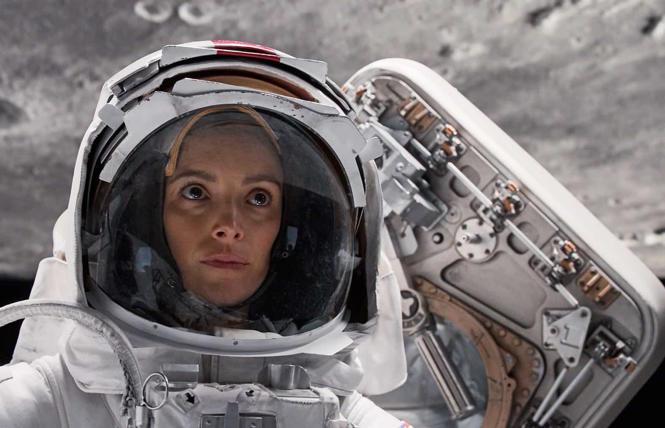 Jodi Balfour in 'For All Mankind'

The category is: Done.

On March 5, the Disney-owned FX announced the Emmy- and Peabody-winning Pose will end with the third season. The final season will consist of an abbreviated seven episodes and debut Sunday, May 2, at 10 p.m. with two episodes. The series finale will air June 6, for Pride Month.

There have only been two TV series telling the story of the AIDS pandemic of the 1980s and '90s: the current British series It's a Sin and Pose. So this is a loss. But the show's creators were upbeat.

"We got to tell the exact story we wanted, as we wanted to tell it, and I'm incredibly honored and grateful," co-creator Ryan Murphy said in a statement March 5.

Murphy and Pose executive producer and director Janet Mock moved to Netflix last year. Pose co-creator Steven Canals remains at Disney where he is working on another LGBTQ-themed show.

"'Write the TV show you want to watch!' That's what I was told in 2014 while completing my MFA in screenwriting," Canals said in a statement March 5. "At the time we weren't seeing very many Black and Latinx characters —that happened to also be LGBTQ+-— populating screens. And so I wrote the first draft of a pilot the 'younger me' deserved."

Canals said, "Pose was conceived as a love letter to the underground New York ballroom community, to my beloved New York, to my queer and trans family, to myself. I, along with my incredible collaborators, never intended on changing the TV landscape. I simply wanted to tell an honest story about family, resilience and love. How fortunate am I to have done that for three seasons." 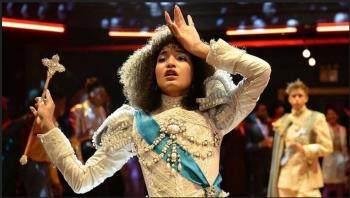 Canals said he is grateful for the opportunity and the love Pose engendered. He said, "I'm filled with gratitude to our intrepid writers, cast, crew and producers who worked tirelessly to make Pose come to life, humbled by our loyal audience, thankful to the ballroom community who trusted us to tell their story, overwhelmed by the critics who warmly embraced us, and forever indebted to Ryan Murphy, FX and 20th Television for changing my life."

For All Mankind
If you are up in the air for a new series to binge, the Apple+ series For All Mankind will take you into the outer limits (see what we did there?) —and with a bold and multi-faceted queer storyline.

The series' premise is unique. The first crewed mission to the moon during the space race in the late 1960s was a success for NASA and the U.S. But what if that space race never ended?

For All Mankind puts the Soviets in control. A cosmonaut is the first person to land on the moon. NASA's morale is shattered, but American can-do spirit prevails. Yet with the Soviets emphasizing diversity by including a woman in subsequent landings, the U.S. is forced to keep up. So unlike what happened in our actual history, women and people of color who were largely excluded from the initial decades of U.S. space exploration are now in the frame.

The first real American woman in space was Sally Ride—a lesbian. Subsequently many American women astronauts have been lesbians. There was even a lesbian space drama in 2019 and 2020 between lesbian astronaut Anne McClain and her estranged spouse, Summer Worden.

In For All Mankind, one of the main characters, astronaut Ellen Waverly (Jodi Balfour), is a closeted lesbian. She's in a relationship with Pam Horton (Meghan Leathers), a bartender.

In season one, Ellen's sexuality is hidden from most of her colleagues. She has a beard —a gay man, Larry Wilson (Nate Corddry), a NASA engineer— who poses as her boyfriend and later as her husband.

The series was created by Ronald D. Moore, who won an Emmy and Peabody for Battlestar Gallactica and also worked on Star Trek, so he knows his space stuff. If you like space stories, you'll like this one. Comes with myriad cameos from real American astronauts folded into the plot, and even JFK, Ronald Reagan and Henry Kissinger.

MSM Ignores Trans Murders
In 2020, the Human Rights Campaign (HRC) identified at least 44 transgender or gender nonconforming people who were brutally killed in the U.S., marking the deadliest year on record. The majority of victims were trans people of color. Yet despite this disproportionate number of murders of trans people, national news media virtually ignored the killings. One cable network, Fox News, deliberately misrepresented the epidemic of violence against trans women in particular as "fake news."

A new Media Matters analysis of 2020 broadcast and cable TV news found that networks discussed anti-trans violence for only 54 minutes across 23 segments. Less than an hour of coverage in the whole of 2020. That is only a little more than a minute per victim over the entire national news platform in the U.S.

Reports from MSNBC accounted for more than half of all coverage. Other networks covered the topic for less than six minutes each. Yet three networks have out gay and lesbian anchors who could have raised this issue themselves. Robin Roberts (ABC), Rachel Maddow (MSNBC), Anderson Cooper (CNN) and Don Lemon (CNN) all have high ratings and are openly queer, and each has discussed their sexual orientation on air. Roberts and Lemon are both Black.

Media Matters' analysis examined corporate broadcast news shows on ABC, CBS and NBC, as well as cable news coverage on CNN, Fox News, and MSNBC. PBS, which is a non-profit, was not included in the analysis.

PBS covered transgender murders in various segments in May, June, August, October and November for a total of nearly 30 minutes—more than half the time as all other networks combined. (Those reports by PBS are available online on PBS.com and YouTube.)

When people ask why we still need a queer press, this is why. The only people telling our stories are us.

Clarice
Finally, in the March 4 episode of CBS's compelling new drama Clarice, Clarice Starling (Rebecca Breeds) and her Black Best Friend, Ardelia Mapp (Devin A. Tyler) have a fight over...racism. Clarice promises to do better. But as part of this subplot, Ardelia quotes lesbian icon Audre Lorde's famous line "The master's tools will never dismantle the master's house," which was also the title of a speech Lorde gave.

This subplot, in which Ardelia calls Clarice out for her white privilege, is incredibly powerful. It also speaks to how different these exchanges are when crafted by Black showrunners, like Jenny Lumet.

So for the grim and the grand, the lofty and the luminous, you really must stay tuned.