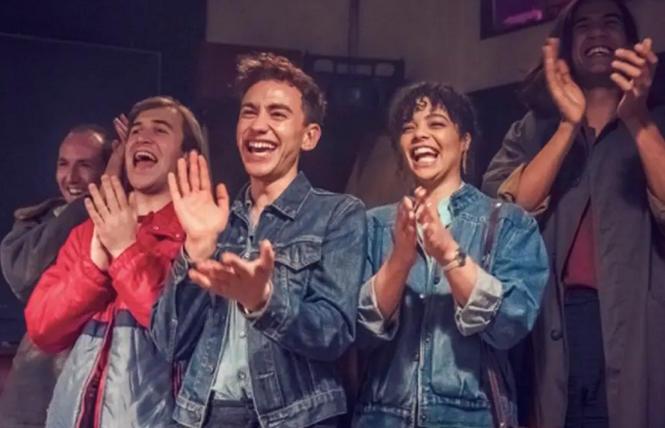 Black History Month is at an end, but ABC's new series, Soul of a Nation, is just beginning. ABC is promoting the series as "by Black people for all people," and Soul of a Nation is meant to be an inclusive look at Black America from the inside that welcomes non-Black people into that world of culture, excellence and tragic history.

Everyone who isn't Black —especially white people— needs this series and its messaging. The six-part series is the first broadcast network news magazine to feature Black culture, from Black perspectives.

Each episode explores a theme. Those include spirituality, Black joy and Black activism in sports. The protests, activism and social change that erupted after George Floyd's death are a focal point. 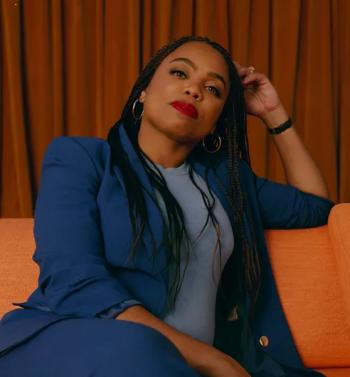 America is at a critical juncture on race. Donald Trump's attempts to overturn an election in which Black votes and Black voters featured prominently in securing the swing states, highlights how voter suppression is a key feature of the Republican Party playbook.

Soul of a Nation delves deep. The series traverses America and focuses on unpacking race and racism via intimate storytelling. Jemele Hill, Marsai Martin and others are among the guest hosts for each episode with interviews and reporting by ABC News anchors and correspondents.

There are some extraordinary and shocking stories, like that of 95-year-old Lucille Burden Osborne, the great-granddaughter of Charles McGruder. Her enslaved ancestor was deployed to neighboring plantations as a breeder —yes, a breeder— because humans were indeed treated like cattle. McGruder created a home for his many children after emancipation.

At the other end of the generational and historical divide is the exploration of the behind-the-scenes lives of some of TikTok's most influential young Black content creators. Afrofuturism as a philosophy, aesthetic, genre and tool for social change is another focus of the series.

In each episode, familiar Black faces —performers, activists, scholars and clergy— discuss current events "in the kitchen." Each episode ends with a special performance featuring a Black performer or spoken word artist. The series begins March 2 on ABC.

It's a Sin
Pose took many of us back to the bleak and angry days of the AIDS crisis with a compelling look inside that time with characters of color, a vantage point that had been largely hidden. 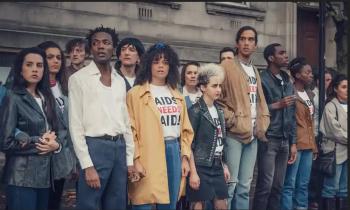 Welsh show runner Russell T. Davies is best known in the U.S. for Queer as Folk. It's a Sin has all the depth and pathos and wry humor that the original British series had and the American version did not.

The acting, direction and writing in It's a Sin are stellar. Ritchie (Olly Alexander), Roscoe (Omari Douglas), Colin (Callum Scott Howells), Ash (Nathaniel Curtis), Arthur (Stephen Fry) and Henry (Neil Patrick Harris) are among the key players. Each is superb in their role, with Harris delivering one of his best performances in years.

The total range of the period is addressed, including the AIDS denialism that beset a swathe of the gay community, fed by outlier scientists and certain gay newspapers, even as people were dying every day.

Intergenerational relationships play a distinct role —both Roscoe and Colin are involved with older men— which is both true to reality and presents a looming question: Will any of these young men live to be the age of their benefactors?

At one point Henry, in a long-term relationship, defines the landscape of gayness of that time to Colin, noting: "The official history of the world says that men like us have always been hidden away in secret. But then there's the real world, where we've been living, together, for all this time."

But that bravado is belied when Colin asks about Henry's family of origin. He replies, "I've moved on from them." Gutting.

Charting the pandemic from the vantage point of straight friends is another reality bite. Lydia West plays Jill, the close confidant of the main group who is a foil to the young men —the straight woman friend who bears painful witness to the dying.

Jill and Ritchie's relationship is a foundational one. Ritchie is the AIDS denier Tory, who resonates in this era of anti-maskers and COVID denialists, where Dr. Tony Fauci is back trying to save lives among the naysayers. Ritchie complains that "Every single conversation has to go on and on about AIDS."

There is a harrowing scene between Ritchie and his boyfriend Donald (Nathaniel Hall) where they are about to have sex and they debate the condom, lamenting the with a condom on "you can't feel anything." Ritchie decides for them: "We're both clean, don't you think?"

It's a heartbreaking scene, as we all predict the answer.

As with Pose, these are real and realistic characters with a plethora of foibles. But they are so believable and true to both their time and our memory of it; that you cannot look away. This is our history; tragic, survivalist and resilient.

Tell Me Your Secrets
We will watch anything starring Lily Rabe (American Horror Story), so we have been anticipating Amazon's original series, Tell Me Your Secrets. This female-driven series created by Harriet Warner and executive-produced by Bruna Papandrea, is kind of a mess, but watch it anyway. 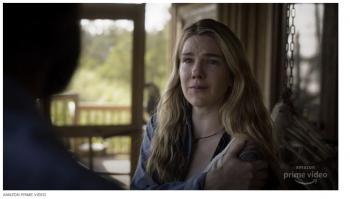 Lily Rabe in 'Tell Me Your Secrets'

Rabe is incendiary as Emma Hall, a woman with a complicated past as defining as her present. As the series opens, Karen Miller is being released from prison where she was incarcerated for her role as accessory to her serial killer ex. She's given the new identity of Emma and set down in the mysterious and creepy world of the Louisiana bayou. Having lived there ourselves, we know it well and Warner has evoked that world in all its secretive and mysterious primordialism.

Amazon describes their series and the three main characters without giving away too much: "Emma is a woman who once looked into the eyes of a dangerous killer, John [Hamish Linklater] is a former serial predator desperate to find redemption, and Mary [Amy Brenneman] is a grieving mother obsessed with finding her missing daughter. As each of them is pushed to the edge, the truth about their pasts and motives grows ever murkier, blurring the lines between victim and perpetrator."

Murkier, yes. Blurring the lines? Oh yes. Compelling? Very. The three principals deliver extraordinary performances. Brenneman steps outside her usual nice-lady fare to present Mary as an obsessive and driven mother so desperate for answers she will do unthinkable things. And Linklater is riveting.

But it is Rabe who centers the story and our attention. She will be back soon in the next American Horror Story, but for now, the dark thrills of Tell Me Your Secrets are worth your time.

Men in Kilts
Men in Kilts: A Roadtrip with Sam and Graham is absolutely delightful guy fun with men often in Scottish garb, and testosterone on overload. Actors Sam Heughan (Outlander) and Graham McTavish (The Hobbit trilogy) explore their homeland with alacrity.

Men in Kilts is engaging and enchanting and a great way to see Scotland while we can't travel, learn some history beyond Braveheart and discover that there's more to Scottish food than haggis. Eight episodes are on Starz and Hulu.

For the deep, the decadent, the dark and the delightful, while you await your vaccine, you really must stay tuned.