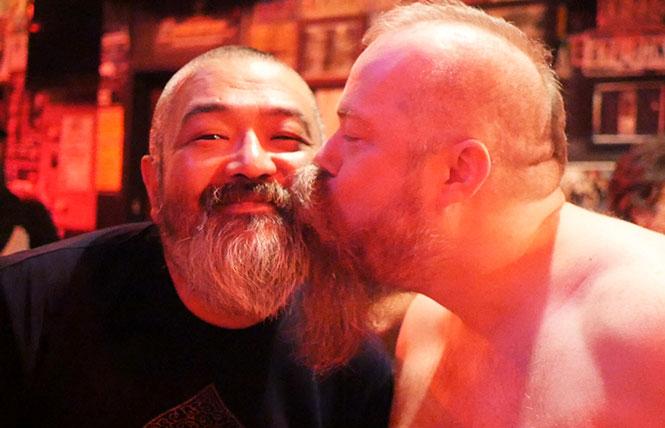 Gengoroh Tagame (left) at The Eagle in New York City

Graham Kolbeins' new documentary Queer Japan is a colorful and sometimes dizzying portrait of LGBT life in several major Japanese cities, starting with Tokyo. The film lives up to its promise of offering a diverse look at the country's queer landscape, introducing viewers to a cross section of every imaginable type of LGBTQ person from across the sexual and gender spectrum. 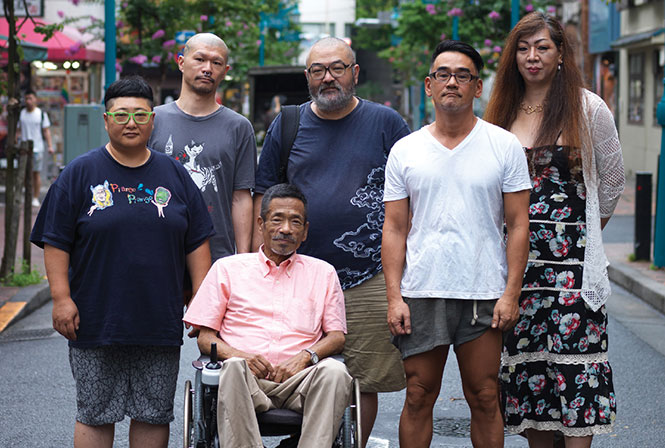 Kolbeins also visits a Japanese Pride celebration, where ambassador Caroline Kennedy greets the crowd. All in all, some fifty people are interviewed throughout the film.

"Right now in Japan we're in the middle of an LGBT boom," says an unidentified voice as the film opens. "I think it's incredibly important to gain visibility, to make it so that we can be seen."

"On the other hand, however, there's also the thinking of not generating any friction with the majority as much as possible," says a second voice.

"It's not necessarily that being gay or lesbian is the problem," says a third voice. "But it's the family values and format that traditional Japanese are afraid of breaking."

Yet in spite of the conservative nature of Japanese society, the subjects seen and heard in Queer Japan are all out, loud and proud, unashamed of who they are or how they express their sexual or gender identity. The film is a celebration of the freedom to be who each of us is, without judgment, even though that judgment can sometimes come from within the community itself. 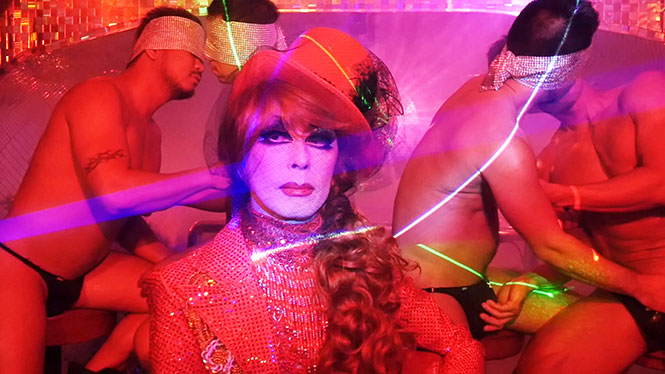 The film was shot over a period of three years. Interviewees touch upon a myriad of topics, such as racism, the exploitation of transgender sex workers, LGBT civil rights and HIV. There's also a brief look at a band that performs songs about sexually transmitted diseases.

The people profiled in Queer Japan are all fascinating figures, so it is a shame that each interview is so brief. The film jumps from person to person before the viewer can get to know them better. But the film is, nonetheless, a fascinating look inside a country with a vibrant LGBT community, a community that is coming into its own.

Queer Japan can be viewed on Apple TV, Amazon Prime and Google Play.
The film is in Japanese with clear, easy to read English subtitles.

Colors in a Japanese rainbow