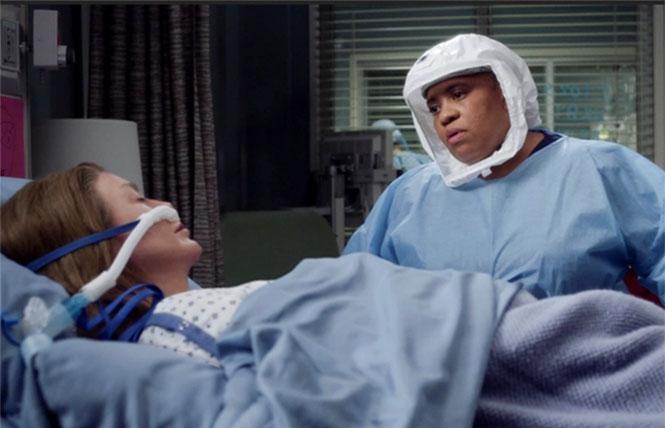 The best gift we are getting this holiday season is that 2020 is almost over. Whatever higher power you worship, say a prayer of thanks for that.

In news coverage; When MSNBC gave Joy Reid the slot previously held for years by Chris Matthews, that left her Saturday and Sunday morning AM Joy slots anchor-less. On Dec. 3 the network named Tiffany Cross and Jonathan Capehart as the new anchors for the Saturday and Sunday shows. 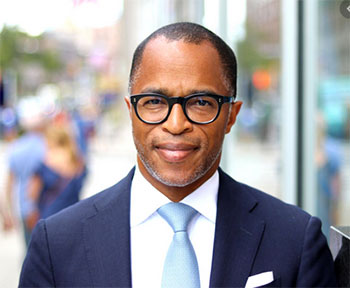 Cross, a political analyst and former resident fellow at the Harvard Kennedy School's Institute of Politics, was given the Saturday slot, which airs between 10 a.m. and noon. Capehart, a Pulitzer Prize-winning journalist and opinion columnist for The Washington Post, has worked as a contributor at MSNBC since 2009. Capehart took over the same time slot on Sundays. The new shows debuted December 12 and 13 from Washington, D.C.

The Dec. 13 launch of The Sunday Show ended with Capehart thanking his family and his NBC News friends. He told the story of his childhood dream to be a news person and how he landed at MSNBC as an intern. It was a compelling and moving tale and the final minutes where Capehart thanked his husband and family brought us close to the ugly cry. 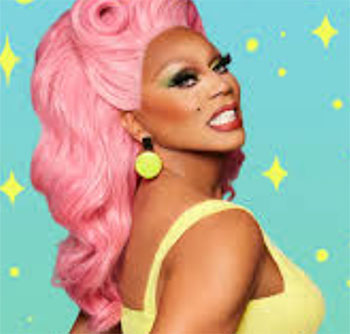 Could we be more ready? The new trailer just dropped and tells all. "This season my girls will make you flip," RuPaul says. "I hope you like surprises. I've got a big one!"

This is a new year and a new tone. The new season of Untucked premieres after the season 13 premiere of Drag Race.

A Million Little Things
There is always a lot going on in A Million Little Things, a prime-time soap with the ensemble cast that is a The Big Chill-premised story. The main coterie of 30- and 40-something friends is linked by their longevity as friends, past bad behavior and the suicide of a man they knew and loved, all of which makes for compelling drama.

Season three began with Eddie (David Giuntoli) being paralyzed by a hit-and-run driver. Since we became suddenly paraplegic in 2016, this story line has particular resonance for us. The trauma around Eddie's injury impacts not just him, but also his wife and son. Eddie's paralysis is creating a full-on crisis in his life, and thus far the representation of how hard it is to navigate one's own home and one's own body resonates with us.

In the Dec. 10 episode, Eddie was dealing with the complexities of his paralysis and reaching for the painkillers —disastrous for a recovering addict. While Eddie tried to cope, Danny dealt with a crisis in his own life.

Danny (Chance Hurstfield) confides in Gary (James Roday Rodriguez) that he's being bullied at school for being gay. Gary, who is famous for giving wrong advice, tells Danny to confront the boy, Tyler, who told him that Danny's father committed suicide because Danny was gay and no father would want a son like that.

Danny's confrontation with Tyler results in a physical fight. When Gary picks him up from school, Danny has a bloody nose.

But as the adults —Danny's mother, Delilah (Stéphanie Szostak) and Gary— discuss how to handle what happened, Tyler turns up. His father insisted he apologize to Danny. What ensues is the revelation that Tyler's sister committed suicide a month earlier and Tyler is feeling the pain and guilt. His lashing out at Danny is part of that mass of emotion. Danny is forgiving and the two bond over their mutual loss.

We weren't keen on this resolution. Tyler never addresses and is never asked to explain nor explore his homophobia. And we are weary of queer characters being expected to just move on from the harassment and violence.

But real teen actors in real teen story lines is always good. And the fact that Tyler's parents know this was not acceptable behavior and forced the apology resonates. Now find Danny a new boyfriend.

Grey's Anatomy
As the vaccine begins to roll out across the country, giving us hope for a light at the end of this very dark COVID-19 tunnel, we admit that between pandemic anxiety and Trump fatigue we cry more than we ever thought we could. (That gay/trans Ritz cracker "the family you choose" commercial makes us tear up every time.) Still, the closing minutes of Grey's Anatomy on the Dec. 10 episode were absolutely gutting.

The longest-running prime-time series on ABC has addressed the coronavirus pandemic like nothing else on TV. Grey's has been positively searing in its nuanced approach to the pandemic that has altered all our lives. We've watched our beloved lead character, Dr. Meredith Grey (Ellen Pompeo), fighting for her life on a ventilator. We've seen characters we care about get sick and the people they care about die.

It has been, to be honest, hard to watch, as it stands in stark counterpoint to the outgoing President of the United States completely ignoring the reality of the mounting death toll.

In this episode, Dr. Miranda Bailey (Chandra Wilson) commiserated with Dr. Maggie Pierce (Kelly McCreary) about the ways in which the pandemic has disproportionately affected Black and brown Americans. Bailey's mother has been brought in from a nursing home, sick with COVID. "I don't want her to be just another Black woman statistic in this pandemic count!" says Bailey to Pierce.

The episode draws to a close with Bailey giving us a tear-jerking send off to her mother's passing, singing her out to the Temptations' "I Got Sunshine." The episode ended with a long list of names of COVID-19 dead, scrolling endlessly on the black screen. So many, many names.

"Even in their deaths, they are not faceless," said Wilson's voiceover, as she began to read off the list. "They are not nameless. They are more than statistics." They are, she tells us, "Baseball-loving nurses with an easy laugh," "great-grandfathers who loved Broadway," and "the world's greatest mothers, and the most beloved wives."

Grey's Anatomy writer and medical consultant Zoanne Clack told media, "The inspiration for saying the names in the final voiceover was multi-factorial. When my mom contracted and almost died of COVID, I was so mad that she might go down in history as one of the nameless, faceless ramifications of this disease. I was seeing how it was disproportionately affecting Black Americans, older Americans, and people who lived in assisted living."

Those of us who survived the AIDS pandemic and remember when this newspaper was half news stories about the crisis and half obituaries of young men who should still be alive today, will understand how that ending tore through our heart and took us back to that time.

May the memories of all our beloved dead be a blessing to all who loved them. For all of this and more, you really must stay tuned.

Lawfully good: The Lavender Tube on SVU, Johnny Sibilly and more
Sign up!