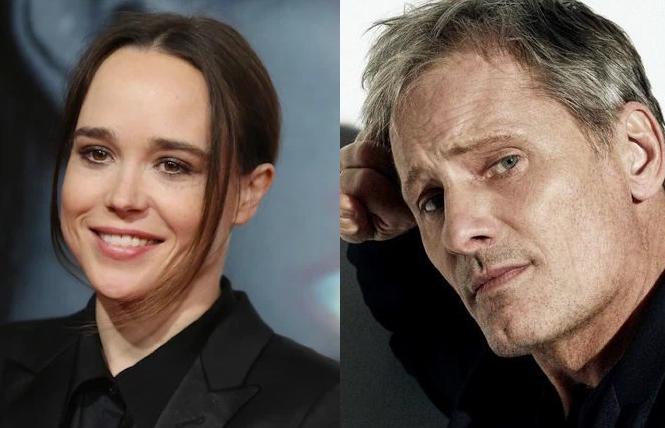 The news of Elliot Page's coming out as transgender spread across the internet since his December 1 announcement. After receiving 1.7 million likes on Twitter, congratulatory praise came from the actor's colleagues in the TV and film industry as well as activists, members of the LGBTQ community, and allies.

At the same time, with a bit less fanfare, actor Viggo Mortensen raised eyebrows with his defense in playing a gay character in a new film that he also wrote, directed and produced. In an interview, Mortensen replied, "You're assuming I'm completely straight."

While very different in their circumstances, the two actors' situations bring up the question of representing LGBT characters, and who should portray such roles.

Page, who came out as a lesbian while identifying as Ellen Page, won an Oscar nomination for the film Juno. Currently a cast member in the Netflix series The Umbrella Academy, Page portrays the super-power-enabled Vanya Hargreeves, who, at Page's story suggestion, in Season 2 had a time-traveling lesbian love affair with a married woman. 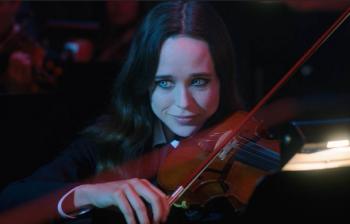 Elliot Page in 'The Umbrella Academy'

This was one of a few changes in the show's adaptation of the graphic novel, which depicts Vanya as a buxom tall woman in tight-fitting clothes. As the producers struggle with filming Season 3 amid the COVID-19 pandemic, producers were quoted in Variety as saying that Page's character would not become transgender.

The Umbrella Academy producers even said they would retroactively replace Page's new first name in credits; Netlix and the Internet Movie Database followed suit as well.

This comes at a time when transgender actors and activists have called for the end of cisgender actors portraying transgender characters. In 2018, Charlotte Johansen bowed out of playing a transgender lead character in the film project Rub and Tug after being harshly criticized for dismissing the controversy. 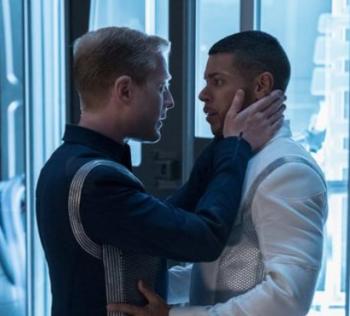 Star Trek, for years the bane of devoted queer Trekkies ("Where are we in the future?") had George Takei as Sulu, but he came out years after the original show ended. Out actor Zachary Quinto played Spock in the JJ Abrams reboot and sequel films. 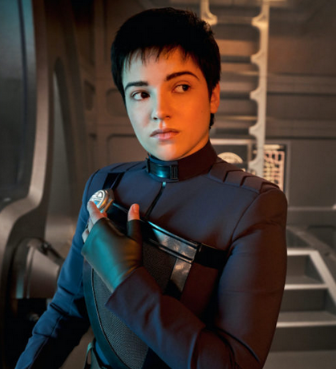 In Season 3, the series includes non-binary actor Blu del Barrio as Adira Tal, whose relationship with trans actor Ian Alexander's character Gray, like that of Stamets and Culber, becomes essential to the story line, not a mere one-off addition to a single episode.

All of this shows remarkable progress. The American film and TV industry has a long history of stereotypical and harmful portrayals of LGBT characters, as documented in the late Vito Russo's book, The Celluloid Closet.

In September, the Academy of Motion Picture Arts and Sciences announced changes for the annual Academy Awards, requiring greater LGBTQ representation in the stories depicted and in the hiring of production crews.

The rules require producers to make diversity and representation a priority for future productions by hiring more LGBTQ people, women, people of color, and those with disabilities.

Independent LGBT filmmakers have a decades-long history of making works that depict queer characters in a variety of ways, but not always with queer actors. In the past few years, independent films have become showcased via online services like Logo and Revry.

But mainstream cinema still mostly touts to the 'boldness' of straight actors playing gay, usually as Oscar-bait in serious tragic dramas (Brokeback Mountain, Philadelphia, Kiss of the Spider Woman, etc.). The Advocate in 2018 published a list of 61 films where straight actors won Oscar nominations for playing queer roles. As more people in film and TV come out, will gay roles be given to gay men, and trans roles written for trans actors? 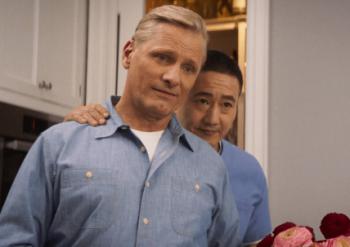 Whose business?
Viggo Mortensen, known primarily for his role as Aragorn in The Lord of the Rings trilogy, has also starred in dozens of acclaimed films, from Witness (1985) to 2018's The Green Book. He's also a prolific author, musician and photographer. But he's never played a gay character.

In Falling, which releases Dec. 4, Mortensen plays John Peterson, a middle-aged gay man with a husband, Eric (Terry Chen) who retrieves his dementia-ridden and bigoted father (Lance Henriksen) from their family farm, and moves him to John and Eric's home in Los Angeles, with the help of his sister Sarah (Laura Linney). The film has already won acclaim at the Sundance Film Festival. 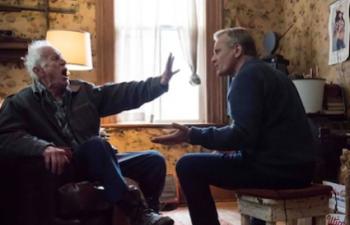 Of his inspiration to make lead and supporting characters gay, Mortensen told the U.K. Times that while writing the script, he thought, "What if it's not a wife? What if it's a husband? I'll try that. I'll write the next scene and see how it feels. If it doesn't work or feels somehow not right for the story, then I won't use it, but I liked it."

Asked about LGBT people being hired in films, and who should play roles, he said, "Look, these are the times we're living in, and I think it's healthy that those issues are brought up," Mortensen said. "The short answer is that I didn't think it was a problem. And people then ask me, 'Well what about Terry Chen, who plays my husband in the film, is he a homosexual?'

"And the answer is I don't know, and I would never have the temerity to ask someone if they were, during the casting process," he continued. "And how do you know what my life is? You're assuming that I'm completely straight. Maybe I am, maybe I'm not. And it's frankly none of your business."

Coming out as transgender (Page) and being possibly "not completely straight" (Mortensen) are only two examples of how actors handle their career and personal choices, and show how diversity in film development, casting and character depiction in television and films continues to evolve.