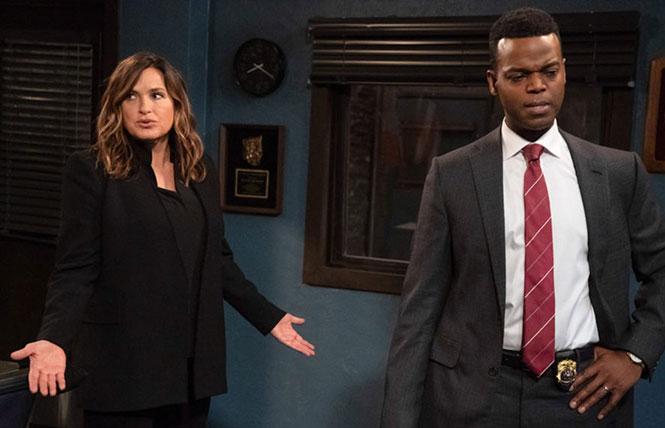 The big breaking CNN news is, Biden-Harris won the election! Again! In this Groundhog Day election, Trump keeps losing with each successive court battle and recount and Biden-Harris gets to win anew. You love to see it. Merry Queer Christmas!

Watch for the GOP to get rageful now that The Gays have absconded with Christmas. We've taken over the Christmas baking contests and the Christmas movies and holiday-themed ads. We especially love the Etsy ad where an elderly Black grandpa comes over to his gay grandson sitting off to the side with his partner and hands them a gift. "We didn't forget you," he says.

The present is an ornament with the two men on it; that is, similar to those with other straight couples that are hanging on the family Christmas tree. It makes us tear up every time. 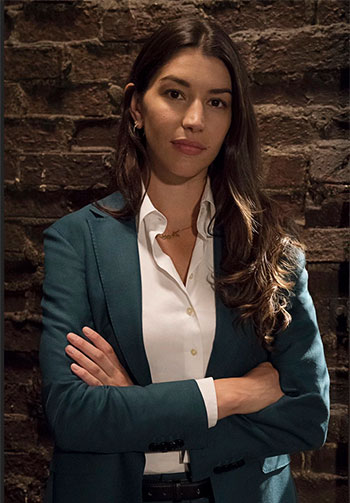 SVU has long been victim-forward, which is not how it goes in real life where sexual assault victims rarely get justice. Working on the series has impacted Hargitay so much that she created the Joyful Heart Foundation in 2004 to address victims of sexual assault and abuse. She has also been influential in the effort to get the national backlog of rape kits tested, even producing a 2017 documentary, I Am Evidence, about the issue.

The SVU season premiere took on police abuse, racial bias, COVID and male-on-male rape. It was a lot. The episode opened with a scene similar to that of Amy Cooper in Central Park this past summer when she called 911 to accuse Black gay ornithologist Chris Cooper (no relation) of threatening her and her dog.

In the SVU version, as police are arresting the Black man, Jayvon Brown (Blake Morris), an Asian man, Dr. Eric Aquino (Chevy Kaeo Martinez), is discovered in some nearby bushes, beaten bloody, his pants around his ankles. He is able to state that he was raped, then loses consciousness. Later we discover he is a doctor who selflessly treats COVID patients, but who has to keep his gay identity secret from his immigrant mother.

In an aside, Det. Kat Tamin (Jamie Gray Hyder), who is bisexual, tells her partner, Det. Rollins (Kelly Giddish) how she can't talk to her immigrant family about her identity, either.

Jayvon Brown is not the rapist—which we knew, even if the police did not. But Dr. Aquino—raped by a closeted white man—never gets justice because the Grand Jury believes the perpetrator over the police. So his rapist gets off—which is sadly accurate in rape cases. 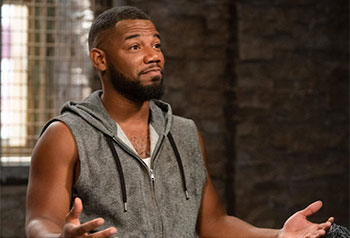 The episode is complex and takes a lot of risks, most notably by having a Black woman internal affairs interrogator, Capt. Renee Curry (Aimé Donna Kelly) force Olivia to address her own possible racial biases: Why did she presume the white woman accuser was telling the truth? Did Olivia investigate her—which would have revealed the woman had a history of false accusations? This is an astonishingly good scene and one in which Olivia is left shaken and questioning herself—as she should be.

At one point in the episode Olivia says she's not a Karen and we cringe at the #NotAllWhiteWomen assertion and her insistence at various points throughout the hour that she is not racist. Surely our Olivia knows that all white people are racist to some degree—we are inculcated by our white supremacist society and have to actively fight that indoctrination.

SVU is making the white audience to look at their own racism through a beloved character who is being forced to reassess her own biases—biases Olivia always viewed as pro-victim, but which she now sees as more than that. When Olivia goes to apologize to Brown, he not only does not forgive her, he raises the ante on her culpability through her silence.

SVU has told some important stories over the past two decades. This arc is one of them. Now the show should ask itself why a series set in New York City has so few characters of color and only added its first main cast queer character in 2019.

Big Controversy
ABC's Big Sky is a powerful and captivating new drama, which makes the controversy the series has generated all the more frustrating. The series tracks the disappearances of young women from the Montana area—an issue that has been the focal point for Indigenous activists in the U.S. and Canada for years.

And therein lies the problem. The women being kidnapped and trafficked in Big Sky are all white.

Jerrie is by turns wistful, provocative and brave and her bonding with Grace (Jade Pettyjohn) is so powerful. The shower scene in the second episode where Jerrie forces Ronald to confront her naked body is one of the most poignant and revelatory we've seen on TV. Outstanding.

Keitel is non-binary and uses she/her and they/them pronouns and previously played a non-binary character on Younger.

Go, Johnny, go
Who doesn't love Johnny Sibilly? He did a heartbreaking dramatic turn as Pray Tells' lover Costas dying from AIDS-related complications on Pose. Now he is starring in his own show.

Logo Live with Johnny Sibilly premiered December 1, and new episodes will drop every Tuesday and Thursday. Check out the teaser for the series where Silbilly twerks his derriere off.

The show is a "live rundown of the day's trending stories with celebrity guest interviews" according to a media alert and will stream on Logo TV's Instagram.

Charming
Deadline reports that gender-nonconforming trans masculine actor J.J. Hawkins will join the cast of The CW's Charmed in a recurring role. Hawkins will appear as Kevin, a transmasculine college student. Hawkins, who uses he/him and they/them pronouns, will be the first trans actor to appear in the series.

Hawkins's previously played Riley on the CBS limited series The Red Line. He has also appeared in NCIS, Criminal Minds, and All Rise. Hawkins is a native of the San Francisco Bay city of Antioch in California. A Mormon, Hawkins revealed on Instagram that coming out was a declarative event for him.

"Coming out is simultaneously one of the worst and the best things I ever did. The worst for its difficulty, the best for its consequences," he wrote. Charmed premieres on The CW January 24.

For all the fun and frolic of the season—and some opportunities for self-reflection—you know you really must stay tuned.

Deafness, disasters and difference: The Lavender Tube on 'Deaf U.', 'COBRA,' and 'First Day'