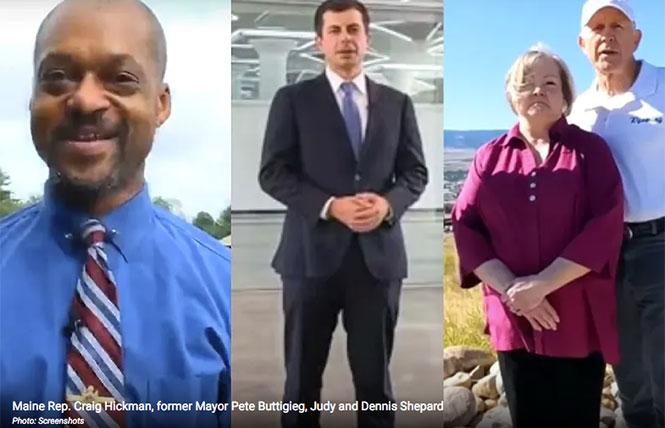 Four years ago we were reporting from the floor of the 2016 Democratic National Convention in Philadelphia. It was a thrilling event, with thousands of people and a huge LGBTQ presence. There were many significant moments, including the first out trans woman speaker, Sarah McBride and several disabled speakers, who highlighted the decades-long work of 2016 nominee Hillary Clinton for disabled Americans.

The presentation of disabled speakers who were centered as a minority voice akin to Black, Latinx or LGBTQ was a first for any convention, with disability rights attorney Dynah Haubert, herself disabled, noting in her speech, "Disability is not a problem to be cured, but part of our identity and diversity." One in five Americans is disabled and the CDC states that LGBTQ people are disproportionately represented.

The first virtual Democratic National Convention in the time of the corona pandemic was an entirely different event from the previous DNC, and a wholly TV extravaganza. This year's DNC had 350 speakers: 53% were women, 51% were BIPOC. 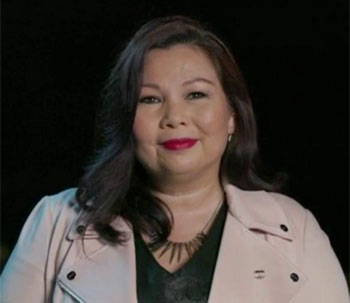 This DNC echoed 2016 in that it centered diversity, and had a strong LGBTQ presence. It also featured a series of disabled people in prominent speaking roles, among them Sen. Tammy Duckworth (D-IL), former congresswoman Gabby Giffords, healthcare rights activist Ady Barkan and teenager Brayden Harrington. Ramp Your Voice creator Vilissa Thompson, a Black disability rights activist, also appeared in a montage of speakers.

Duckworth lost both legs and part of an arm in a firefight while serving in Iraq. She the first woman with a disability elected to Congress.

Giffords sustained a traumatic brain injury in a mass shooting at one of her political events in Tucson in 2011. Her speech reflected years of rehabilitation while also addressing the long-term impact of gun violence. Of the 18 people shot in the incident, six died. Giffords' husband, astronaut Mark Kelly, is running for U.S. Senate against Sen. Martha McSally (R-AZ). 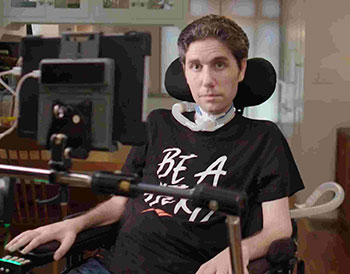 Ady Barkan, 36, was diagnosed with ALS in 2016. He is now completely paralyzed and can only speak through a computer system. The average life expectancy for a person with ALS is two to five years from diagnosis.

Barkan delivered one of the most profoundly impactful statements of the convention. The father of two young children, Barkan is a healthcare activist and disability rights proponent. His powerful address about the need for healthcare reform to insure every American and his efforts to work with Biden toward that end was extraordinarily moving. 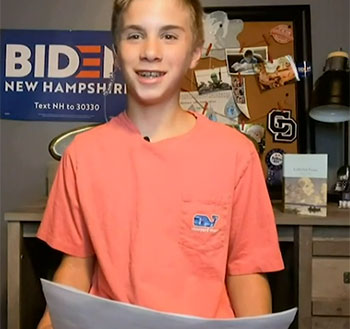 Biden befriended Harrington over his stuttering after a town hall. The 13-year-old delivered a speech about how much Biden had helped him address his stuttering and the way it made him feel. Harrington spent his summer working on the delivery, which was incredibly brave. "I knew I wasn't alone and someone knew what I was going through," Harrington said of his friendship with Biden.

Most Americans aren't delegates or members of the press and thus never get to see conventions up close. The virtual DNC provided the most accessible and engaging convention yet—and a far cry from the exposition of fear-mongering and extremism the Republicans are presenting. The voices of women, people of color, LGBTQ, disabled people and immigrants were fully on display at the 2020 event. Much of it felt deeply personal. This was TV at its best.

The choice to use four Emmy-winning actresses as moderators —Eva Longoria Baston, Kerry Washington, Tracee Ellis Ross and Julia Louis-Dreyfus— was panned by some critics as too Hollywood, but for the most part it worked seamlessly. The three women of color spoke to their own experiences with discrimination and were also readily accessible faces for TV viewers to connect with.

The one wrong note was Louis-Dreyfus. The Veep star's stand-up comedy felt out of place and often at odds with the sober nature of the segments she was following. Did we need jokes at the DNC? We think not. One of the worst transitions was after an emotional segment about nominee Joe Biden and faith, which highlighted an exchange between Biden and the husband of a Black pastor who had been murdered in the white supremacist mass shooting at a Charleston church.

The exchange occurred at one of the CNN town halls during the primary and was emblematic of Biden's empathy and compassion for others. Louis-Dreyfus made a snarky comment about church-going afterward that was just cringe-worthy. And her forced banter with former candidate Andrew Yang in another segment was hard to watch. 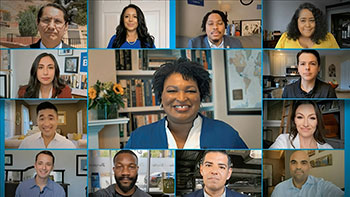 Stacey Abrams with other delegates on Zoom at the DNC

Roll call
Yet throughout the four nights, there were few wrong notes and some of the virtual elements were just spectacular. The roll call was fabulous; personalized and emotive. It is difficult to imagine ever doing it another way. Seeing Judy and Dennis Shepard, the parents of gay hate crime victim Matthew Shepard, speak for Wyoming, where their son was murdered in 1998, was immensely powerful. So too were a myriad of Indigenous people speaking for their states and territories. This presentation was a clear reminder of the diversity of America.

The voices of young politicians were an exciting addition and their introduction would have been lost in a standard DNC format. The virtual format allowed them the space and context to talk about their experiences, and the choice to highlight women, people of color and LGBTQ in these roles highlighted not just the "Big Tent" of the Democrats, but the how younger Democrats have moved decidedly left and their progressive vision.

The keynote address was wildly different from any other; 17 young politicians of color telling their stories, with the final words delivered by Stacey Abrams, who nearly won the Georgia gubernatorial race in 2018 and who was among those being considered by Biden for his vice president.

Among these women and men were Sam Park, Robert Garcia and Malcolm Kenyatta—all openly gay. Kenyatta even appeared with his fiancé, with whom he kissed on screen, and the two spoke about Biden's support for their marriage. Kenyatta was the first openly gay person of color elected to the Pennsylvania State Legislature.

Park, the first Korean American to be part of a keynote address, is the first openly gay man and first Asian-American Democrat elected to the Georgia State Legislature. Garcia is mayor of Long Beach, California and is the city's youngest and first elected openly LGBT mayor, but also the first person of color and Latino American to hold the office.

You've heard the details of the name speakers —Hillary Clinton, Barack and Michelle Obama, Bernie Sanders, Elizabeth Warren, Alexandria Ocasio-Cortez, Kamala Harris and Biden himself— from mainstream media. But it's critical that we remember as the Republicans lie their way through their convention, what the Democrats stand for: inclusion. There is space for all of us within that party. And for that, you really must stay tuned.