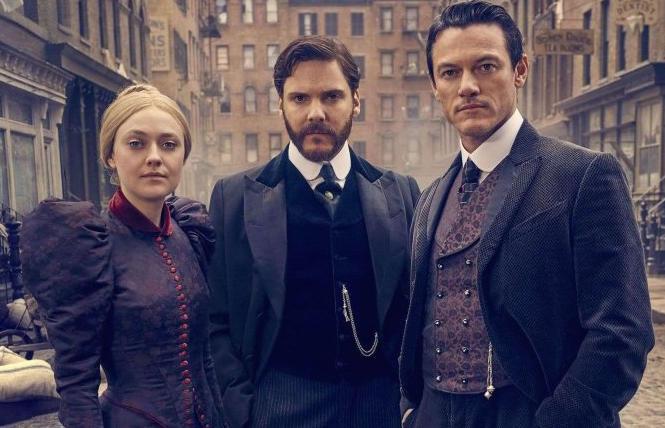 Dakota Fanning, Daniel Brühl and Luke Evans in Season 2 of 'The Alienist'

We thought we could just laze through August in a stupor of Netflix/Hulu/Amazon Prime and chill. That was a nice fantasy. There's so much great TV (the jury is still out on Peacock, but HBO Max is probably a new essential pandemic item), but there is also that pesky resurgence of the pandemic, a rogue president fearful of losing re-election and people one thought were decent turning out to be, well, monstrous. Is it any wonder we prefer crime dramas these days?

Since 2003 Ellen DeGeneres has been the Doyenne of Daytime, taking over the mantle from Oprah when she started her own network. Ellen has been the face of out LGBTQ-ness on daytime all those years, often using her platform to address queer and trans issues. 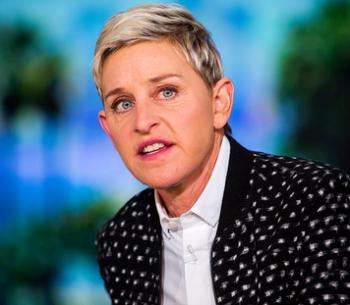 But since the pandemic and subsequent shutdown hit, rumors have swirled that the beloved talk show host may have created an atmosphere of hostility and fear on the Emmy-winning show and has left her staff in the lurch financially during the pandemic, hiring non-union crews to work at her home as she televised the show remotely.

On July 28 it was revealed that the show is now under investigation for allegations of racism, hostility in the workplace, racial intimidation and other concerns. WarnerMedia is launching an internal investigation into The Ellen DeGeneres Show following these accounts.

In response, the show's producers said in a statement, "We are truly heartbroken and sorry to learn that even one person in our production family has had a negative experience. It's not who we are and not who we strive to be, and not the mission Ellen has set for us."

Grantchester
The fifth season of the ITV/PBS period crime drama Grantchester is set in 1957, a dozen years before Stonewall. Those years were a lifetime away for many. Among the gay men tormented and closeted by the laws and mores of the era in the Cambridgeshire village where the series is set is Grantchester's resident curate, Leonard Finch (Al Weaver, Press). 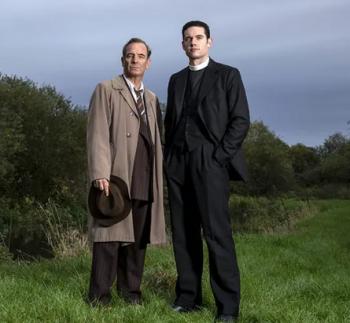 Robson Green and Tom Brittney star in season 5 of Grantchester

As Season 5 opens, Leonard has just returned from a holiday in Morocco with his photographer lover, Daniel Marlowe (Oliver Dimsdale, Downton Abbey). He lies to Mrs. Chapman (Tessa Peake-Jones) about where he's been and spends much of the season lying to her and others about his personal life. Yet his love for Daniel grows and the two spend a night at the vicarage together while Mrs. C is away and new vicar Will Davenport (Tom Brittney, Call the Midwife) is sleeping off a hangover. (Will appears, stunningly buff from all that sweaty boxing he's been doing, nearly naked in this scene, wearing only a towel as he distracts an early-returned Mrs. C so Daniel can escape.)

In Season 3 Leonard had nearly attempted suicide. He was found trembling, straight-razor in hand, by then-vicar Sidney Chambers (the gorgeous James Norton), to whom he lamented, "I can't even do this right!" Sidney held him and soothed him, noting, "You can only be who you are, Leonard. You can't fight who you are."

Will is equally caring about Leonard, and equally unconcerned about Leonard's gayness, which had previously caused the Archdeacon (Gary Beadle) to insist Leonard "straighten up" and get married. That nearly ended disastrously for both Leonard and the young woman he proposed to.

Leonard's story takes quite the surprising turn when he invites his father to visit in an effort at rapprochement, which Daniel supports. But the visit reveals things about all three men that could have lasting impact on the various relationships.

Leonard's story is a secondary plot line to the episodic murder mysteries that propel the series, and which this season also involve some compelling queer story lines. This well-written and superbly acted series also stars the remarkable Robson Green as the irascible and cynical detective Geordie Keating to whom first Sidney, then Will is sidekick.

The Alienist
The Alienist: Angel of Darkness is set in 1897, and the protagonist of Season 2, Sara Howard (Dakota Fanning) is just what we need right now. Season 2 of the period crime drama that has previously featured a gay serial killer is adapted from Caleb Carr's series novel of the same name.

We find Sara running her own private detective agency with a focus on mentoring women. The obsessive alienist Dr. Laszlo Kreizler (Daniel Brühl) and newspaper illustrator-turned-New York Times reporter John Moore (Luke Evans) are her crime-fighting cohorts. This time she is the leader and it's an intriguing switch.

The case this time is the kidnapping of Ana Linares, the infant daughter of the Spanish Consular. Their investigation leads them on the hunt for a new and dangerous killer. According to TNT, the new season "shines a light on the provocative issues of the era —the corruption of institutions, income inequality, yellow press sensationalism, and the role of women in society— themes that still resonate today."

In an interview with TV Guide, the three principles noted how close this season mirrors issues we are facing right now. Brühl said, "It's a very sad conclusion, if you think about it, that a story that is set 1897 and a book that was published in the 1990s feels incredibly current in 2020 when you think about racism, when you think about female empowerment and women's rights, the Yellow Press, the corruption within the police department."

Evans said The Alienist:Angel of Darkness is "not just a brilliant thriller and murder mystery. It's also a story based in a world where there wasn't equality, where women had to fight for a voice. There was also racism and racial inequality. We really dig deep into some of those story lines and issues, but it's still, sadly we're talking about every day, even now."

The Alienist:Angel of Darkness is available on TNT, Hulu, Amazon Prime and YouTube. 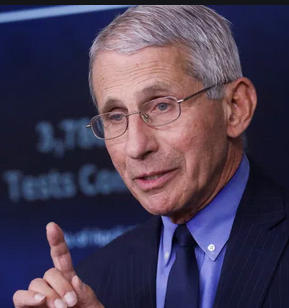 Fauci v. Trump
Finally, on July 28, Dr. Anthony Fauci was forced to go on GMA to defend himself against Trump.

"I have not been misleading the American public under any circumstances," the nation's leading infectious disease specialist told ABC's morning program in answer to the latest lunacy perpetrated by the White House.

Trump had retweeted a post accusing Fauci and Democrats of suppressing the use of the drug hydroxychloroquine to treat COVID-19. That tweet included a link to a video of a conspiracy theory group that claims face masks are harmful.

A Twitter spokesman confirmed that tweets with the video were in violation of the company's COVID-19 misinformation policy, and the tweets shared by Trump were deleted.

Either you're for science or you're not, folks. So for the latest in that war and for some respite from the lunacy, you know you really must stay tuned.