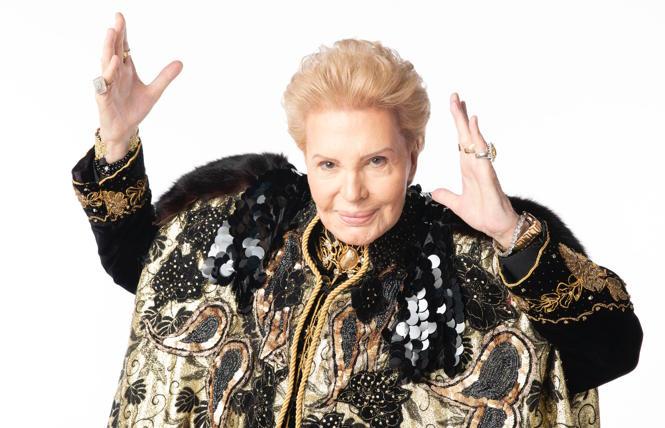 Walter Mercado will make you laugh, make you surprised, make you raise an eyebrow or two. And he will bring you to tears with his sincerest wish that you have love, the "Mucho mucho amor" from which the title of the new Netflix documentary about his life is taken.

Mucho, Mucho Amor: The Legend of Walter Mercado, directed by Cristina Constantini and Kareem Tabsch, is a Netflix original and a paean to its subject. The captivating film explores the rise and fall of a beloved icon of the Spanish-speaking world who riveted audiences for more than four decades with his wildly improbable act and charming personality. The directors adore Mercado and want you to love him, too.

By film's end, you will. 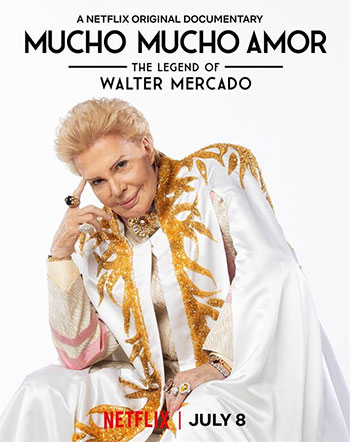 As Netflix notes, "Every day for decades, extravagant Puerto Rican astrologer, psychic, and gender nonconforming legend Walter Mercado charmed the world with his televised horoscopes." And then some.

To say that Mercado was a character is to understate, and nothing about Mercado was understated. The flamboyant astrologer and psychic was a gender-bending icon. It is not hyperbole to say there has never been anyone else like him. Throughout the Spanish-speaking world the Puerto Rican TV personality was as commanding of audiences as Oprah at her peak. There were years when America never missed Oprah. So too with Mercado. At his peak he had a viewership of 120 million.

And like Oprah, the phenomenon of Mercado kept the audiences rapt. He defined their days because his messaging was pure as it was riveting. He was gorgeous in his youth, like a Valentino; striking with his high cheekbones and full lips. "He wore a cape because he was a superhero," says one friend.

As the directors explain, Mercado "enthralled the Latin world with sequined capes, opulent jewelry and horoscopes that shared a message of love and hope to his devoted viewers."

Mercado is a visionary in many respects and his vibrant queerness is compelling for viewers. As LGBT activist Karlo Karlo says in the film, he gave young queer people a message of hope.

And what a message it was. If you've never seen Mercado, you are in for a treat. He's a fascinating person; a man who often looks like a woman, a seemingly gay diva queen who claims to be a virgin. 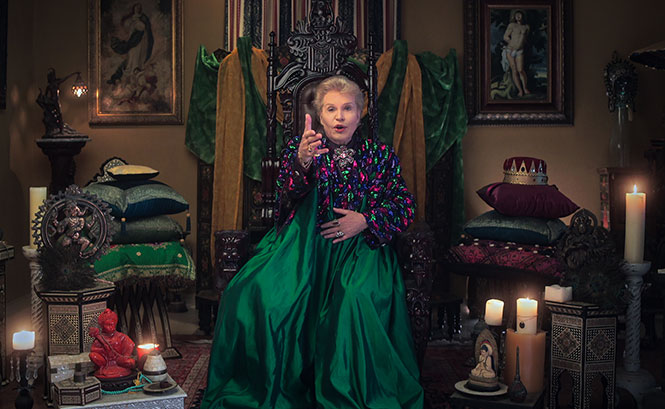 "I have sex with life," he asserts in one interview. Mercado's long-time assistant, Willy Acosta, is interviewed in the film. Acosta says that people have always assumed the two were lovers, but that they never were. Despite his totally queer energy, Mercado is described mostly as asexual.

When Mercado speaks to his audience, he is enrapturing. It's obvious why families tuned in daily to hear not just his predictions, but his enveloping goodwill. Mercado embraces his audience and you really feel it.

Walter Mercado Salinas was born in 1932 in Ponce, Puerto Rico, the son of a Puerto Rican father and a Catalán mother. From an early age he was always convinced of his spiritual abilities and his reach into the psychic world. He says he was "not like other boys." His mother told him "being different is a gift."

After training in a host of disciplines that included pharmacy and psychology, he dedicated himself to the performing arts and classical dance.

Mercado performed as a dancer for years and throughout his 20s and 30s, and worked as an actor on several Puerto Rican telenovelas, including Un Adios en el Recuerdo (Farewell to the Memory) and Larga Distancia (Long Distance).

But the big moment that changed his life was when television producer Elín Ortíz put him on his show after another guest failed to show up: literally 15 minutes of fame. Mercado used the time to introduce his wild astrologer persona for the first time —the capes, the rings, the over-the-top-ness.

A star was born.

Mercado was so popular that soon he had his own hour-long program: Walter, the Stars, and You, an astrology show. From 1970 through 2010, Mercado was a mainstay on TV. A powerful scene in the film is when Hamilton creator Lin-Manuel Miranda explains how impactful Mercado was on his life. Miranda talks about having watched Mercado's show with his mother when he was growing up. 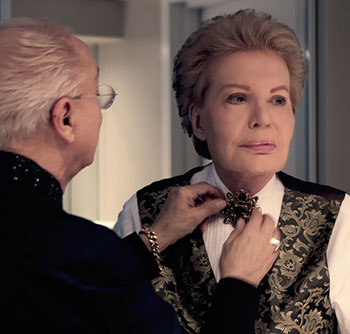 When Miranda calls Mercado and the two men meet, their meeting underscores how intense Mercado's influence was on communities that have traditionally been invisible. As Miranda explains, Mercado was always on the TV screens of Latin American families, sharing his astrological commentary and being an undeniable icon for the Latino world from his various Telemundo programs.

Between 1990 and 2010, Mercado collaborated with Univision, reaching an American audience. In addition to his TV programs on Telemundo and Univision, Mercado also wrote his predictions for newspapers, magazines, and web pages. He was a syndicated columnist for The Miami Herald. He was also a frequent guest on other talk shows, Sally Jessy Raphael, Howard Stern and Cristina among them.

Mercado's role as a psychic hotline personality on the Psychic Friends Network and it is that role that was his undoing. Not only is it a scam, but Guillermo "Bill" Bakula, who put him there, also takes all Mercado's money. Mercado was unaware that the contract he signed with Bakula signed over the rights to all of Mercado's past and future work, as well as the performer's name.

The legal battle went on for years and led to a complete breakdown of Mercado's health. He was in decline from 2012 through his death in November 2019, when his heart and kidneys failed. He died at the Auxilio Mutuo hospital in San Juan at the age of 87.

"A lot of people are talking. The important thing is to be, and it's very difficult to be," said Mercado.

And yet Mercado managed to be who he was throughout his life—facing down the macho world into which he was born, creating a persona that defied every norm and embracing life with such vibrancy that it was infectious and drew millions into his orbit. It's a fascinating story, an amazing life and the only sadness is that Mercado is gone now and we can't still access that amor that he brought to so many.