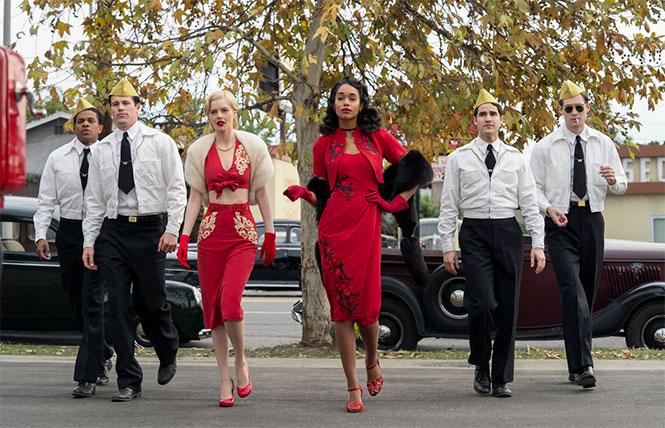 We have come to expect the unexpected from Ryan Murphy, one of the most prolific gay show runners in all of television. Hollywood is stylish, soignée and a beautiful, sexy, wildly uneven mess.

As Netflix describes their latest, "In post-World War II Hollywood, an ambitious group of aspiring actors and filmmakers will do almost anything to make their showbiz dreams come true."

The seven-episode series plays with the notion of a Hollywood that might have been if women, queers and people of color were given free rein. Mixing real denizens of 1940s Tinseltown with fictional characters, the storyline arcs over a thirsting older actress turned mogul, a young black actress relegated to maid roles, a black gay screenwriter, a manipulative gay casting couch agent/manager, the hayseed Roy Fitzgerald who would become Rock Hudson and some very pretty young things trying to make it in a studio system that is selling straight white males only.

The highlights are the sets, which are extraordinary, the bodies, which are hot and toned and gleaming, and the acting, which is off-the-charts amazing.

Emmys will go to Tony-winning diva Patti LuPone, who plays Avis Amberg, an ambitious studio mogul-in-waiting (at 71 LuPone does an amazing sex scene) and to Jim Parsons, who plays Henry Willson, the agent who made Rock Hudson a star, to bitchy perfection. Dylan McDermott is terrific as a pastiche of Scotty Bowers, who ran a gas station brothel that serviced many a secret Hollywood desire.

Come to Hollywood expecting glitz and glamour and a whole lot of vivid sex and you will enjoy the series immensely. (There is an EW Zoom online of a dozen of the actors talking about 'Why so much sex?' that is worth a look.)

But there is a lot going on as Murphy and co-creator Ian Brennan try to tackle racism, sexism, homophobia and classism. Not all of it adds up to the sum of its parts. Janet Mock directs two episodes. 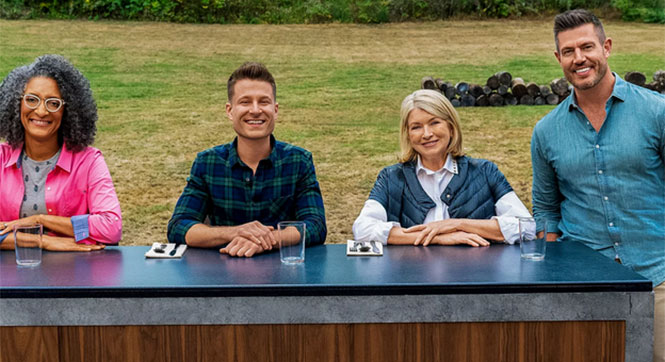 Cops, cakes, cribs and comedy
May is filled with new TV series, movies and specials, as well as season finales. PBS's Frontline: Coronavirus Pandemic is the first documentary of Covid-19. It is available online as is the May 8 An American Portrait, which follows three people touched by the pandemic.

We find solace in both news about the science, like the PBS documentary, and cooking shows, which we watch to decompress and because they have so much reliable queer content. It is into that arena that the doyenne of all things domestic brings six bakers together to brave bees, rain and extreme heat and win a $25,000 prize. Yes, Bakeaway Camp with Martha Stewart premieres on the Food Network May 11. You will love it.

Late night comedy has been a mixed bag sans audiences, but Full Frontal with Samantha Bee is always good. Check out Bee's hilarious interview with Sen. Kamala Harris as they discuss Trump, the Veepstakes and the curses that Harris tries not to say in public. It's available on YouTube, if you don't have Comedy Central. 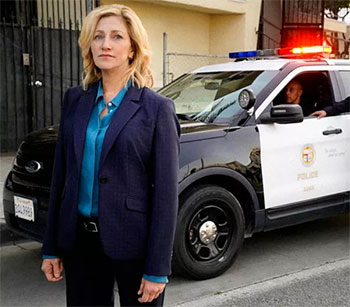 Tommy was one of the surprises of this season. The always Emmy-worthy Edie Falco breathed nuanced life into the role of Abigail "Tommy" Thomas, the first woman police chief of Los Angeles—who is also a lesbian and the mother of a biracial daughter (she was previously married to a black man before she came out).

As the first season draws to a climactic finale on May 7, Tommy is fighting a firing for allegedly using her position to give her girlfriend, daughter and son-in-law various perks. Tommy being female and gay has rankled the rank and file. Some in the L.A. political hierarchy want her annoying integrity gone yesterday. To that end, she's been framed.

This CBS drama has kept us engaged throughout. The writers are half queer and people of color, giving the show a verisimilitude that police procedurals rarely get. The cast is diverse, the story lines very true to now and if you've missed the season, binge it on demand. Well worth watching for Falco alone, who is just stellar in a role we never see on the tube: the older yet still sexual lesbian.