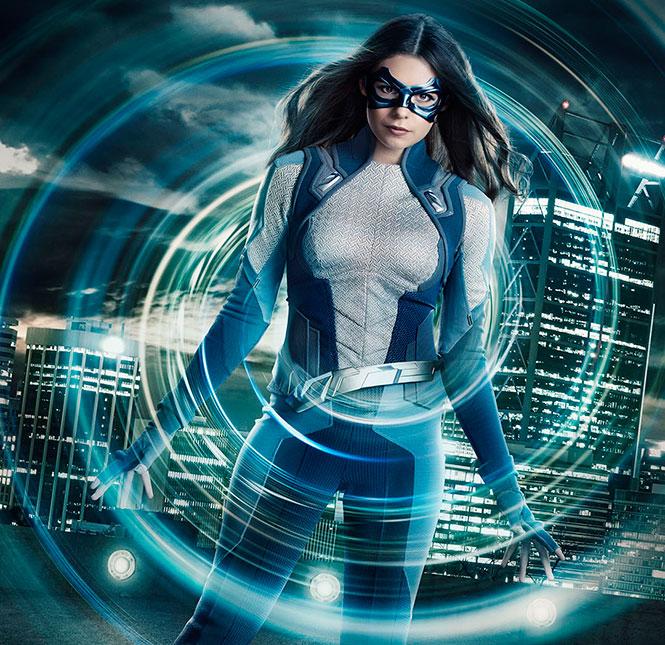 The CW's Supergirl has amassed quite a sizable following over the years. Most recently the super-heroine series has attracted some attention for presenting the first transgender superhero on primetime television.

In an entertainment landscape where trans characters are all too often played by cisgender actors, Nia Nal, aka Dreamer, is being portrayed by twenty-two year old Nicole Maines, who is herself transgender.

Maines, assigned male at birth, knew she was female from as early as when she was three years old.

"I recognized at a very young age that something didn't feel right with the body I was in," Maines tells the Bay Area Reporter. "I went to my parents at three or four years old and told them that I was a girl, and of course that did not make any sense to them."

But Maines was persistent, and her parents slowly came around. It was in elementary school that she began her transition. 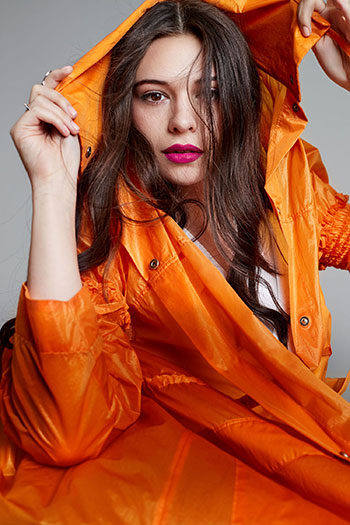 "We did a very gradual transition so as not to shock anybody," she recalls. One year she started wearing pink T-shirts, and the following year she grew her hair out. "Each year with a new rung of the ladder," she said.

By the time she was in the fifth grade she had totally transitioned. At first her classmates accepted her, but later in her school career she did experience some bullying.
"Bigotry is something that's learned," she said. "When kids are taught that something is wrong, that's where bullies come from. They're taught that difference is bad. I was different. But the support far outweighed any bullies. But that's not to say that it didn't have its effect on me. I was in counseling at a very young age. It got to the point where I wasn't able to ride the bus, but I had many more supporters than I did harassers."

She began making history while still in her youth. Maines was referred to as Susan Doe in the landmark Maine Supreme Court case Doe vs. Regional School Unit 26, an anti-discrimination case in which Maines won the right to use the girl's restroom in her school. It was the first case in which a state court ruled that denying a transgender student access to the bathroom which matches their gender identity is unlawful.

"The school buckled," she recalls. "So they pulled me out and stuck me in the staff bathroom and gave me a bodyguard to make sure that I was using the right bathroom. They told me it was for my protection."

Her family filed suit for unlawful discrimination against the school district. Since 2005 sexual orientation and gender identity have been a protected class under the Maine Human Rights Act, which means that the school did not have the right to do what they did.

Maines recalls the experience as feeling "spectacular." She acknowledges that issues remain with enforcing non-discrimination laws.

"To this day I hear about kids in middle school and high school whose principals will not let them use the right bathroom," she said. "Even after the Maine Human Rights Act, even after my family's case had been settled and won, and all the press, there are still schools who refuse to let trans kids use the right bathroom." 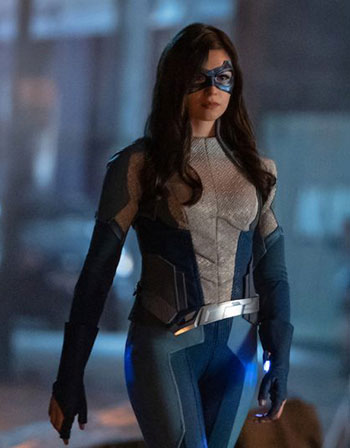 While Maines feels that it's important for people to be out, she notes that it's also important to do so safely.

"A lot of trans kids have to stay in the closet to protect themselves from their parents, from their families, from their communities," she said. "So as important as it is to be out and proud, do it safely. And I think that's why so many of these online communities have become such safe havens, because a lot of these kids aren't in a position where they can do it safely yet."

But, she points out, if a person isn't in danger of being kicked out of the house, or of facing physical or verbal abuse, then by all means come out.

"In an environment where the administration is actively trying to erase our identities —they took queer people off the 2020 census— you fight against erasure with visibility," she said. "And that's why I'm so proud to be an actor and to have the platform that I do, to be on Supergirl, and to be in people's living rooms on TV as a super hero, that visibility is radical. Visibility in any form is activism. We make them see us. We deny them the opportunity to erase us."

Super, girl!
Maines also spoke of the role she plays on Supergirl. Nia Nal, she explains, is a cub reporter. She's just come from Washington D.C. where she was a speechwriter at the White House. It's soon revealed that Nia is transgender. 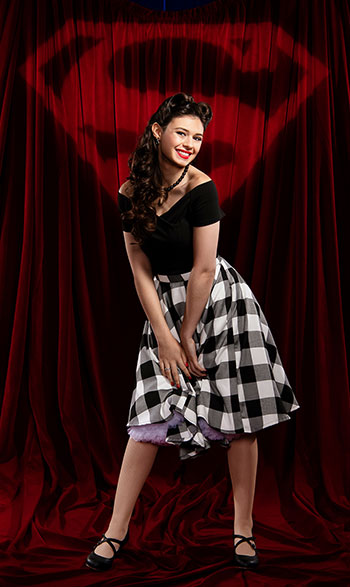 "She has this courage to her and this drive to protect other people," she explains. "Her character is so dedicated to truth and standing up for the little guy. It's then revealed that she is half alien and that she is a descendant of the planet Naltor, a planet where people have the ability to see the future in their dreams."

As Maines explains it, the dreaming powers are passed down to one woman per generation. Nia's older sister, who was born as a biological female, was expected to inherit the powers, but the powers recognized that Nia's destiny was to be a woman, and so the powers were bestowed upon her.

"She embraces these powers and she takes up the mantle of Dreamer and she joins Supergirl as a superhero protege," Maines said. "And now, in season five, Dreamer has become this beacon for the trans community, and she's just become a superhero all her own. It's really been great to see her journey."

The real world trans community has embraced Maines and Nia. Maines noted that she hears from trans people all the time.

"It's so amazing to get to see how many people are being validated by seeing a trans superhero on television," she said. "I always try to make clear is that I'm in the exact same boat. I've never had a trans super hero before either. And so, for me getting to see the finished product on television, for me getting to see Dreamer, is just as affirming, just as important."

Maines is now being told that she's a role model. She modestly hopes that it's true.
"I hope that I have been able to show young trans kids that that being trans is not an inhibitor, that it does not keep you from doing anything that you want to do in the world," she said. "Being a superhero is where the bar is set. If you can be a superhero, everything else is within arms reach. So if a trans person is able to be a superhero, we're able to do anything. And that's what I want young trans kids to take away. That being trans does not keep them from any want, desire, dream that they may have."

Supergirl has been renewed for a sixth season by the CW Network.