The Queering of American TV 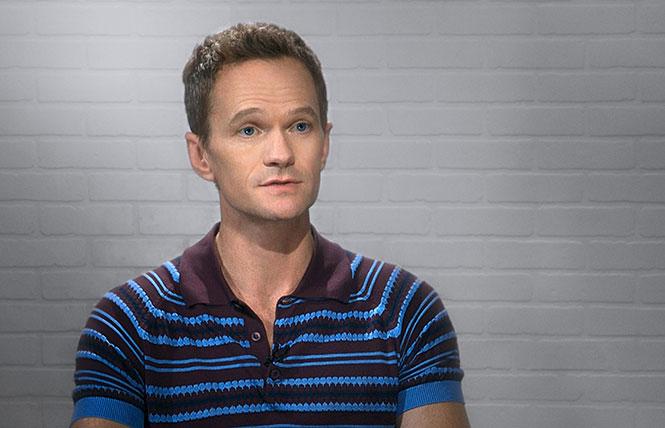 "We tune into TV to hang out with these friends who in some way reflect your world back out to you." "Television helps us make sense of who we are." These testimonies are from well-known LGBTQ TV actors, producers, and screenwriters who kickstart the five-part documentary series "Visible: Out on Television," streaming on Apple TV+. Directed by Ryan White with executive producers Wilson Cruz and Wanda Sykes, this TV event charts the history of LGBTQ representation from 1950s/60s Dark Ages (the first time the word homosexual was uttered on TV was during the Army-McCarthy Congressional hearings, and it wasn't celebratory) through today's hard-won diverse visibility.

"Visible" is the TV equivalent of Vito Russo's "Celluloid Closet," which showed how motion pictures depicted LGBTQ characters. Perhaps because of its intimacy, TV has had a greater impact on cultural attitudes, acting as both teacher and catalyst in the acceptance of LGBTQ people. "Visible" is chock-full of archival footage. Though groundbreaking in their time, some clips can make you wince in horror because of how far we've come. "That Certain Summer" (1972) implied homosexuality is a mental illness, a gay father apologizing to his son, "If I had a choice, this is not something I would pick for myself." Yet this first gay-themed TV movie made others possible, such as 1985's "An Early Frost," the first movie on AIDS (nominated for 14 Emmys; all but one advertiser abandoned it).

The episode Breakthrough recreates the 1997 coming out of Ellen DeGeneres' character on her "Ellen" sitcom, and Ellen herself in Time magazine. Ellen had to beg ABC for this milestone, and it led to network advisories, ratings decline (audiences weren't interested in her dating exploits) and cancellation. Yet the Ellen epiphany led to "Will & Grace," which begat "Modern Family." Such breakthroughs always include struggles, which include setbacks such as homicidal lesbians, killing off LGBTQ characters through murder or suicide, forcing gay/lesbian characters to date the opposite sex, and queer baiting (promoting lurid same-sex kisses to boost higher ratings for sweeps week). 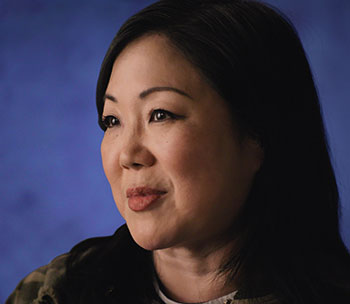 Many advances are highlighted, such as the first out gay person on TV, Lance Loud, on the first reality show, PBS's 1973 "An American Family"; Ryan Phillippe's first out gay teenager in the soap opera "One Life to Live"; Christine Jorgenson, the first trans person interviewed, in 1953; first lesbian TV movie "A Question of Love" (1978); first gay Reality TV competition winner, Richard Hatch on "Survivor"; Pedro Zamora, the first openly gay man with AIDS, on "Real World: San Francisco"; and the coming out of journalists Don Lemon, Anderson Cooper and Rachel Maddow. The series excels with interviews of many LGBTQ and ally stars (Margaret Cho, George Takei, Janet Mock, Billy Porter) who comment on their roles and discuss how earlier LGBTQ characters inspired them.

There are also poignant scenes noting casualties like closeted comedian Paul Lynde, forced to speak in code and stifled by the industry; and Sheila James, a supporting star on the comedy series "The Many Lives of Dobie Gillis" rejected as too butch for her own show. She gave up acting to pursue politics as Sheila Kuehl. Wilson Cruz, the first queer person of color in "My So-Called Life," was thrown out of the house by his father, an incident written into the series. Many people of color interviewed complain about seeing only white LGBTQ characters (though there's incisive analysis of "Noah's Ark," "RuPaul's Drag Race," "Pose" and "Orange Is the New Black") and the scarcity of roles for bisexuals and transgenders. Funny clips include queer-coded women's series such as "Golden Girls" and "Sex and the City," where the characters invoke gay archetypes while they create their own families; and Ellen and Wanda pinpointing secret lesbian characters who never came out, such as Alice in "The Brady Bunch," Kate Jackson's Sabrina in "Charlie's Angels," Mary Ann in "Gilligan's Island," "Cagney and Lacey."

There's too much material crammed into these episodes and notable exclusions, but Oprah remarks, "When you see images that are reflective of your own life, it's a reminder that your life matters." No one watching "Visible" will question the veracity of her insight, but the series shows the price paid for the success of Lena Waithe, which would've been unimaginable even a decade ago. We crave rich, complex LGBTQ characters, but as "Visible"'s skillful contextualization of TV's struggle within the larger history of LGBTQ civil rights reminds us, we won't get them unless we fight for them. "Visible" is an exhilarating coming out for Apple TV+.