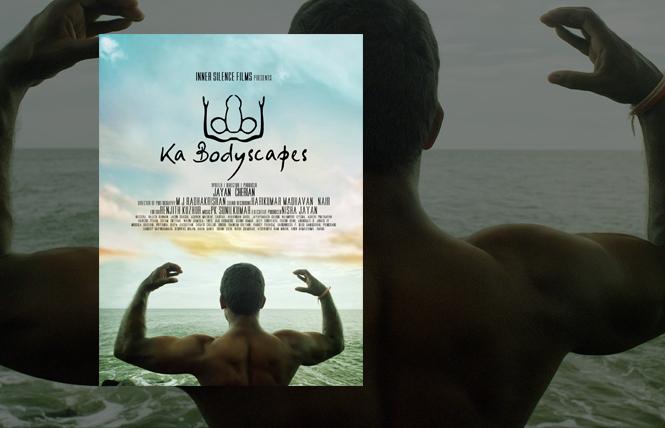 It's not safe to be LGBTQ or a feminist in India. But filmmaker Jayan Cherian and his cast throw caution to the wind with the tale of a gay artist and a feminist who rebel against the societal norms of their conservative Indian city in "Ka Bodyscapes," Cherian's new film now available on Video On Demand platforms.

Cherian faced a long and difficult battle in order to get his film screened in India. Originally banned for "glorifying gay relationships," as well as for taking a stand for women's rights and speaking out against the oppressive dogma of religious conservatism, "Ka Bodyscapes" was finally released in its homeland after more than a year of court battles. Ironically, the film was released before the Indian Supreme Court's historic ruling decriminalizing same-sex relationships. Cherian said that the ruling is "the beginning of a new revolution in our social system."

Concurrent with that storyline is the tale of their friend Sia (Naseera), a young woman who resents male-dominated society. At the factory where she works, women are lined up as the boss demands to know who left a bloodied sanitary pad in the women's rest room. The women are interrogated. Sia isn't having it. She walks off the line-up and out of the factory, and organizes a protest rally.

As the rebels gather outside the factory, the woman chant that menstrual blood is not unclean, while others hold up signs proclaiming, "I am gay, I am Indian, am I a criminal?" Their rally is broken up by the police in spite of the fact that they have the necessary permits.

Fed up, Sia walks out on her family and goes to stay with Haris and Vishnu, but the three are soon thrown out of Haris' apartment because they're not "decent people." Haris holds out hope that his gallery showing will garner him respect, but the exhibition is vandalized.

"Ka Bodyscapes" is a searing film that paints a disturbing portrait of what it's like to be queer or a woman in today's India. The acting is as intense as the storylines, with Naseera giving a particularly strong performance.

Hindi with English subtitles. Vimeo On Demand and other streaming platforms.