Whitney Houston, We Have A Problem! 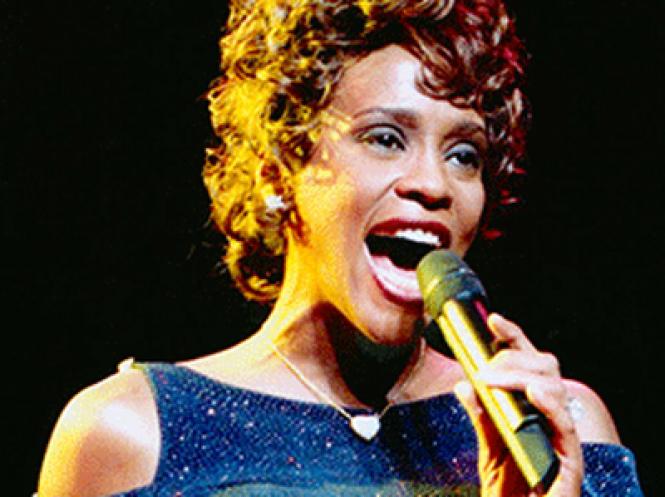 Scene from the documentary "Whitney: Can I Be Me," co-directed by Nick Broomfield and Rudi Dolezal  (Source:Courtesy Showtime)

Anyone who is old enough to remember the shock and sadness caused by the deaths of music icons Jimi Hendrix, Janis Joplin and Jim Morrison in the early 1970s is well aware of the history of substance abuse and its connection to rock and roll. Still, that didn't make the passing of Michael Jackson, Amy Winehouse or Prince, years later, any less difficult to bear.

This is especially true when it comes to Whitney Houston, whose history of drug addiction, including overdoses and denials, was public knowledge. Her 2012 death at age 48, which some might say was not unexpected, left an unfillable gap in the world of popular music. The documentary "Whitney: Can I Be Me" (Showtime), co-directed by Nick Broomfield and Rudi Dolezal, combines interviews with archival personal and performance footage to flesh out Houston's life story, warts and all.

"Can I be me" was said to be Whitney's favorite phrase, but according to the doc, she unfortunately never got to be herself. Born in Newark, New Jersey in 1963, and raised in Newark and E. Orange, Whitney sang in church under the direction of mother Cissy, who was also a gifted performer. But if there was ever an example of religion as a drug, the opiate of the masses, it was exemplified in Cissy's "fierce religion." Right under her nose, her children, including Whitney's brothers Gary and Michael, were getting high from an early age. As it turns out, drug abuse was tolerated, but homosexuality wasn't.

"Whitney: Can I Be Me" diverges from anything which preceded it by not sugar-coating the issue of Houston's sexuality. Houston, who met Robyn Crawford in 1979, considered her to be her "closest confidant," and Robyn became instrumental in her career decisions. The pair were roommates for a time, which led to rumors. One interview subject states that lesbians are not talked about in the black community, while another says that if Houston were an emerging artist today, being queer wouldn't have been an issue. When Robyn was forced out of the picture during Houston's tumultuous marriage to Bobby Brown, drugs became a crutch for Whitney. Even Brown thought that Whitney would still be alive if Robyn had been accepted into the Houston family. As one interviewee boldly claims, Houston "died from a broken heart," not drugs.

"Whitney: Can I Be Me" also focuses on her meteoric rise. Malleable Whitney was a perfect vehicle for record exec Clive Davis' "foolproof vision" to create a pop icon. She didn't disappoint, beginning with the massive sales of her debut album, which won several awards, launching her career into the stratosphere. The film focuses on Whitney's last successful world tour in 1999, which would become a turning point for her as we watched her slow and painful decline.

Interview subjects include Houston's mother and brothers, childhood friends, her bodyguard, musical director, band members, backing vocalists, modeling agent, drug counselor and several Arista Records staff members. As music docs go, "Whitney: Can I Be Me" is from the same family tree as Oscar-winner "Amy." It's a welcome distraction from the dismal stage musical adaptation of "The Bodyguard" currently making the rounds in theaters across the country.