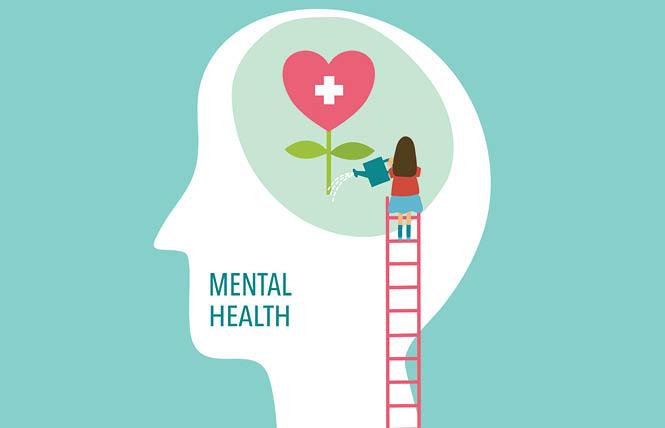 A pair of studies released within the past week indicate that gay, lesbian, and bisexual adults have an elevated risk of suicidality in almost every age and racial category over their heterosexual peers, and that gay and bisexual men who move to a country more accepting of LGBTQ civil rights experience a lower risk of suicide and depression.

The first study, "Suicidality Among Sexual Minority Adults: Gender, Age, and Race/Ethnicity Differences," was published in the American Journal of Preventive Medicine November 8. It examined some 191,954 responses to the 2015-2019 National Surveys on Drug Use and Health to "examine the differences between lesbian, gay, and bisexual and heterosexual adults for each outcome, once by gender and age category and once by gender and race/ethnicity category, while controlling for core sociodemographic characteristics. Race/ethnicity and age differences were also estimated within sexual identity groups."

The study states at the outset that while it has long been known that LGB adults have an increased risk of suicidality (defined as suicidal ideation, suicide plans, and suicide attempts), "there is little information available about how this risk may vary by gender, age, and race/ethnicity."

"This study sets the stage for future work investigating the impact of social inequalities on suicide risk among people with multiple social identities," stated Rajeev Ramchand, Ph.D., senior adviser on epidemiology and suicide prevention at the National Institute of Mental Health, and lead author of the study.

The study was led by researchers from the National Institute of Mental Health, one of the Institutes of Health, an agency of the United States Department of Health and Human Services.

The Trevor Project is a nonprofit focused on LGBTQ suicide prevention efforts based in Los Angeles. Agency spokesperson Nicholas Turton pointed the B.A.R. to its own research.

"Notably, the highest rates of suicide risk in the NIH report were reported by young adults ages 18-25, and our own research at the Trevor Project has found that rates are even higher among high school-aged youth," Turton stated. "These findings add to a growing body of research highlighting the need for intersectional solutions to suicide that consider ways in which experiences of minority stress contribute to increased risk, illustrated in a recently published research article by the Trevor Project."

The research article, "Marginalized LGBTQ Identities and the Minority Stress Theory," was based on a study of 40,000 LGBTQ youth ages 13-24. It found a correlation between self-reporting of minority stress (which it defines as "physical harm, discrimination, housing instability, and attempts by parents to change their LGBTQ identity") and suicidality. It also found that "transgender and nonbinary youth and American Indian/Alaskan Native youth had higher odds of reporting three or more minority stress experiences."

Amy Green, Ph.D., vice president of research for the Trevor Project, was one of the authors of that article, which appeared in Community Psychology: Social Justice Through Collaborative Research and Action. In response to the NIH study, Green stated to the B.A.R. that "although this population-based research provides valuable data about LGB adults, it notably does not provide information on two groups whom we know from our own work are placed at greatest risk for suicide, those who are Native/Indigenous and those who are transgender or nonbinary."

Van Hedwall, a gay man who serves as director of programs for San Francisco Suicide Prevention, did not respond to a request for comment for this report.

The suicide rate even before the pandemic had risen to highs it hadn't seen in decades, the B.A.R. reported last year, and experts feared that the COVID-19 pandemic would lead to even more. San Francisco Suicide Prevention operates a phone line for the general public that covers both suicide and personal crises, and in addition operates a drug and alcohol relapse hotline and the HIV Nightline, which was founded in 1989.

Study: Moving to LGBTQ-accepting country decreased suicide, depression risk
In the second study, research published November 15 by the American Psychological Association showed that gay and bisexual men who move from a country with high stigma toward LGBTQ people to one more accepting of LGBTQ rights experience a significantly lower risk of suicide and depression.

The study, "Structural Stigma and Sexual Minority Men's Depression and Suicidality: A Multilevel Examination of Mechanisms and Mobility Across 48 Countries," was published in the Journal of Abnormal Psychology. It examined data from a 2017-18 online survey of more than 123,000 participants living in countries in Eurasia. This included 11,000 people who moved from higher-stigma to lower-stigma countries.

"Our study found that gay and bisexual men had a lower risk of depression and suicidality when they moved from higher-stigma countries to lower-stigma countries, especially when they had lived in the new country for five years or longer," stated John Pachankis, Ph.D., an associate professor of public health and director of the LGBTQ Mental Health Initiative at the Yale School of Public Health who was the study's lead author. "The study shows that structural stigma shaped gay and bisexual men's daily lives and mental health by increasing their risks for social isolation, concealment of their identity, and internalized homonegativity."

As the study was limited in scope to Europe and Asia, the U.S. was not one of the 48 countries included.

The column will be on holiday break next week and return December 7.