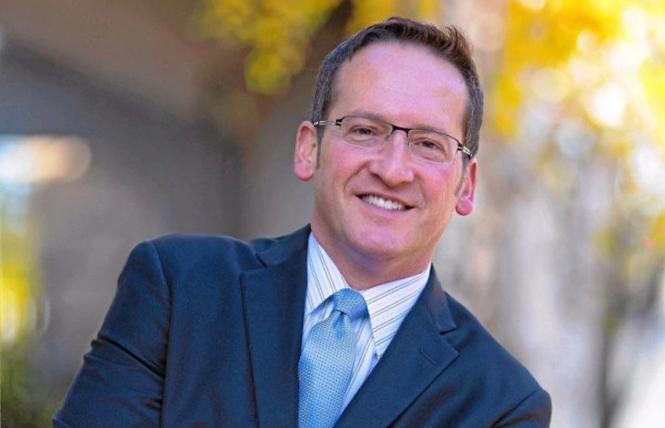 San Francisco District Attorney Chesa Boudin did not file charges against the former city manager of Fremont, who was arrested in September in connection with a domestic violence case.

Mark Danaj, 52 — who at the time was Fremont's city manager — was arrested in San Francisco the night of September 15 after an altercation on Fremont Street between Folsom and Harrison streets. The alleged victim was a 25-year-old man.

"Our office did not file charges in this case due to insufficient evidence," Boudin spokeswoman Rachel Marshall told the Bay Area Reporter November 3. "Mr. Danaj and the complaining witness had two different accounts, and without any physical evidence or independent witnesses, we were unable to file charges against Mr. Danaj."

Danaj departed his job without explanation shortly after his arrest — but with a severance package of over $300,000.

Danaj was booked and subsequently released.

The San Francisco Police Department and Danaj's attorney, Berry Wilkinson, did not return requests for comment.

Danaj came out as gay after he was hired as Fremont's city manager, according to Alameda County officials. At a recent special meeting of the Alameda County Democratic Party Central Committee, part of Fremont Mayor Lily Mei's unsuccessful argument against charges that she is anti-LGBTQIA+ was her "hiring LGBTQIA+ community members at the highest levels of city government such as city manager and police chief among others."

Danaj's resignation was effective September 30 and was given without explanation, according to the East Bay Times.

"It has been my honor to serve the City Council, employees, and residents of Fremont," he stated.

Danaj came to the Bay Area's fourth most-populous city initially in 2018 after being fired from the position of city manager in Manhattan Beach also without explanation, according to the Long Beach Press Telegram. He received $250,000 at that time, the paper reported, also because he was being let go before the end of his contract.

Wilkinson claimed at the time that Danaj was persecuted because he did not let the City Council overstep its boundaries in decisions proper to the city manager's office.

The Times reported that the Fremont separation agreement required nondisclosure from city officials, who were only allowed to say that "the departure was settled in a mutually acceptable manner" if asked about it.

These monies have to be paid because part of Danaj's employment contract with the city of Fremont stipulated that he'd be entitled to it if he was fired by the City Council for any reason other than willful misconduct.

In a statement, Mei thanked Danaj for his service.

"Mark has led the city through several major milestones this past 18 months as we navigated through an unprecedented historical pandemic," Mei stated. "Through its strong leadership team, Fremont is well positioned to move forward and maintain its track record of stability. I wish Mark all the best."