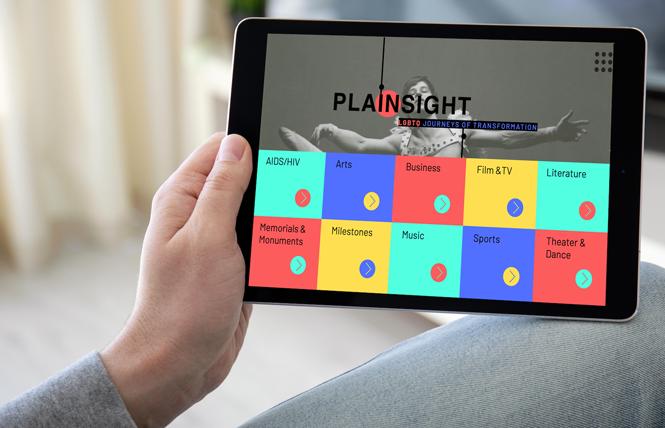 Visitors to the Stonewall National Museum and Archives in Fort Lauderdale, Florida, one of the largest LGBTQ lending libraries and collections in the country, dropped by nearly two-thirds because of the COVID-19 pandemic. Now, after months of research, SNMA recently launched a major digital exhibit just in time for LGBTQ History Month in October.

Stonewall, like other museums and cultural institutions across the country, is still struggling to resume operations.

During this time, administrators and board members searched for ways to fulfill their missions in a future where capacity restrictions, social distancing, mask mandates, and heightened sanitation procedures would become the norm.

Institutions explored creative ways to pivot during the pandemic, moving lectures and performances outdoors, reinventing activities and exhibits and, most commonly, leveraging technology and the global reach of the internet.

Stonewall, a nearly 50-year-old museum, had already begun an ambitious undertaking to digitize its collection of more than 28,000 volumes and 6 million pages of historical documents, but director Hunter O'Hanian knew there was much more work to be done during this critical moment.

The result is "In Plain Sight," a digital timeline that highlights pivotal LGBTQ figures and achievements with more than 800 entries across 10 categories: AIDS/HIV, Arts, Business, Film/TV, Literature, Memorials, Milestones, Music, Sports, and Theatre/Dance.

Far more than an interactive display, the SNMA team of researchers, programmers, and designers created an engaging curriculum that provides in-depth education and opportunities to interact with existing material from the archival collection available at the museum.

"For years, a static LGBT timeline showcased on a wall became one of the museum's most popular areas. We wanted to expand its reach to online audiences at a time when visits to cultural institutions are restricted due to the coronavirus (COVID-19) pandemic, while making it timelier and more inclusive regarding gender and race," explained O'Hanian, a gay man.

That timeline in the gallery stopped with 1999, and O'Hanian pointed out that scholars have recognized that LGBTQ milestones have actually increased exponentially in the decades since, citing major wins in the U.S. Supreme Court legalizing marriage equality and workplace protections, high-profile celebrities and professional athletes coming out, and advances in transgender visibility.

"In Plain Sight" is already a valuable learning resource for students around the world who can pull these stories up in their classrooms or even their phones, museum officials said.

"For centuries, there was a tremendous stigma associated with being gay. ... Over the past few decades, student and proponents of gay studies and gay rights have looked at LGBT history to understand where the bias comes from and how people have worked to overcome that stigma. This work is done to improve the people today and future generations," O'Hanian said.

Beyond young people, the exhibit is also available to others who may be coming out in their 30s, 40s or later, he emphasized. And understanding LGBTQ history is also key to anyone concerned with racism, sexism, ageism, or any form of systemic discrimination in society. Funding for the project was provided by the Florida Humanities Council.

"It is important to anyone who cares about breaking down barriers and creating an inclusive society," O'Hanian said. 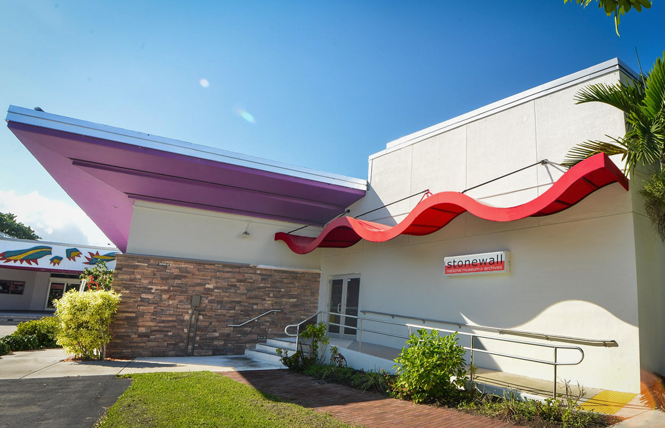 Other programs
"In Plain Sight" is not the only innovative program to arise from the museum's COVID pivot. More than 31,000 visitors have attended a series of lectures and curated talks from leading historians, authors, and thought leaders via Zoom since the initial shutdown in 2020.

More than three-dozen of those conversations are archived on the SNMA website and future speakers include John Catania and Charles Ignacio, producers of the groundbreaking PBS magazine series "In the Life;" colorful storyteller and podcaster Mike Balaban ("BAMMER and Me"); Leslie Cohen, author of "The Audacity of a Kiss;" and Adam Zmith, author of "Deep Sniff: A History of Poppers and Queer Futures."

Even as patrons and school groups slowly return to the museum, digital outreach will continue, officials said. A $50,000 two-year grant from the Andrew W. Mellon Foundation has expedited efforts to complete the digitization project and O'Hanian expects constant updates to "In Plain Sight" and the continuation of the streaming lecture series. The museum's budget is about $800,000, according to its 2019 IRS Form 990.

"It's become sort of cliché, but that's one of the silver linings of the pandemic," he concluded.

To visit "In Plain Sight," watch the curated talks, or explore the SNMA archives, click here.

J.W. Arnold has been the arts and entertainment editor for South Florida Gay News for 10 years. He is a member of the American Theatre Critics Association, NLGJA: The Association of LGBTQ Journalists, GALECA: The Society of LGBTQ Entertainment Critics, and Military Veterans in Journalism. Arnold is a past president of the South Florida International Press Club.