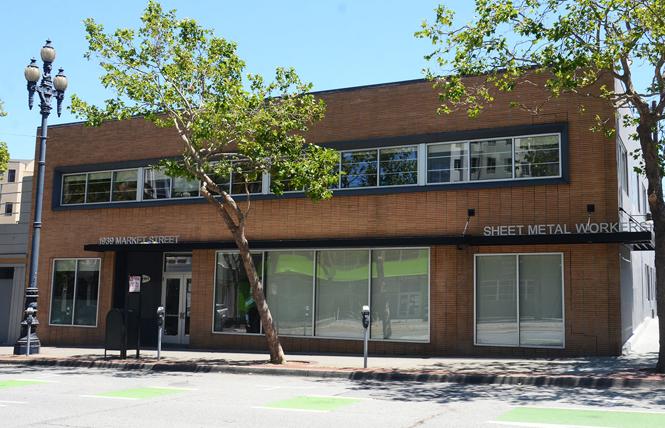 San Francisco aims to increase by 30% within the next five years the number of rental subsidies dedicated to people living with HIV and AIDS, and expand by a similar amount the overall number of those served through its HIV housing service programs overseen by a mayoral housing office.

At the same time, as the number of people living with HIV continues to fall in the city, its share of federal funding for HIV housing programs is expected to continue to decline.

By July 2022, the city expects to see an estimated $1 million reduction in its Housing Opportunities for Persons with AIDS (HOPWA) allocation from the federal Department of Housing and Urban Development; the current allocation is $6,220,119. City leaders, however, have pledged to backfill the cut with other revenue sources.

Meanwhile, more than 800 applicants have requested rental assistance through the Plus Housing program for low-income people living with HIV that is overseen by the Mayor's Office of Housing and Community Development. Thus, the new 2020-2025 HIV Housing Plan includes the twinned 30% increases to better meet the housing needs of people living with HIV or AIDS (PLWHA) in the city.

"We have to look at creative ways to maintain alternate funding options," said Plus Housing Program manager Manuel Vasquez, who is queer and living with HIV.

A copy of the revised HIV Housing Plan, being published Thursday, was provided early to the Bay Area Reporter. In a statement Mayor London Breed noted, "San Francisco has been a national leader in our response to the HIV/AIDS epidemic and in our efforts to get to zero new infections, and we know part of our success in helping people lead healthier lives is to ensure they have access to housing. This plan is part of our commitment to strengthen housing stability and access for our most vulnerable residents, including those living with HIV/AIDS."

It also calls for greater coordination between HIV housing providers and HIV medical providers to ensure they are able to better assist their patients who have housing needs, as housing stability greatly improves a person's health.

"It takes a village looking to enhance those community partnerships," said Vasquez.
As for setting the increase thresholds at 30%, city officials and community leaders "felt it was an achievable goal," Vasquez told the B.A.R.

Since 2019 he has worked with an advisory group of city staff, nonprofit leaders, and program participants to update the HIV Housing Plan, which was last released in 2014. According to the document, there are 2,560 households in the city that require housing assistance in some form due to a PLWHA being severely rent-burdened, unstably housed or experiencing homelessness.

Based on data from the mayoral housing office, there are 170 severely rent-burdened PLWHA households in San Francisco. An estimated 2,390 PLWHA are homeless or unstably housed in the city, based on Medical Monitoring Project data from 2016.

"Our biggest goal is to help more households," said Vasquez. "We also want to make sure services are culturally competent and meeting clients where they are at."

Ilsa Lund, a straight ally who is chief of strategy for Larkin Street Youth Services and was not part of the working group that helped revise the HIV Housing Plan, told the B.A.R. its goals are reflective of the current needs in the city. Her agency provides 12 beds for youth living with HIV who are under the age of 25 through its Assisted Care program at a building in the Tenderloin.

"I commend the city for its work to ensure that despite a loss of federal dollars, that will not translate to any loss in HIV housing. In fact, it commits to growing the housing over the next five years," said Lund.

Currently, 1,215 households affected by HIV/AIDS are receiving dedicated housing resources from the city, according to the plan. It notes that the city currently provides 754 rental subsidies to PLWHA, which is 24% fewer than the 998 available five years ago.

Part of the reason for the decline is the amounts of the subsidies individuals can receive via HOPWA dollars have increased, but due to the declines in the city's overall allocation as its cases of HIV fall, the total number of subsidies awarded has decreased. In 2019, there were 624 HIV/AIDS subsidy slots in use, at an average annual cost of $9,765 across all subsidy types.

There are 456 permanent units dedicated for PLWHA in San Francisco, indicating a high rate of retention or replacement of the 464 units that were available five years ago, notes the housing plan. The document assumes around 28 units will turn over each year due to participants exiting the program either because they are deceased or have moved out of San Francisco.

New units expected
As the B.A.R. reported in early June, starting in late 2023 or 2024 the first of at least 50 new units with rents set at no more than 50% of the Area Median Income for people living with HIV should become available. They will be scattered among nine new affordable housing developments to be built around the city, mostly South of Market.

But the units will fall far short of meeting the current needs for housing. There are 331 transitional Plus Housing applicants awaiting a unit.

A change in Larkin Street's Assisted Care program set to take place July 1 will allow it to serve youth at risk for contracting HIV. With those between the ages of 13 and 24 accounting for less than 1% of persons living with HIV in the city, roughly 83 individuals as of the end of 2019, the agency has had trouble filling all 12 of its beds.

It is changing the program from offering hospice-type care to being a transitional residential care facility funded with city resources rather than with HOPWA dollars. Doing so means fewer restrictions on who can be given one of the dozen beds.

"The last thing we want to do is to have an empty bed," said Lund. "Because there are fewer youth who are HIV-positive than at any time now, it is a great problem to have. Operating a program restricted to only those who are HIV positive means we are not always operating at capacity."

New SF developments to include housing for HIV+ people
Sign up!