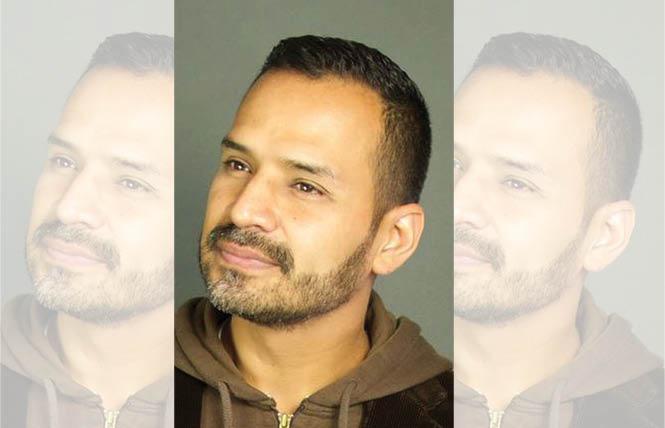 Gus Penaranda is the president of the International Gay and Lesbian Football Association, which recently learned that its championships will not take place during Gay Games XI next year. Photo: Courtesy Facebook

Organizers of the 2022 Gay Games in Hong Kong have dropped the International Gay and Lesbian Football Association championships from the Gay Games soccer program, leaving local players in a quandary of where to plan to compete next year.

Gus Penaranda, IGLFA president, said HK2022 notified the international LGBTQ+ soccer organization of the cancellation in an email May 12. IGLFA now expects to receive bids from Sydney and Washington, D.C. and choose a new host city by July. Washington had been the runner-up in previous bidding for IGLFA's 2022 championship. Sydney will be host next year for World Pride.

"We knew Hong Kong would be difficult," Penaranda told the Bay Area Reporter. "But it was quite a shocker. We've had emails and text messages and calls going back to 2019. The notice gave us such little time to plan."

In the email to Penaranda, HK2022 strategic adviser Nigel Lee wrote, "Having enough quality football pitches has been one of our challenges. GGHK2022 has come to the realization that we no longer feel that we have sufficient capacity to accommodate all the teams we want to attract from the Asia region and to host an exclusive IGLFA competition concurrently. Our organizing team have considered various options and concluded that we will not be able to host the IGLFA World Championship."

In a follow-up email confirming the cancellation of the championships, Lee wrote the Gay Games soccer competition would be "on a first-come, first-serve basis and we are hoping to be fully inclusive in welcoming under-represented groups, namely women, youth, and trans participants, through our outreach efforts across our region, and globally."

The decision to drop the IGLFA was publicized Monday night on Facebook by Hong Kong organizers, who could not be reached for comment by the B.A.R. At the FGG virtual membership meeting in January, Willem Hoekstra, operations director for HK2022, said organizers were identifying "trigger points" to decide whether to continue, initiate, delay, revise, or cancel events. (See January 25, 2021 Jock Talk, "Optimistic plans presented for Hong Kong Gay Games.")

Typically, if a Gay Games host has bid for the rights to hold the international championship of an LGBTQ sports federation such as IGLFA, there may be extra rights fees the host pays the federation and athlete membership in that federation may be required.

"It is GGHK's top priority to make all sport events accessible to participants across Asia," FGG spokesperson Shiv Paul said. "Due to multiple constraints, they will not be hosting the IGLFA World Championship XXIV at the same time at GGHK in November 2022."

Roland Hu, president of the San Francisco Spikes, said his club had already polled its membership and found strong interest in competing at the championships when they were scheduled to be in Hong Kong, but concerns over international flight and COVID-19 restrictions had delayed them from making a final decision.

"There definitely was interest," Hu said. "We are looking at our options. The Gay Games is an event that is really special because it beings together not just gay soccer athletes, but athletes from other sports as well. Now that they are separate, do we have to choose which to go to? Will we be able to go to both?"

Hong Kong organizers have been consistently saying they project 12,000 registrants and 75,000 spectators for Gay Games XI overall, but the event has been dogged by challenges not faced by previous hosts.

Concerns among potential participants continue to focus on the increasingly authoritarian grip of the Chinese government on Hong Kong; a crackdown on protests as well as political and personal expression; and the evolving impact of the COVID-19 pandemic. In addition, organizers say they are not able to secure venues until just months before the event. The Federation of Gay Games, the event's sanctioning body, which gets a share of the registration fees, has been projecting a more modest 6,000 participants for its budget.