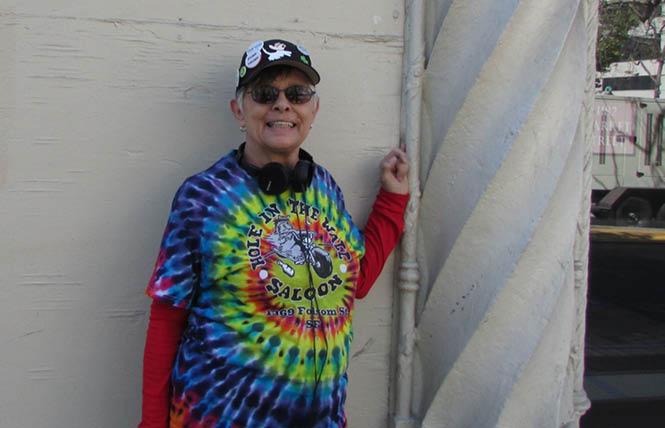 Ms. Frye had been in poor health for some time, friends noted on social media posts. She had been in hospice at Washington Hospital in Fremont.

A celebration of Ms. Frye's life will take place this weekend in San Francisco, her dear friend Tab Buckner said.

Paul Melbostad, an attorney and friend who had been helping with Ms. Frye's care, said that she needed heart valve surgery but was too weak. She had been in a nursing home in Fremont before being moved to the hospital, he said. (Melbostad is the Bay Area Reporter's attorney.)

Gabriel Haaland, a trans man and longtime friend of Ms. Frye's, told the B.A.R. that she identified as bi and queer.

Ms. Frye, also known as "Granny Gear," was active in progressive political circles and an outspoken activist. Years ago, she approached David Campos, a gay man who was then on the San Francisco Board of Supervisors, about installing a plaque at 50 UN Plaza, a federal building facing Market Street. In 1985, two HIV-positive men chained themselves to the door to protest federal inaction over AIDS, which was decimating the gay community.

As the B.A.R. noted in a 2011 article, the men were soon joined by a core group of volunteers who kept vigil 24 hours a day, seven days a week. Politicians such as the late San Francisco Supervisor Harry Britt chained themselves to the door in solidarity.

Ms. Frye was an on-site cook in the early years of the vigil, which continued for 10 years and was officially known as the ARC/AIDS Vigil, ARC standing for AIDS Related Complex.

In 2010 to mark the 25th anniversary of the vigil's start, Ms. Frye created a scrapbook using archival photos, journals, and materials housed at the GLBT Historical Society's archives.

"Once a man walked up, and as soon as he saw me, he started crying. He said, 'I made his favorite dish, spaghetti and meatballs, and he threw it at me.' His partner had dementia," Ms. Frye recalled in 2011. She helped prepare meals at the on-site kitchen for vigil participants between 1986 and 1991.

More than just an encampment for demonstrators, who would spend the night sleeping on mattresses or inside tents, the vigil also served as a clearinghouse for people to learn the latest news about AIDS. The volunteers also used bleach to clean injection drug users' needles and passed out condoms.

"It was a great place to get information from around the world," recalled Ms. Frye, who added that international visitors and tourists would stop by the vigil.

In a phone call, Campos said that Ms. Frye was "passionate about many things."

He said that he could not recall what happened regarding the plaque, but said Ms. Frye, whom he met when he started getting involved in progressive politics, "was one of my strongest supporters."

"She'd didn't talk the talk, she walked the walk," Campos said, adding that she phone banked and did other campaign volunteer work.

"She was outspoken about the importance of cannabis, not only for medical patients but also for LGBTQs," he said.

Haaland said that he met Ms. Frye during gay then-supervisor Tom Ammiano's write-in campaign for San Francisco mayor in 1999. While Ammiano did not win the race against incumbent Willie Brown, he galvanized the left during his run.

"She was loyal and funny," Ammiano, also a former state assemblyman, said in a phone call with the B.A.R. "She was always, always reliable."

He added that Ms. Frye "was an independent woman" and was surrounded by "a group of loving friends."

"She is an icon. She won a place in my heart," Haaland wrote in a Facebook message to the B.A.R.

Campos said that it will be hard to imagine progressive politics in San Francisco without Ms. Frye.

"She was an ally for so many communities," he said. "She was a feisty, outspoken activist with a heart of gold."

Ms. Frye was born May 8, 1946 in Pittsburgh, Pennsylvania. She is survived by two daughters, Deneen and Debbie, and one son, Dennis; four grandchildren, Troy, Christopher, Erin, and Gabbie; and three great-grandchildren, Malia, Jacob, and Casmira.

A memorial will be held Sunday, February 7, at 1 p.m. at the National AIDS Memorial Grove in Golden Gate Park.

Updated, 2/4/21: This article has been updated with Ms. Frye's survivors.

Updated, 2/5/21: This article has been updated with memorial information. 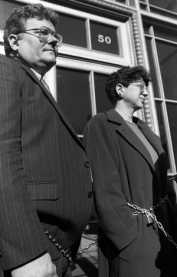 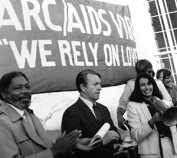 30 years ago, AIDS activists set up camp in SF plaza 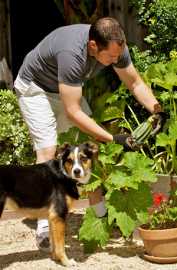