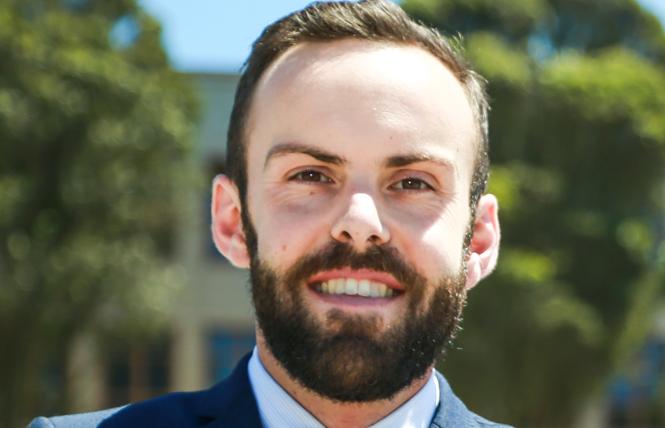 The board of trustees for City College of San Francisco is expected to endorse state legislation that would outlaw deadnaming public college students on their diplomas and other academic records. The public community college adopted such a policy in 2020.

Trustee Tom Temprano, a gay man who is vice president of the community college board, introduced the resolution in support of Assembly Bill 245. The college board will vote on it when it meets Thursday.

Both the resolution and adoption of the state bill will send a message of needed support to transgender and nonbinary students at a time when other states and countries around the globe are enacting laws and policies that harm trans youth, said Charlie Garcia-Spiegel, 22, a queer nonbinary trans man who attends City College.

Assemblyman David Chiu (D-San Francisco) introduced AB 245 this month after a similar bill he authored last year had to tabled in light of the COVID pandemic. Chiu's bill, titled Affirming Transgender and Nonbinary Student's Names in College, would require California's community colleges and public universities to use students' lived names on their transcripts, diplomas, and other documents.

Transgender and nonbinary students would be able to use their lived names even if they have not legally changed their names under Chiu's AB 245. With the health crisis impacting people's employment, Chiu earlier this month in an interview with the Bay Area Reporter noted trans and nonbinary graduates seeking new jobs may be outed to employers and face discrimination if their academic records list their wrong name.
AB 245 follows an earlier bill Chiu was able to enact requiring public K-12 schools in the state to update the records for transgender and nonbinary students so that they match their legal name and gender identity.

"I think City College has rightly led the way on pushing for policies that protect our trans and gender-nonconforming students, including allowing students to use chosen names in a variety of college documents," Temprano noted in a phone interview. "I think we owe it to lead not only by example but to push other colleges around the state to do the same to protect their students."

Because of CCSF's own policy on student names, Temprano told the B.A.R. he expects his board colleagues will vote in support of his resolution about AB 245.

"The longer we take to allow our trans and gender-nonconforming students to use names of their choice, the longer we are putting them, frankly, in danger and making our higher education institutions less welcoming and supportive of those students," he said.

While Garcia-Spiegel has had no issues with the name used on his college records or student ID, his City College-issued email still uses the first initial of his former first name. Since starting classes in 2019, he has yet to be able to update his school email and tries to use his personal account as often as possible.

At times Garcia-Spiegel does have to use his City College email, thus outing himself to his fellow classmates as happened recently in a biology class during an assignment where the students shared documents via their school email addresses.

"I know people are doing their best," he said. "But I am now in my third year of this school; I would hope they would be able to figure it out by now." 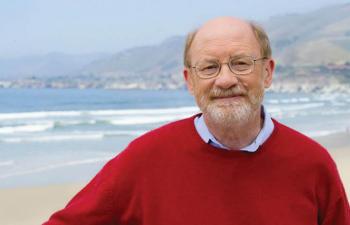 Bill aims to improve services for HIV+ seniors
At the height of the AIDS epidemic in the mid-1980s, John Laird joined with five other gay men to launch the Santa Cruz AIDS Project in order to support people living in the seaside city who were becoming HIV-positive. Laird also helped to address the health crisis from inside City Hall.