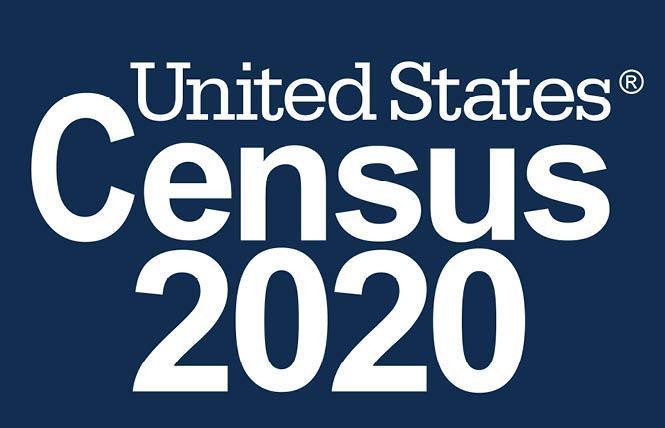 The 2020 census will end Thursday, October 15, after the U.S. Supreme Court reversed several lower court rulings that had forbade federal officials from completing the decennial count of the country's population prior to October 31.

The nation's highest court ended weeks of yo-yoing dates for when the Census Bureau planned to cease its operations on this year's count. The Commerce Department, which oversees the census bureau, had ordered the count to end on September 30.

But in light of a legal fight over the deadline and victories at the lower court level, the date was pushed back to October 5 and then a little more than a week ago extended to Halloween. But late Tuesday census officials reversed course and announced that the self-response and field data collection operations for the 2020 census will conclude at 11:59 p.m. Hawaii Standard Time October 15.

For those households in the Pacific Time zone, it means they until 3 a.m. on October 16 to fill out the census form online. Census forms mailed in must be postmarked by October 15 to be counted.

Dissenting from the decision of her judicial colleagues, Associate Justice Sonia Sotomayor said those who filed suit against the Trump administration, including several mayors, would "suffer substantial injury" by allowing the census bureau "to sacrifice accuracy for expediency."

San Jose Mayor Sam Liccardo, who was a signatory on the lawsuit to extend the deadline for the census, cited Sotomayor's dissent in his response to the high court's decision.

"A census count delayed is a census count — and justice — denied," he stated. "Justice Sotomayor's dissent perceptively describes this administration's outrageous attempts to do everything but ensure a full and fair census count."

Earlier this year census officials pushed back the deadline for people to take part in the census from August to the end of October because the novel coronavirus had upended plans for public outreach about the census and sending out enumerators to those households who had not filled out their questionnaire either online, on the phone, or by mail.

Local officials have demanded extra time to ensure there is a full count in their cities and counties because not only does the census determine the number of House seats awarded to all 50 states, it also is used to distribute $1.5 trillion in federal funds for myriad services and programs.

Other groups that had joined in the lawsuit have expressed concerns about the Trump administration being able to manipulate the numbers used for the apportionment.

President Donald Trump has said undocumented immigrants will not be included in the count when determining how many House seats each state receives, a decision that is likely to hurt California and reduce its 53-person congressional delegation.

In a statement, House Speaker Nancy Pelosi (D-San Francisco) called the Supreme Court's decision "regrettable and disappointing," adding that the Trump administration's actions "threaten to politically and financially exclude many in America's most vulnerable communities from our democracy."

As for California, the agency said that 99.9% of the state's households had been counted, with 69.4% self-responding. It is unclear how many total households have been counted in each of the state's cities, though, as the data isn't broken down city or county. Only the self-response rate is publicly shared, and as of Wednesday, San Francisco's self-response rate stood at 66.6%, just shy of the 68.5% reached in 2010.

When it appeared the census would wrap earlier this month, San Francisco officials had made a last minute push to see that every resident of the city be counted. Local leaders estimate the city will lose out on $20,000 per year over the next decade for every household not counted.

The @uscensusbureau has announced that they will stop counting people tomorrow, Oct 15. This is our last chance to make sure everyone is counted so our communities can get the federal funds and representation we deserve. Get counted at https://t.co/bRZeL5ewJ4 and spread the word! pic.twitter.com/SarOZ0CpRW— Senator Toni Atkins (@SenToniAtkins) October 14, 2020

In a tweet Wednesday, lesbian state Senate President Pro Tempore Toni Atkins (D-San Diego) encouraged people to take part in the census if they had yet to do so and to spread the word that the count will be ending Thursday.

"This is our last chance to make sure everyone is counted so our communities can get the federal funds and representation we deserve," she wrote.