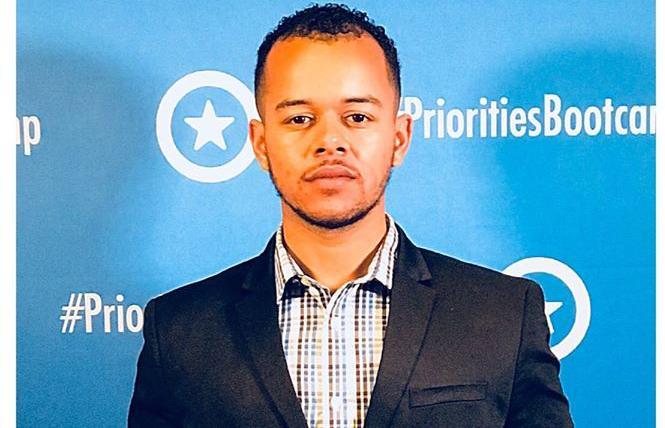 Devin Murphy is set to become the second gay person to serve on the Pinole City Council after only the bare minimum number of candidates filed. Photo: Courtesy Devin Murphy

A quartet of out East Bay elected officials will automatically be sworn into new terms as no one filed to challenge them on the fall ballot. And a gay man will be appointed as a Pinole city councilman as he was one of only two people to seek the pair of council seats up for grabs this year.

In the Tri-Valley area, a bisexual married mother and a nonbinary youth activist are vying to become their city's first known out council members. Meanwhile, out council members in Alameda, Moraga, and Oakland are fending off challengers for their seats.

Two races for seats on the regional AC Transit board have both attracted out candidates trying to knock out incumbents, while a gay Black man is vying to unseat a Berkeley city councilwoman who four years ago defeated a gay Black man.

With out candidates also running in the November 3 election for Fremont mayor, school board seats, and seats on Berkeley's rent board, plus a judicial race featuring two out candidates, there are at least 18 out candidates seeking elected office in the East Bay. Two out incumbents, gay Hercules City Councilman Roland Esquivias and lesbian Berkeley school board member Judy Appel, both opted not to seek reelection, while lesbian planning official Margaret Kavanaugh-Lynch decided not to run for a seat on the El Cerrito City Council.

Lambda Democratic Club of Contra Costa County President Devin Murphy, the first Black person to lead the LGBTQ political group, is set to become the second gay man to serve on the Pinole City Council. He told the Bay Area Reporter Tuesday he was waiting to hear from city officials when he would be sworn into office.

Noting he was "stunned" to see that only the bare minimum of candidates filed last week to seek the two council seats, Murphy said, "I am excited and I am humbled" at the prospect of being appointed to the council.

"I started this campaign early to tell Pinole voters I am someone disciplined and committed to our town. At this point it seems they believed in our campaign," said Murphy, who grew up in San Francisco's predominantly African American Bayview neighborhood.

San Francisco Sheriff's Department captain Stephen Tilton, elected in 2006, was the first gay man to serve on the Pinole council. But Tilton was recalled in February 2008 following the council's ousting of a popular city manager.

Out city council candidates
In San Ramon, 21-year-old Sameera Rajwade is seeking the newly created District 3 seat on the City Council. If elected, they would be the first nonbinary council member in the Bay Area and the third known to be serving in the country, as according to the LGBTQ Victory Fund there are two nonbinary council members in New York state.

Rajwade, who is Indian American, attended American University for a year but dropped out to focus on their career as a graphic designer and political journalist. They returned to the Bay Area in January and were active in the local protests against police killings of Black people.

The filing deadline for the race closes at 5 p.m. Wednesday, and as of the B.A.R.'s press deadline, four people had qualified to run.

"We have issues we aren't addressing because of the status quo. If I don't do it, who else will?" Rajwade told the B.A.R. on why they decided to enter the race.

Professional photographer and branding consultant Brittni Kiick is aiming to become the first LGBTQ person to serve on the Livermore City Council, as the B.A.R. reported online last week. The bisexual married mother of two young children is one of two people vying for the city's newly created District 3 council seat.

Kiick, who also identifies as pansexual, would be only the second bisexual person serving on a city council in Alameda County should she be elected come November, as Tim Rood serves on the Piedmont City Council.

Kiick, a founding volunteer of her city's Pride group, told the B.A.R. she is "excited to see more people running" for local office as it "is awesome visibility for the LGBTQ community!"

Moraga Town Council Member Renata Sos, who lives in the city with her wife, is seeking a full term after being appointed to her seat in 2018 following the death of council member Jeanette Fritzky. Two of her colleagues opted not to seek reelection, and three other people had filed to seek election to the council as of Tuesday, including noted plein air artist and former councilwoman Teresa Onoda, who two years ago opted not to run for reelection when her term ended.

In Alameda gay City Councilman Jim Oddie is one of two incumbents seeking reelection this fall. Among their three challengers is former Alameda mayor Trish Spencer.

Next door in Oakland, lesbian City Council President Rebecca Kaplan is seeking a fourth term in the city's at-large council seat. One of her two challengers is gay restaurant owner and political newcomer Derreck Johnson, who has the backing of Oakland Mayor Libby Schaaf. Should he win the seat, Johnson would be the first out Black person to serve on Oakland's City Council. Newly named presumptive vice presidential candidate Senator Kamala Harris (D-California) endorsed Johnson on Monday, just a day before she was tapped to be on the Democratic ticket.

In 2016, Davila ousted from office gay former City Councilman Darryl Moore, one of the few out Black elected officials in the Bay Area. The two had a falling out over whether the city should divest from Israel due to its treatment of Palestinians.

Justin Sha, a gay man who lost his bid for a Fremont City Council seat in 2018, qualified to run this year to be the city's mayor. He is one of five people challenging Mayor Lily Mei, who is seeking a second four-year term.

AC Transit, other races
Four out candidates are running this year to join the board of the AC Transit regional transit system that runs buses in both Alameda and Contra Costa counties. There hasn't been an out board member since Kaplan stepped down after she was first elected to her Oakland council seat in 2008.

Running for the transit board's at-large seat that Kaplan once held are Victoria Fierce, a queer trans person, and Dollene C. Jones, a lesbian who once drove a bus for the system and has run four times prior. They are trying to unseat the incumbent board member H. E. Christian "Chris" Peeples.

In the race for the transit board's Ward 1 seat, lesbian former Richmond city councilwoman Jovanka Beckles and Ben Fong, a gay man who was a foreign service officer in the Obama administration, are seeking to unseat Joe Wallace.

In Berkeley, Andy Kelley, a gay man, and Xavier Johnson, who is queer, are seeking seats on the city's rent stabilization board. Alameda resident Leland Traiman, a gay married father, is running for a seat on his city's school board after filing suit against the school district this summer over a school parcel tax.

And Carolyn Wysinger, a lesbian who is president of the board that oversees San Francisco Pride, is seeking the District 5 seat on the West Contra Costa Unified School District board. She is one of three candidates aiming to succeed Valerie Cuevas, a lesbian who opted not to seek reelection.