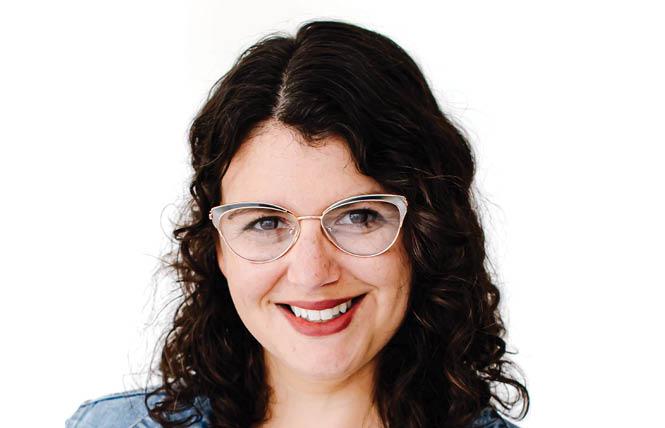 Brittni Kiick announced Thursday that she is running for a seat on the Livermore City Council. Photo: Courtesy Brittni Kiick

Professional photographer and branding consultant Brittni Kiick is aiming to become the first LGBTQ person to serve on the Livermore City Council in the East Bay's Tri-Valley area.

A bisexual married mother of two, who also identifies as pansexual, Kiick would be only the second bi person serving on a city council in Alameda County should she be elected come November. Bisexual Piedmont City Councilman Tim Rood, first elected in 2014, is now serving in his second term and will be up for reelection in 2022.

"2020 has brought us into unknown territory. It's presented unique challenges that affect all aspects of our lives," noted Kiick in announcing her candidacy Thursday, August 6. "We have to work together to address them. That means focusing on equity and inclusion. It means building bridges between community groups and our local systems of governance. It means transparency, clear communication, and increasing civic education, ensuring everyone has a seat at the table."

Kiick is part of a growing list of LGBTQ political newcomers running for council seats throughout the Bay Area this fall as the Friday, August 7 filing deadline for local races nears. Some are taking on incumbents, while others are running for open seats like Kiick.

As the Bay Area Reporter noted in a June 15 article, Kiick had been encouraged to run for a City Council seat but was waiting to see if the newly created 3rd Council District she lives in would be an open seat this year. The city is phasing in electing its four council members by district, as well as having an elected mayor, by 2022. Both the mayor and Council District 4 positions are also on the November 3 ballot.

Due to City Councilwoman Trish Munro, who also now lives in Council District 3, deciding not to seek the seat, it cleared the way for Kiick to run. As of Thursday, two other people had also pulled papers to seek the seat.

A founding volunteer of the city's Pride committee, Kiick will virtually launch her campaign at 11 a.m. Saturday, August 8.

"My goals are to educate, empower, and include new voices," stated Kiick, 30, on why she wants to seek the public office. "I want my kids and the youth leaders I see in my community to view local government as a welcoming, valuable, and effective mode of advocacy, to create real systemic change."

She and her husband, engineer Will Lefevre, moved to Livermore five years ago with their son, Maxwell, and daughter, Cora, who now attends a local elementary school.

Through her participation this spring in local Black Lives Matter protests in the town, Kiick became acquainted with Munro. She disclosed to the councilwoman she hoped to one day be elected to the city's legislative body, and Munro encouraged her to run this fall.

"She told me there is no need to wait. I saw the City Council as something retired wealthy people did, which is often the reality in Livermore," explained Kiick. "It wasn't until the question was posed 'Why not now?' that I began to think seriously about it."

Before the novel coronavirus outbreak began this winter, Kiick noted she had already been asking herself how to focus more on her passion for community service. Kiick serves as director of community engagement and education for the LGBTQ+ nonprofit Livermore Pride.

"How do I take community organizing to the next level? Trish really opened the door for me, just by bringing light to a possibility I didn't see as an option for me yet," she stated.

Kiick is originally from Sonoma County, while her husband grew up in Southern California. After the couple married, they lived in various cities around the Bay Area, eventually renting an apartment in Livermore because it reminded Kiick of the hills and open spaces where she grew up.

"For me, putting down roots means serving my community," she stated. "This is the town my children will spend the most formative years of their lives, which is why working to ensure Livermore thrives is so important to me."

Having seen her city embrace the Pride organizers, with more than 2,500 people showing up for its first event last fall and the city this year issuing a Pride proclamation and flying the rainbow flag in June, Kiick believes Livermore voters are ready to embrace new leaders. Earlier this summer local officials and business leaders moved quickly to fire the operator of the city's farmers market after she was filmed berating a gay Livermore bakery owner for handing out mini rainbow flags at his booth to mark the start of Pride Month.

"I feel like our little town is on a path forward for change," Kiick told the B.A.R. "I think we are ready for more progressive and young representation in our community."