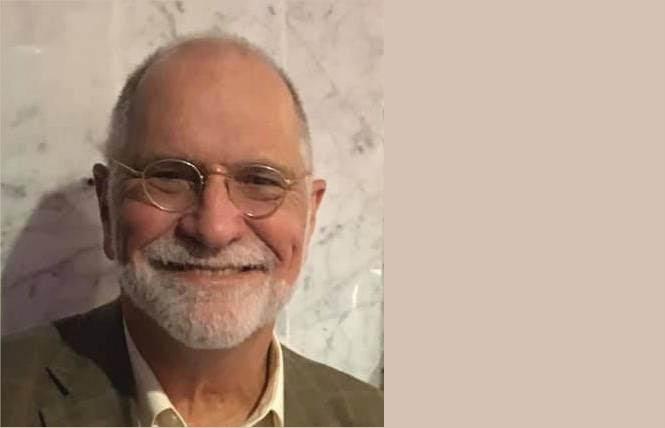 The San Francisco Leather and LGBTQ Cultural District Board of Directors has selected a new district manager.

Cal Callahan, a 67-year-old gay man, has had over 20 years of experience in nonprofits and was "instrumental in the growth of PRC's Bare Chest Calendar" as that nonprofit's director of community engagement, according to an August 2 news release from the cultural district.

Callahan has lived in the Bay Area for 37 years and his tenure as district manager began "at the beginning of August," the release stated.

The previous manager, Beth Hunt, resigned to move to the East Coast to be closer to family, the release added.

"We are thrilled to name a new district manager with such deep community connections and experience who will help lead our organization on a path to being a cultural hub in SOMA," Goldfarb stated.

"We cast a wide net in our search and believe that Cal's management and fundraising skills will play an essential role as we work toward our goal of establishing a permanent community center in SOMA," he added. "His connections to diverse communities will increase our organization's diversity both internally and to the constituents we serve."

In a follow up phone interview August 3 with the Bay Area Reporter, Goldfarb said there was a lot of interest in the position.

"We had probably 60 applicants — and that's not an exact number, it's an estimate — and we interviewed four of them," Goldfarb said. "We called two of them back for additional interviews."

Callahan said in a phone call with the B.A.R. August 3 that he was "thrilled" when he found out he got the position.

"I've had a connection with the SOMA kink community for many years. I have known how much Beth enjoyed doing the job, as her friend, and so it seemed natural for me when it came up," Callahan said. "This is quite close to what my dream job would look like."

The Leather and LGBTQ Cultural District, which encompasses some of the South of Market neighborhood, was established in 2018 to help offset some of the effects of gentrification in the area, which many large tech companies and their employees have made their home in the past decade. It is the first leather district of its kind in the world.

The city has two other queer districts, the Castro LGBTQ Cultural District and the Transgender District in the Tenderloin.

As the B.A.R. previously reported, many businesses in the district are struggling due to the COVID-19 pandemic. Callahan said that and "issues of diversity and inclusion" are the most pressing issues the district currently faces.

Jack Thompson, who in 2019 became the first trans person of color to win International Mr. Leather, praised the appointment in the release. Thompson lives in Baltimore.

"Without needing to know anything about me, Cal showed me kindness and support. He shows it to everyone around him," Thompson said. "I am so happy for him to be able to show that same kindness and support to the entire community as district manager for the Leather and LGBTQ Cultural District. I couldn't think of anyone better suited for this position."

The district manager's salary is $76,000 per year, Goldfarb said.