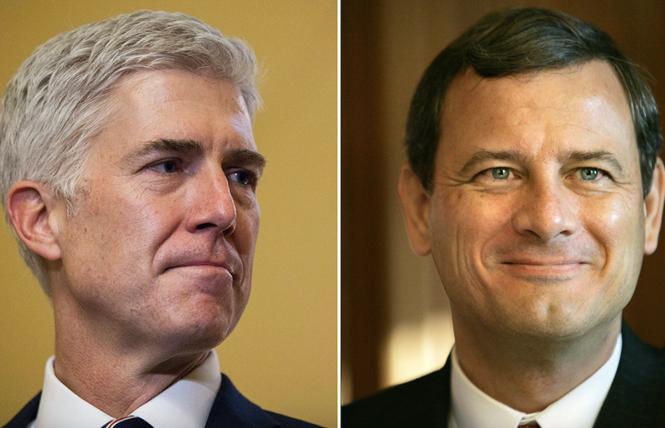 The real vice of Dred Scott was not its ruling that Congress could not prohibit slavery on U.S. territories (a ruling that could be circumvented by territorial officials banning slavery — which California did in its 1849 Constitution before it became a state), but its alternative holding that persons of African descent — even if NEVER slaves — were not citizens of the United States. Why? Because the court argued that the Founding Fathers only intended white people to be full citizens. Here is what seven members of the court actually said in Dred Scott v. Sanford (1857) 60 US 393, 404: "They [African Americans] were at the time [1788] considered as a subordinate and inferior class of beings who had been subjugated by the dominant race [whites], and, whether emancipated or not, yet remained subject to their authority, and had no rights or privileges but such as those who held the power and the government might choose to grant them."

Since Dred Scott was born in America, he was "a natural-born citizen" under the Constitution's plain language. The court majority overlooked the plain text in order to protect slave-owner interests.

This ruling came over a vigorous dissent, and resulted in a political backlash in the North, leading to the election of Abraham Lincoln.

I have no doubt that most of the founders did not want even free African Americans to be able to vote or hold public office. However, as Curtis pointed out in his dissent, the Constitution contains no clause excluding African Americans born in the United States from citizenship on the basis of their race.

Bostock involved a similar conflict between statutory language and judicial opinions about "original intent" of such language. Title VII plainly prohibits almost all employment discrimination "because of" "sex." The statute uses the word "sex," not "gender" and it says "because of" not "solely because of." Six justices, including Roberts and Gorsuch, concluded that a prohibition on firing an individual employee "because of sex" necessarily precludes firing of that employee because he is a man who prefers sex with men, a woman who prefers sex with women, or a person who choses to live life as the opposite gender than assigned at birth, because all such firings involve "sex."

I believe the six justices are correct about the unambiguous statutory language.

Do I think Congress was even thinking about the issue of LGBTQ rights in 1964? No. But that is irrelevant.

When adopting laws involving "big picture" issues such as discrimination, no lawmaker can foresee every application of the laws or constitutional provisions he or she drafts.

I am certain that when the 14th Amendment was ratified in 1868, its drafters didn't foresee that "equal protection under the laws" would be used to challenge laws that discriminated against women. Why? Because in most states, women lacked property rights equal to men and were barred from many professions, including practice of law. No state allowed women to vote until Wyoming was granted statehood in 1890, as women had gained the right to vote in the territory in 1869. An "1868 understanding" of equal protection did not stop the U.S. Supreme Court from later invalidating laws that restricted women from serving as probate administrators, or gave women fewer military benefits than men.

Gorsuch's majority opinion notes that the Supreme Court had already applied Title VII to forbid some discriminatory actions by employers the drafters probably never contemplated: i.e., allowing a suit by a male employee against a male boss for sexual harassment, forbidding an employer from charging female employees higher benefit assessments (even though the policy was based on the actuarial fact that women live longer), barring women from certain jobs due to pregnancy (only women get pregnant).

I believe that Gorsuch and Roberts were statesman who saw the court would face widespread public disrepute if it ruled that LGBTQ employees had "reduced" civil rights compared to heterosexuals. The real vice of Dred Scott was that it declared African Americans to be second class citizens: Gorsuch and Roberts did not want to repeat that mistake.

Arlo Hale Smith is a gay San Francisco resident and attorney who once served on the BART board of directors and the SF Democratic County Central Committee.