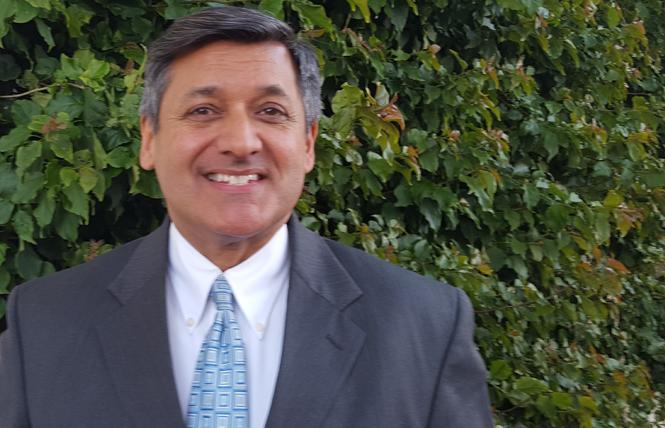 Working from his home since March due to the novel coronavirus outbreak, San Francisco Treasurer-Tax Collector José Cisneros is confronting the biggest economic crisis of his political and professional career.

Cisneros, a gay man, has overseen collection of the city's taxes and financial investments since being appointed in 2004. After winning election in 2005, he has been uncontested for the position, which is not term limited, and was just re-elected to another four-year term last November.

Having help lead the city through the economic turmoil brought on by the 2008 recession, Cisneros told the Bay Area Reporter in a recent phone interview that the challenges the city faced then pale in comparison to what it is contending with today.

"While many of us were impacted, the biggest pain was on a lot of big corporations and particularly the big banks. We even saw a huge investment bank, Lehman Brothers, go out of business; it totally collapsed and failed," recalled Cisneros. "The bulk of the crisis there was in the financial system and that drove us crazy in a lot of ways. It didn't have much immediate impact on smaller businesses and individuals the way this has just hit everybody really hard in a really fast way. Many businesses, large and small, suffered in 2008 and 2009, but it wasn't like now with 26 million people on unemployment in the U.S. or losing their jobs."

Because the investments he oversees are not in the stock market but in savings bonds, Cisneros said there is no impact to the principal invested but the amount of interest accrued has dipped slightly.

"I am here to guarantee you all our taxpayer money we invest is all safe," he stressed. "We have them in the very safest investments we can have."

Working in conjunction with Mayor London Breed and the Mayor's Office of Economic and Workforce Development, Cisneros has been trying to offer as much fiscal relief as he can to small business owners and homeowners in the city who have been severely impacted by the orders for nonessential businesses to shutter their doors and for most people to sequester themselves at home in order to slow the spread of the virus. Those orders are currently in place through May 31, though some restrictions are slowly being lifted as the number of newly infected people begins to dip.

"We knew this crisis would hit small business hard and last at least a few weeks if not a few months," said Cisneros. "Right now, everything is in turmoil. They are doing everything they can to pay their rent and to support their employees. But small businesses don't have deep pockets. We wanted to do everything we could to make sure they were going to survive."

With only a bare minimum of his 200 staff members continuing to work at their City Hall offices, Cisneros worked with the mayor and supervisors on delaying collection of property tax bills that were initially due April 10. They are now due May 15 and the treasurer's office will be open from 9 a.m. to 4 p.m. May 13 and 14, and from 9 a.m. to 5 p.m. May 15 for people who can't pay their bill online or by mail.

People will need to wear a face mask, bring cash and their property tax bill stub, and enter City Hall from the Grove Street entrance. In announcing the new deadline for payment, board President Norman Yee stressed that those taxpayers unable to meet it because of the COVID-19 health emergency can apply for penalty waivers.

"We recognize property owners are struggling and we are working with the Office of the Treasurer & Tax Collector to ensure that additional customer service and support are offered," stated Yee, who represents District 7.

Miklos Ringbauer, a gay man and member of the California Society of Certified Public Accountants, told the B.A.R. that cities postponing the due dates for taxes does "significantly help" in the short term.

"Although, at this point, it is going to come back and be an issue because the city needs the revenue to keep their lights on," said Ringbauer, whose Los Angeles-based firm works with clients throughout the state.

San Francisco leaders early on notified small businesses with up to $10 million in gross receipts that they could defer their first quarter businesses taxes until February 2021 without having to pay any interest, fees, or fines if they did so. By the end of April 8,000 businesses owed, on average, $5,000 to the city, said Cisneros, money he now doesn't expect to collect until next year.

"One way to think about it is normally they would have had to pay that $5,000, and we turned around and gave them a loan of the same amount," he said. "We said they could keep that money and pay that next year and not pay interest. It is similar to a 10-month interest-free loan on whatever their payment would have been."

Another step his office spearheaded was delaying $49 million in business fees merchants normally would have had to pay the city in March. It was first pushed back to July and then out to September.

"Again, we are taking all the steps we can do in partnership with the mayor done through her emergency powers," said Cisneros. "We are doing all we can to lighten the load during these difficult times to let businesses get back up on their feet before we hit them with these kinds of bills."

City Hall also created a $10 million fund for local businesses to provide up to 40 hours of paid sick leave per employee and a $9 million Emergency Loan Fund to award up to $50,000 in zero interest loans to individual small businesses.

The city also issued a moratorium on commercial evictions for small and medium sized businesses that can't afford to pay their rent due to being forced to close. It also created a special website at www.oewd.org/covid19 where businesses can find various resources.

"What we saw when the coronavirus crisis hit was a lot of businesses were really impacted. Many businesses, many small businesses closed and were bringing in no revenues," said Cisneros. "We wanted to see what we can do to relieve financial burdens on them while they were closed or their revenues were delayed or whatever." 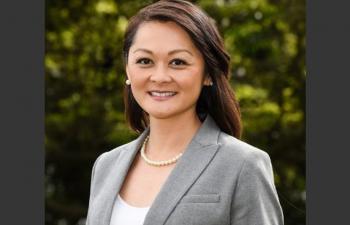 Task force
Cisneros is also co-chairing the city's COVID-19 Economic Recovery Task Force along with Assessor-Recorder Carmen Chu, San Francisco Chamber of Commerce President and CEO Rodney Fong, and Rudy Gonzalez, executive director of the San Francisco Labor Council. Chu's office has also been working to provide relief to business owners, such as delaying their filing their business personal property taxes until June 1 since her City Hall offices are also currently closed to the public.

"I think the city does recognize many of the challenges people are facing," Chu told merchants in the city's LGBT Castro district during a virtual town hall last month. "There is record pain being felt across San Francisco by workers and businesses, so we recognize that."

She stressed that those business owners struggling to pay their rent need to reach out to their landlords and lenders to see if they can strike a deal on how to cover their costs going forward. At some point the ban on commercial evictions will lift and businesses will need to pay their rent they deferred.

"Eventually that rent is going to be due. The question is what do you do the whole time having no income from your business. Reach out to your landlord to see about any possibility to negotiate how it is you might be able to pay that back," noted Chu. "It is better to begin now talking to your landlord to see what can be done to defer it or arrange some other type of payment. We hope it can be a win-win situation for the landlord and the business."

The city's task force has recruited more than 100 people to serve on it and is divided into committees with specific focuses, such as different industries or issues. It has been surveying business owners and others in the city about what their needs or and what ideas they have for how the city can offer assistance.

"It is really important for businesses to articulate what they need to get through this process," said Chu. "We know that even though we are far from the end of the public health crisis, we really need to do work to put us in the best place possible for San Francisco's economy to come back."

Gay District 8 Supervisor Rafael Mandelman told the B.A.R. he has confidence in Cisneros and Chu helping to craft a plan for how the city will climb out of the economic pit brought on by the health crisis. It is helpful, he noted, to have "confident, effective City Hall leaders" who are a bit removed from day-to-day politics helming the response.

The city is already looking at a deficit of hundreds of millions of dollars in its current budget for this fiscal year, which ends June 30. And it is already projecting a deficit of upward of $1.7 billion over the next two fiscal years.

He supported the decision to extend deadlines for business and property owners to pay certain taxes and fees. And he acknowledged "there will be some anxiety" about meeting the May 15 deadline to pay property taxes.

"There is still going to be a process for requesting waivers of late penalties where there are hardships. That is going to be a hardship for people who can't pay their property taxes," said Mandelman.

For those who can afford to pay their taxes, it is important for them to do so, noted Mandelman, as the city is required to send "a big chunk of it" to the state government in Sacramento, which is also grappling with mounting budget woes.

"Our obligation for sending that money is regardless of if we are collecting it," said Mandelman.

The task force expects to report back on its suggestions by the end of this month, Cisneros told the B.A.R. Having lived in the city for more than 25 years, he said he is confident its residents and businesses are up to meeting the challenges wrought by the health crisis.

"We are not going to bounce back to business as usual anytime soon," he said. "But I have faith in this city. We can weather this crisis like any others we have faced."