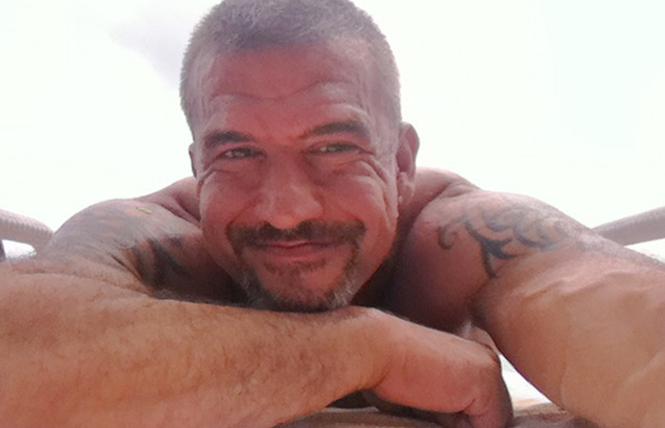 Born in Los Angeles on February 4, 1963 to Emma and Mike Shelbi, "Nicky" was raised in Glendale with his beloved sister, Elaine, and attended elementary school at the Pokrov Russian Orthodox Church. Later, he attended Herbert Hoover High School in Glendale and the San Francisco Art Institute.

Nick was a part of many different communities and had a wide and diverse circle of friends throughout the world. Proudly gay, he was loved for bringing joy and laughter to even the darkest of situations. Nick was active in the leather community and was named San Francisco Mr. Drummer 2000.

Nick's spirit lives on in the loving memory of his partner, Marco Regotz, of Zurich; sister and brother-in-law, Elaine and Peter Adams of Pasadena, California; Jesse DeGuia and Bruce Weinberg of Los Angeles; Terry Beswick, Jeff Cilione, and Arlen Lasater of San Francisco; and many other friends.

A memorial will be planned in San Francisco when possible. Details will be provided on Nick's Facebook memorial page.