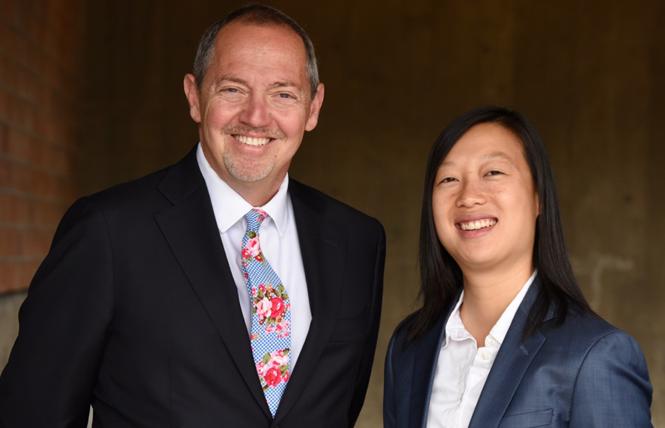 The San Francisco Democratic County Central Committee is the governing body of the local Democratic Party as defined in California's Government Code and Elections Code. The DCCC is comprised of local Democrats elected by voters in each Assembly District, as well as partisan-level Democratic elected officials and nominees who serve as ex officio officers. Voters in San Francisco's two Assembly districts — the 17th and 19th — get to vote for up to 14 and 10 people, respectively. In recent years, many of the candidates have been elected officials, because they can raise unlimited funds to use to their advantage. This rush for dollars and influence tends to crowd out grassroots activists (the future talent of the party) because they lack the name recognition and financing to match what elected officials have at their disposal.

We debated quite a bit as to whether we should make endorsements in these races at all. In our questionnaire to the DCCC candidates, we asked, "Why should elected officeholders run for DCCC when they have full schedules and the committee has traditionally been a springboard for non-elected people to gain experience, particularly now that there are term limits for most offices?" One AD 19 candidate, queer BART board member Janice Li, provided an answer that made us reconsider. "That's a really fair question, and if elected in this role, I would be open to push for reform to rethink what the purpose of DCCC is and what the representation should look like," she wrote. "I do think that 'full schedules' can be unfairly limiting. One could argue that parents with children are 'too busy' to engage in politics. In a lot of ways, politics systematically excludes parents, students, wage workers, etc. and others with 'full schedules.' So I would want to be mindful that we don't create the same stereotypes about who can/can't be committed to serving on DCCC."

Li brought up a couple of interesting points. One, that the local party should examine reforming the membership. Perhaps ex officio seats might be reserved for San Francisco elected officials, such as members of the Board of Supervisors, school board, and community college board — each board is represented by DCCC candidates on the March 3 ballot. In this way, seats could be freed up for grassroots candidates, which is critical for the party's future. Another point that Li raised is also valid: namely, only candidates can decide whether they have the requisite time to abide by attendance rules to serve on the DCCC if they are also elected to another position.

Ultimately, we chose to make recommendations of elected and non-elected candidates for the DCCC. We did not select the maximum number of candidates, and we did skew heavily toward qualified LGBTQ people, though there are some straight allies as well. All of the candidates we picked completed our questionnaire, which is the first step in our endorsement process.

We want to give a shout-out to SF Democratic Party Chair David Campos, a gay man who has really worked to make the local party proactive and inclusive. During his tenure, he has implemented programs like the San Francisco call office for Democratic candidates during the 2018 midterms, which was unprecedented — and successful, helping to flip red congressional seats to blue. He recently told us that he'd like to be reelected party chair; we'd encourage the successful DCCC candidates to support him in April when they choose officers.