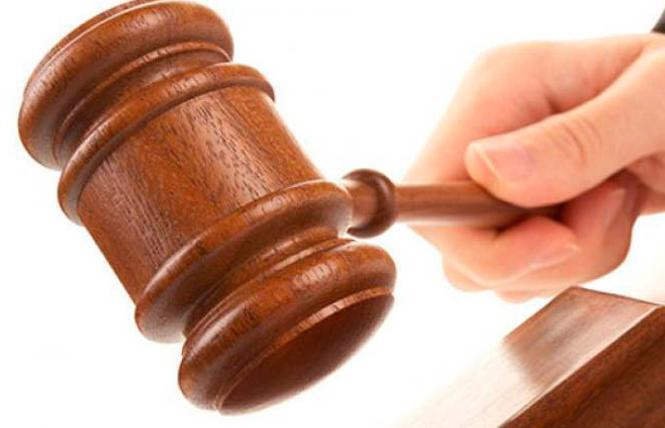 The man who pleaded guilty to misdemeanor counts of vandalism and false imprisonment stemming from an elder abuse case has completed his sentence.

As the Bay Area Reporter reported January 8, Natthakarn Laohacharoensombat, 34, who goes by "Ray," had four of six charges against him dismissed at a July 8 hearing when he was ordered to complete 24 anger management classes, according to trial records reviewed by the Bay Area Reporter.

The charges stemmed from incidents involving a 63-year-old man he was allegedly caring for.

At a court hearing January 31, Deputy Public Defender Nikita Saini said Laohacharoensombat had abided by the terms of the agreement and moved that his arrest record be sealed.

"Mr. Laohacharoensombat has completed 50 anger management classes," Saini said. "So today, this matter should be dismissed."

Assistant District Attorney Matt Donahue said that his office had seen proof the classes were completed.

Laohacharoensombat has been in his native Thailand since December 2019, according to posts on his Facebook page.

Claiming that he was "counting down my last 24 hrs. in San Francisco" on December 9, he flew to China the next day and went from there to Thailand, according to posts on his Facebook page.

At a January 8 court hearing, Assistant District Attorney Anthony Lombardo asserted that Laohacharoensombat had not showed up for all of his required classes.

"He no longer lives in the U.S.," said Deputy Public Defender Diamond Ward.

Lombardo challenged that assertion, and Colfax said that she would find out if Laohacharoensombat had, in fact, completed his classes before the January 31 hearing.

The charges Laohacharoensombat pleaded guilty to involved damaging the victim's eyeglasses with graffiti, causing damages of less than $400, and falsely imprisoning the elder he was allegedly caring for, according to a copy of the criminal complaint against him.

An individual once acquainted with Laohacharoensombat, who wishes to remain anonymous citing safety concerns, said that he is worried about him.

"He can be the sweetest, nicest, most likeable person and then he turns on a dime and becomes destructive to people and anything in his path," the person said. "He doesn't care who or what he's harming."

The B.A.R. has been unable to reach Laohacharoensombat for comment.

The San Francisco Public Defender's office and the elderly victim have not returned requests for comment.